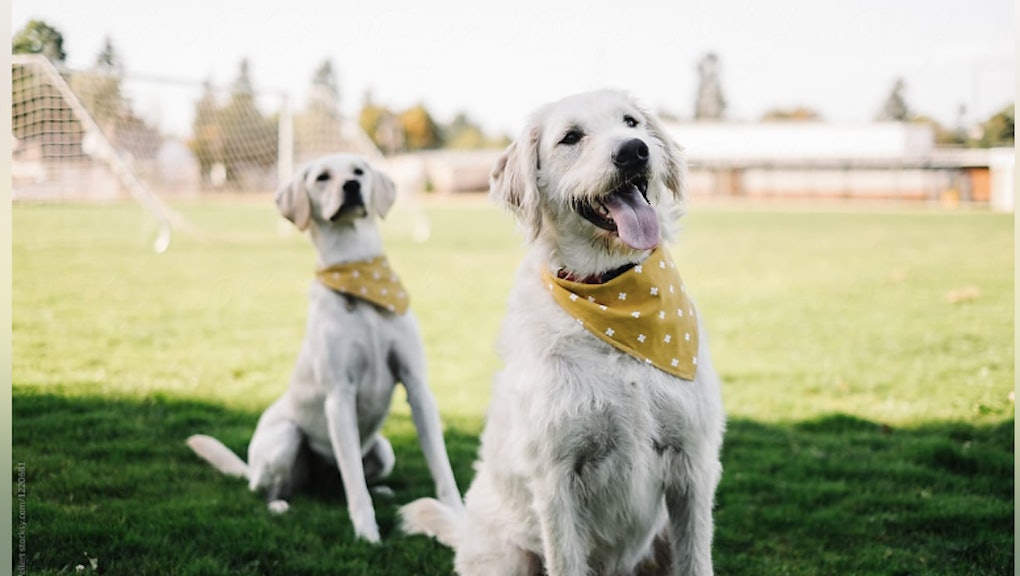 Should my dog socialize more? Vets weigh in

My dogs, David Bowie and Stevie Nicks, have a daily doggy play date. We meet David’s bff, Hygge, on the levee in New Orleans. Sometimes their friend Boggy comes, too. I call our pack the Breakfast Club. Before the Breakfast Club came to fruition, I could tell something was missing from David’s life. She drove Stevie, an older dog, crazy with her puppy antics and ate a lot of pillows. Everyone seems happier now, but like any parent, I’m just winging it and wondering if I’m raising these guys right. Do my dogs need to socialize more or is their event calendar perfect as is?

“Socialization” and “social needs” are both terms I’ve heard bandied about the petiverse, but I don’t actually know what they mean, and, it turns out that they are not the same thing. J.J. Rawlinson, a California-based veterinarian, schooled me on the difference. “Socialization occurs in the first four months of a dog’s life,” she says. “It’s the period of time when a puppy can become comfortable with a variety of people, animals, and environments.

The more exposure to new things in that period, the better. Beyond that time, studies show that dogs’ general perceptions and habits are established.” After that phase, Rawlinson says, dogs need social training to learn to adjust their habits, as well as build bonds with pet parents and ideally, other animals too.

Because socialization largely occurs at a certain time in your dog’s puppyhood, it’s important to expose puppies under 12 weeks to a wide variety of positive experiences. Doing so will make them more friendly and less fearful in general. It’s also important that dogs continue to have social lives as they grow and age. But, what exactly does that look like? Should I be taking my dog to the dog park? Doggie day care? Dive bars?

About half of the experts I spoke with vetoed the dog park. “Dog parks are filled with bacteria and parasites that can make them sick,” says Russell Hartstein, founder of Fun Paw Care, a dog training company. “Dogs get bullied and pick up poor behaviors from badly behaving dogs at dog parks where some dog parents are not aware and attentive.” While this anti-dog park stance is consistent with my own opinion and experience (the only time Stevie has ever been sick is when she caught giardia at a dog park in Houston), I wanted more intel before I swore off this doggy haven, loved by so many people.

As I expected, some vets are all for the dog park, albeit with some caveats. “At dog parks, your dog will have other dogs and people to interact with. They also will use up their excess energy and will be easier to train. Dog parks will teach your dog to share with other dogs and how to behave around other people,” says Sarah Ochoa, a veterinarian and a consultant for DogLab, an informational database for dog lovers.

But you can’t just unleash your pup and check out, says Rawlinson. Whether or not your dog has a good experience at the park depends on you, their human. “When arriving at a dog park or other social gathering, stay with your dog while they play,” says Rawlinson. “Give them some space, but monitor their activities. Make sure that communication between each dog continues to be fun and safe.”

Your dog is a social animal, but just like you, she probably doesn’t want to rage at big dog park parties all the time. Dogs need to have a variety of social experiences and alternate activities, says Jodie Havens, a dog trainer in San Diego. She suggests taking your pup to doggy day camp, if you can afford it, in tandem with visits to a dog park. “Go for walks in new environments and allow for plenty of sniffing,” she adds. “It’ll not only keep them active and excited, but it’ll also help them develop socially and cognitively by learning to acclimate to different personalities and differing environments.”

We have a tendency to think of dogs as pack animals, but some research shows that they have become more dyadic since we domesticated them, Havens tells Mic, which means that they thrive in playgroups of twos. I see evidence of this in the Breakfast Club every morning. Usually, two dogs are playing intensely while the others run alongside them, barking encouragement. Stevie is usually herding the group and doesn’t love rough play. Like any animal, your dog has preferences. Rawlinson says, “Activities like parallel walks, one-on-one play, solo play with humans only, or larger play groups can all be viable activities for different dogs.”

This article was originally published on Oct. 11, 2019

More like this
Should vaccinated people wear masks indoors?
By Peter Chin-Hong
What is an e-bike and should I get one?
By Caroline Shannon-Karasik
Here’s who might need a COVID-19 booster ASAP, according to Dr. Fauci
By Tracey Anne Duncan
Stay up to date