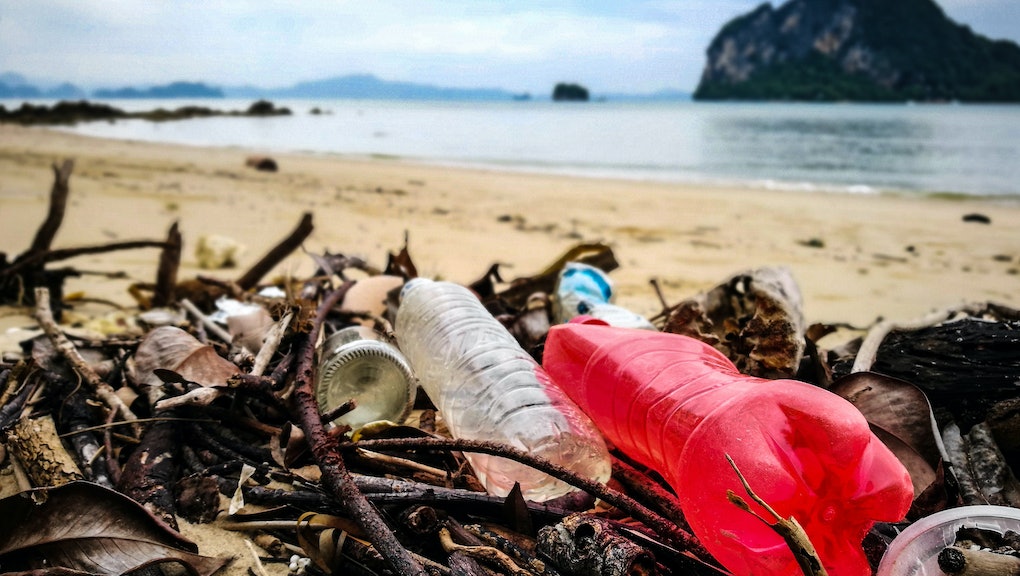 Plastic is a major contributor to climate change. Not only can it pollute bodies of water, but making plastic requires the extraction of fossil fuels which can create greenhouse gases and damage forests. Now, numerous states are taking action, most recently with Hawaii's Oahu banning single-use plastics.

With over 70 percent of the state's population, Oahu is Hawaii's most populated island and it's also where you can find the state's largest city, Honolulu. This week, the Honolulu City Council passed Bill 40, banning businesses and restaurants from nearly all takeout plastics, rolling out over a 2-year period.

This isn't the first time Hawaii's taken action around plastic use. In 2015, Hawaii became the first state to pass plastic bag reduction laws in every county. That shouldn't be a surprise because as a chain of islands, Hawaii is uniquely impacted by plastic pollution.

Every year, 8 million tons of plastic ends up in the world's oceans, according to the UN Environment Programme, making it one of the major contributors to ocean pollution. The most frightening thing about plastic pollution is that nobody knows how long it takes to go away.

You'll often see people saying that plastic bags take 500 years to decompose, but some argue it could take as long as 1,000. Either way, it's a long, long time and plastic pollution can travel. In 2016, a yogurt cup that appeared to be from 1976 turned up on a Canadian beach.

Other states have started banning plastics, too. California banned single-use plastic bags in 2016 and New York followed in April 2019. However, Hawaii's Bill 40 did not pass without critiques.

Many small businesses in Hawaii were concerned about how the ban would impact them. Paul Kosasa, the CEO of ABC Stores, a chain in Hawaii, opposed the bill until lawmakers made revisions to it. For example, there's now exceptions for raw meat and fish products, which business owners said was important for consumer safety.

“While [the bill] is still not perfect, it did enough to alleviate our concerns,” Kosasa told HuffPost. “There’s more things that have to happen to it but there’s been enough changes to it that gives us some time to become more eco-friendly."

More like this
Eco-friendly houseplants: Here's how to ensure your indoor plants are good for the planet
By AJ Dellinger
Another reason to legalize weed: It'll be better for the environment
By AJ Dellinger
The G7 countries promised to go green, then poured money into fossil fuels instead
By AJ Dellinger
Stay up to date