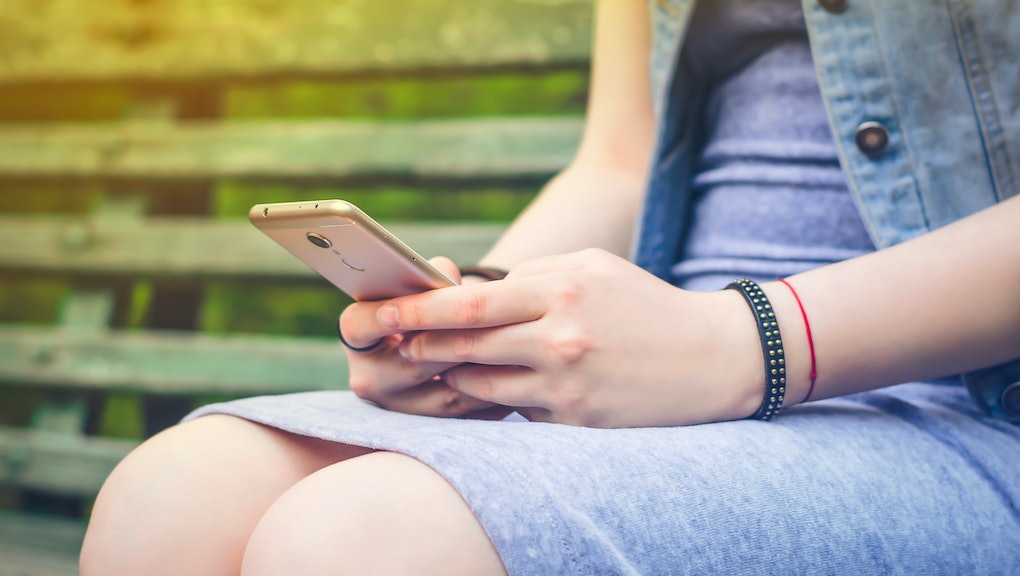 Choosing between a phone or computer to write an email is beginning to matter less and less. Researchers from Aalto University, located in Finland, have found that the typing speed of smartphone users is beginning to catch up to keyboard users. The key to their speed? Using their thumbs instead of an index finger to input text.

In this study of over 37,000 mobile users, the participants' using their thumbs averaged a typing speed of about 38 words per minute. According to the report's co-author, that's only 25 percent slower than the typing speeds they saw in another study of 168,000 keyboard typists.

The co-author, Anna Feit of ETH Zürich, noted that while it's possible for people to "type much faster on a physical keyboard," reaching speeds up to 100 words per minute, not many users are hitting that mark. "Most people achieve between 35-65 WPM," she said. The diminishing typing speeds on a computer keyboard, and the growing use of the smartphone, is allowing mobile users to catch up. In fact, the fastest mobile typist in the participant group was someone who could type an astounding 85 words per minute.

For anyone who wants hot tips on how to type fast on the phone, the researchers suggest using your thumbs. According to the paper, over 74 percent of participants used their thumbs to text. The difference between their speed and people who use their other fingers was "very large." Using auto-correct instead of predictive texting offers an additional speed boost; predictive texting requires the user to stop and pick a word, which isn't good if your goal is to be speedy.

Younger people were, of course, found to be faster at texting than folks in their 40s. But taking a formal keyboard typing class did little to help bridge the generation gap. That's because touchscreen keyboards seem to be in a class all on their own.

"This is a type of motor skill that people learn on their own with no formal training, which is very unlike typing on physical keyboards," said Antti Oulasvirta, a professor at Aalto University, in a statement to the AAAS. The implications of the differences make it "an intriguing question what could be achieved with a careful training program for touchscreens."

The research team believe that as mobile keyboards improve with auto-correct and touch commands, the difference between the typing speeds — something the authors of the study called a "typing gap" — will become smaller. If you're interested in testing how fast you can type on mobile, try out the research team's typing test. Remember to use your thumbs and enable auto-correct for a better score.