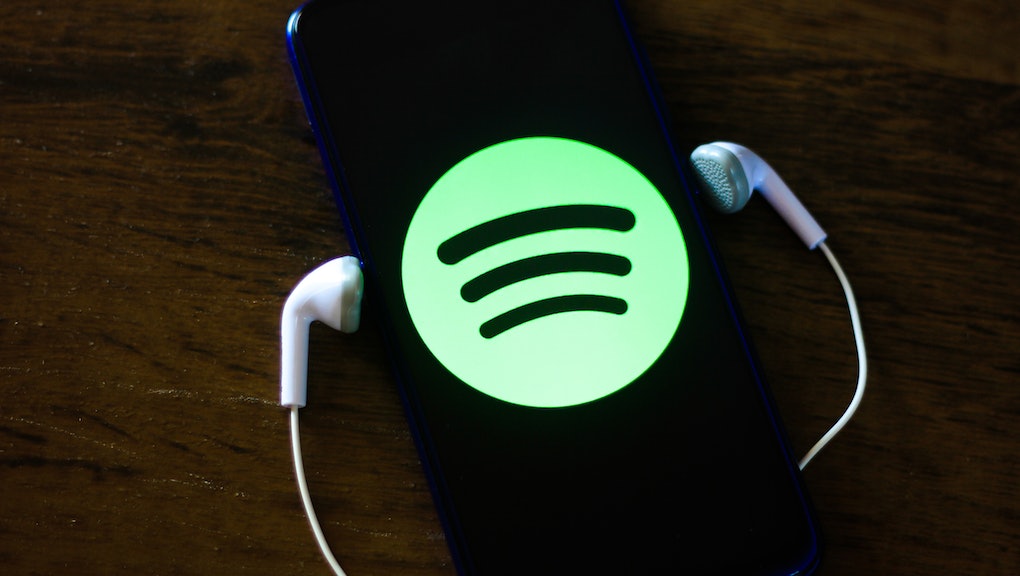 Spotify is the latest company to ban political ads

As the 2020 presidential election nears, political advertisements only intensify. Some platforms, like Facebook, Google, and Twitter, have taken steps to address the issue of misinformation in political ads — like the ads at the center of the Russia investigation — to varying degrees of success. Spotify took the approach of announcing an outright ban on political ads in 2020. The company believes that it doesn't have an advanced enough vetting system in order to allow only legitimate advertisements.

“We do not yet have the necessary level of robustness in our processes, systems, and tools to responsibly validate and review this content,” a Spotify representative told Variety in a statement. “We will reassess this decision as we continue to evolve our capabilities.”

In the past, Spotify has run ads from Senator and presidential candidate Bernie Sanders, as well as from the Republican National Committee. The rule will cover all of Spotify’s exclusive content. Ads in third party content hosted on the platform will not subject to the ban. It is one of the more comprehensive bans to be put forth this year.

Twitter announced a similar measure in November. It was considered controversial because Twitter CEO Jack Dorsey said the ban would include issue-based advertising — some viewed this as a method to stifle the voices of grassroots advertisers. Still, the move was generally considered to be better than allowing political advertising, given the rampant amount of misinformation disseminated through social media.

Google followed in Twitter’s footsteps and announced later in November that they were no longer allowing political ads that microtargeted people based on their political affiliations or voting record, as well as not allowing advertisers to make grossly misleading comments. In a blog post, Google Ads vice president Scott Spencer explained that are changing the factors of how someone can be targeted by a political ad will be narrowed down to age, gender, and general location.

“This will align our approach to election ads with long-established practices in media such as TV, radio, and print, and result in election ads being more widely seen and available for public discussion,” Spencer wrote. Google’s new political ad policies will also apply to Youtube and display ads on third-party websites, according to Variety.

Meanwhile, Facebook has been the subject of a Congressional investigation for their lack of transparency about their ad purchasing process, and for the number of false and intentionally misleading advertisements that run on the site. Despite urging from politicians and the public, Facebook has yet to announce a concrete plan to address the way political ads are currently bought and utilized on their platform.

As the landscape of political advertising continues to evolve, the way in which information and misinformation are spread will continue to be a challenge. In a time when it has become easier than ever to avoid television and radio ads with the proliferation of streaming, people who are trying to get their messages to the masses are needing to be more inventive with how they can access people. The fact that Spotify, one of the largest music streaming platforms in the world, has joined ranks in putting a stop to unchecked political advertising is a promising development –– but as November 2020 looms closer, it will be interesting to see if these measures are enough to prevent a repeat of 2016.

More like this
Spotify has a new kind of Wrapped playlist that LGBTQ+ people will love
By Kyle Turner
“Exhilarating, joyful, and of course pretty scary": Musicians on the pressures of returning to the stage
By Kelly McClure
Willow Smith's latest interview proves "white people's music" doesn't exist, but racism does
By Keith Nelson Jr.
Stay up to date