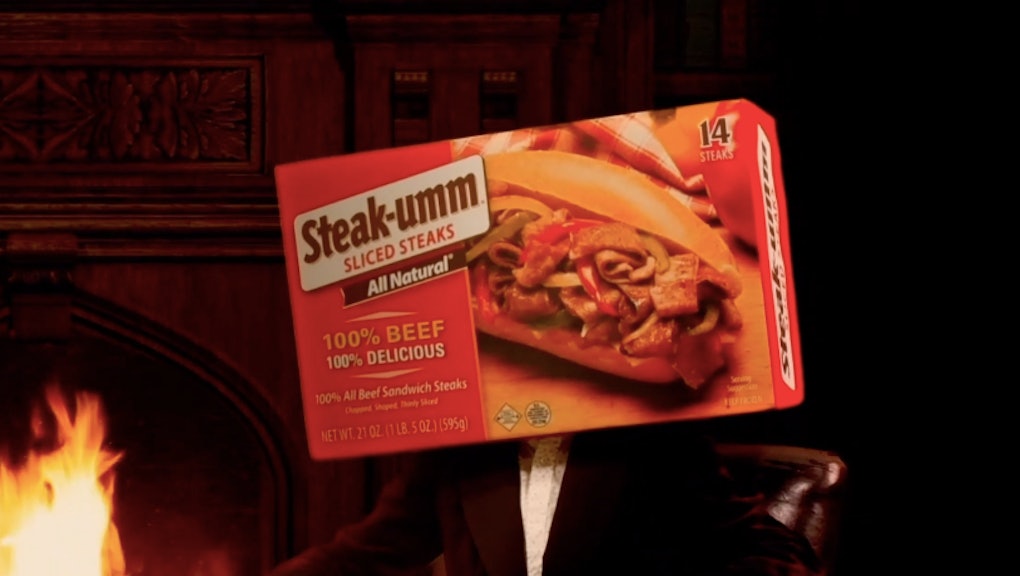 Steak-umm, the social justice warrior no one asked for, tweets fire once again

Like it or not, your favorite woke beef product is back, tweeting its little heart out about things you wouldn’t ordinarily expect meat to go in on: social justice, dismantling oppressive systems, and pandemic misinformation. Steak-Umm’s sometimes odd, smartly sharp social media account is lauded for its unique approach to audience engagement, which includes socially conscious philosophy like this:

Their recent viral graduate-level thread commented on the current state of distrust in the news and venerable institutions we’ve never before been able to question. Steak-umm Stans reveled in this thread about the politicization of science (I can imagine them nodding vigorously), as well as the power-that-be’s mishandling of a global crisis.

I’m not going to lie to you: It’s long, preachy, and a little culty — but the good kind. And it touches on stuff everyone with a brain has gotten riled up about in the past year-and-a-half. While this isn’t the first time Steak-Umm has entered social discourse in this way, the Twittersphere poured some A-1 on it and ate it up.

Steak-Umm made its first documented foray into social justice-oriented philosophizing in 2018, in an introspective Tweet about brands’ social presence. To be frank, it had everyone thinking a Steak-Umm employee took to their phone during a work-related breakdown. That wasn’t the case, apparently, but the thread went viral anyway.

Since then, Steak-Umm's Twitter has dropped threads on scientific literacy, critical thinking, cognitive biases, duplicitously woke brands, polarization, conspiracy theories and other heady topics. The account also got attention in April of last year for calling out misinformation about COVID-19’s (microchip-free) vaccines; the brand implored us to make informed decisions to the best of our ability and to not "let anecdotes dictate your worldview.” The account also got into a Twitter duel with the inimitable Neil deGrasse Tyson on the subjects of truth and science. According to a whole bunch of people on Twitter, the meat company son'd the beloved astrophysicist.

So who is behind the Steak-Umm mask? It’s not just one genius who tweets; a team of mad geniuses run the account through a marketing company. While it might seem strange to some that a processed food company would take this much effort to transform into Professor Steakumm when necessary, their strategy is actually the opposite of what we’ve been railing against lately: brands that stay silent just to be agreeable and sell their product.

Steak-Umm has been stuffing quick, at-home Philly cheesesteaks since 1968 so they deserve a chance to evolve into the unexpected, rambling social justice warrior that they now appear to be. And this left-field philosophical higher plane, coming from processed frozen beef … well, it just hits different. Yea, we're still a little confused about Steak-Umm’s motivations but if we’re hungry for the truth, Steak-Umm is ready to feed us.

More like this
What is sploshing, the food fetish that's taking over TikTok?
By Melissa Pandika
Brain scans revealed how racism weighs on Black women's health
By Sierra Carter
This anxiety study is a really passive-aggressive reminder that wealth equals happiness
By Ian Kumamoto
Stay up to date