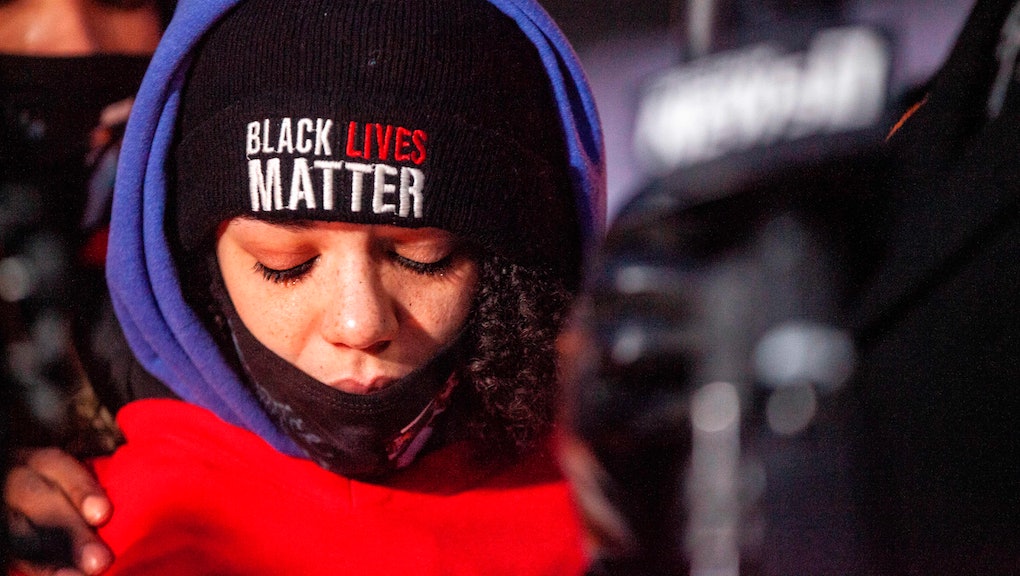 On Jan. 6, I received this text from one of my white friends: “Get on Twitter, I can’t fucking believe it.” I had just received news that my book proposal was picked up and for once, I was feeling optimistic about something positive happening for me during the pandemic. When I opened Twitter, videos of a mostly white mob storming the Capitol while chanting “Fight for Trump” and “Fuck BLM” flooded my feed.

Images of a noose and Confederate flags punctuated the Republican rage that exploded at the Capitol. An influx of Black and Brown votes had helped take down Trump and these insurrectionists were not happy that it was being made official.

Not at all to my surprise, the efforts to dismantle the attack were underwhelming. The National Guard was nowhere to be found. But my white friend — who had recently developed an interest in “current events” after a cruel summer of police brutality — struggled to wrap her head around how something so racist and horrific could play out in 2021.

A few days later, as think pieces about the attempted coup bombarded news sites and social media pages, this same friend sent me whatever she came across that offered a Black or progressive perspective on the attack — a perspective I had already developed as a Black woman, witnessing and experiencing racism my entire life.

Said friend sent me one story that called the rioters “terrorists,” and texted, “Have you read this? Curious to know your thoughts when you do!” It was as if she was putting me on to a concept that my non-white friends and I had figured out practically from birth. Instead of sending this article to another white person, who might actually become educated from the read, my friend sent it to me, and then subtly demanded that I be willing to chat with her about it. This exasperating incident, unfortunately, is not an isolated one by a longshot.

As a Black writer who focuses on race and culture analysis, I’m accustomed to people reaching out in my DMs and asking for my perspective, or sending me news related to whatever I’m already posting. Over time, it’s become quite frustrating that these same people who consider themselves part of the pro-Black liberation movement and progressive simultaneously demand Black people to educate them about traumatic events during their own time, for free.

While short explanations aren’t always taxing, we aren’t paid to educate anyone daily — instead, they should buy a book or watch a documentary. Put your money where your mouth is, or at least into a Black educator or artist’s pocket.

This essay, however, isn’t about the failed coup, as I have no interest in reporting on a ludicrous and embarrassing demonstration by self-identified “patriotic” Americans who reject democracy and uphold white supremacy. It is, in fact, about people’s reactions to the coup — and other racial injustices — which they insist that I participate in. Many non-Black progressives still find themselves shocked, asking me, of all people: “How did we get here?”

The answer, in short, is that we have always been here. But too many people have chosen to turn a blind eye, and have consciously decided to cast their attention away from the racism problem that has been present in America since European colonizers settled on Indigenous land. It signals that not only are whites and people of color living in two different worlds, we are living in two different realities. And sending me news related to my reality doesn’t help either of us.

To the white liberal, public acknowledgment of racially-charged current events sometimes brings about a feeling of social awareness. But how often does that newfound “wokeness” translate to crucial conversations about race with other white people?

I can confirm that none of the pieces I write about race are meant to educate Black people — most of my community knows the deal. My work however, along with all the other essays, infographics, and videos from other creatives and journalists detailing racism, is all meant for white people to read and learn from, and then hopefully pass along to and discuss with another white person.

When you fit within the demographic of the oppressor, there is very little benefit in sharing traumatic news with the people who fit within the demographic of the oppressed. “Doing the work” doesn’t mean sharing with your Black friend that you read a piece about yet another police brutality case and then commanding them to casually chat with you about it as if it’s the hot topic of the day.

Doing the work involves sparing them this secondary trauma which they did not consent to. Doing the work is sharing that piece about police brutality with another white person who might have looked the other way, and demanding them to engage with this human crisis.

As Rachel Cargle, a Black author and activist, so eloquently said in a recent Instagram post, “Stop sending trauma to my inbox and making demands. This is a reminder of my hard boundaries.” As a person of color, as a woman, and as an active news reader and advocate, I am more than aware of what is and has been happening in America. The 8 a.m. news report is my lived reality and it does emotional damage — it wounds my mental health, harms my community, and steals my joy daily. I do not have the option to escape it just by turning off the TV or taking a social media break, because I belong to the demographic being oppressed. The last thing I want to do, during a period of mourning and discomfort, is casually share my thoughts with white people who just a year ago would not pass me the mic.

Before the highly publicized season that George Floyd, Breonna Taylor, and Ahmaud Arbrery were killed, was the season Terence Crutcher, Philando Castile, and Alton Sterling were killed. Before the heavily reported attack on the Capitol earlier this month was the Gretchen Whitmer kidnapping plot, just three months before, where 13 American terrorists planned to kidnap the governor of Michigan after President Trump continuously attacked her on Twitter.

Systemic racism is not new, cops aiding white supremacy is not new, and white Americans opposing democracy and progress is not new. It isn’t impressive to people of color that white adults are having realizations about the world outside of their privilege after a summer of being locked indoors with nothing to do but pay attention to the racism they ignored for most of their lives.

More like this
The push to legalize psychedelics has ignored Indigenous communities
By Suzannah Weiss
India's failed COVID response leaves young people scouring social media for oxygen
By Urmi Bhattacheryya
What are neopronouns and how do they honor identity?
By Tracey Anne Duncan
Stay up to date