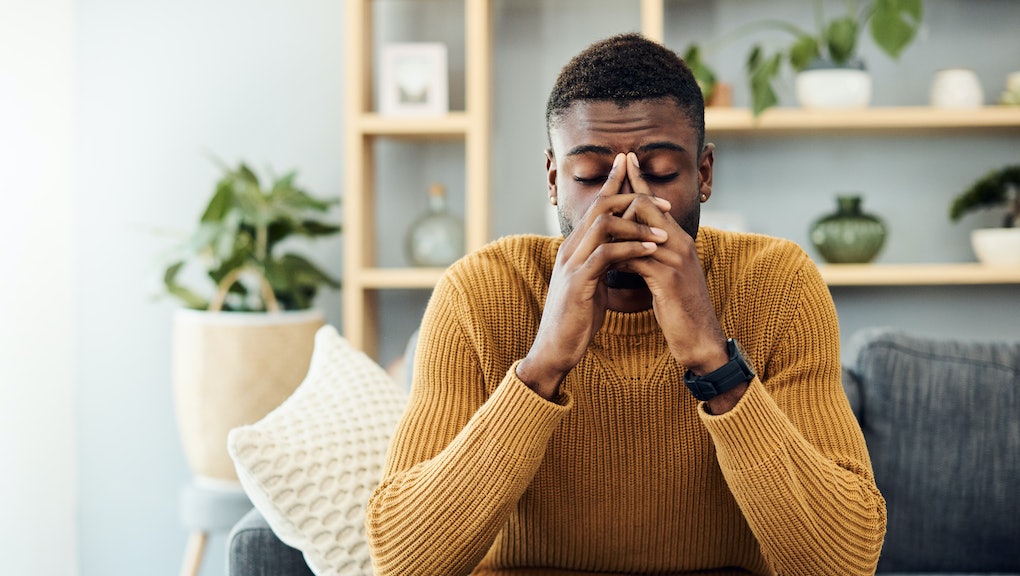 As an anxious person with an active imagination, I typically imagine ways I could die if I’m not careful. During the past few weeks, I've thought about fairly rare ways, such as coronavirus, of course, but also falling down the steps in my new slippers, swallowing a cherry pit would give me arsenic poisoning, or being hit by lightning when I was recently caught outside during a rainstorm. As a Black man living in America, I’ve added police brutality to the long list of things that my brain warns me could kill me. And with all the horrific videos on the news on social media, it’s painfully evident that kind of death isn’t rare anymore.

To live with police brutality as a daily reality really fucks me up. I hardly ever curse in my writing, but there’s no other way to describe how it feels: a constant, buzzing, undeniable stress that forms the base level of any other emotion that I’ve been feeling. With the murders of George Floyd and Breonna Taylor at the hands of law enforcement, police brutality is yet again at the forefront of the national discourse. It’s like the millionth sequel to a terrible movie that truly nobody asked for.

While I understand it’s both necessary and newsworthy to show injustice toward Black people, the constant reminders re-traumatize my brain every time.

This time, though, the response to their deaths has reached a tipping point, with protests erupting around the whole world. And while I ponder the possibility of change, there have been changes already happening inside my own body and mind that I can’t ignore.

Since most police brutality videos involve Black men and women, I’ve vividly imagined myself and my immediate family in these situations, which is beyond traumatic. People sharing and retweeting these videos on social media and on news outlets doesn’t help the situation. And while I understand it’s both necessary and newsworthy to show injustice toward Black people, the constant reminders re-traumatize my brain every time.

Non-Black people definitely need to see this — they need it seared into their minds. But I already know about it. I am beyond aware of how centuries-old systemic racism continues to snarl and devour us. But whether I need to watch these videos, when they already loop through my mind on a regular basis, remains to be pondered.

Some mornings — as I drink my morning coffee or brush my teeth — my brain will involuntarily flash to an image of Philando Castile being shot in front of his family, or of George Floyd with a knee on his neck. Then I’ll remember that during protests for Floyd, HBCU students Taniyah Pilgrim and Messiah Young were tazed for “breaking curfew” while another vehicle nearby with white occupants remained unaffected. I watched that disturbing video all the way through right before bed.

Making something I find beautiful has helped to challenge the space all the ugliness of these images of police brutality take up in my mind.

I do watch these videos, sometimes. Other times, I avoid them, which I’ve felt oceans of guilt about — as if watching them in full made me a better Black person. The way I have been feeling isn’t just a result of an overly active psyche, I’m assured by Alfiee Breland-Noble, a psychologist and professor focused on removing the stigma around mental health in the African-American community. An Instagram video she recently posted called “Police Brutality, Sensitive Content + Mental Health in Black Communities” spoke to the way I have been feeling recently. “Secondary and tertiary trauma,” from repeated exposure to these horrifying, tragic, and often unnecessary events are absolutely normal, Breland-Noble tells me, when I reach out to her to chat.

“As it relates to traumatic experiences, it is vital that we as Black people and people of color understand that we can be activists, we can be passionate, and we could be in the flight to eradicate police brutality and unnecessary assaults that happened to men like Christian Cooper," Breland-Noble says, "without extending the trauma.” Besides social media solidarity, which she is building by posting videos to support her community in times like these, there are other ways to mitigate the pain.

I’ve become more disciplined about taking special precautions when navigating my day-to-day life, including finding time for simple stress-reducing activities. Speaking to friends who get it helps immensely, because I am spending less time and energy explaining my feelings and more time commiserating and comforting each other. One of my friends who gets it (and then some) is Latoya Peterson, the former editor of Racialicious, a blog about the intersection of race and pop culture and current CXO of Glow-Up Games, a gaming and tech company led by women of color. “It’s been very difficult to get headspace,” Latoya tells me, about managing work and life during this time. “I try to write in various formats. I limit the violence I am consuming in the media. I made a smoothie to make sure I still am eating or drinking something.”

Even though tuning out or focusing my mind elsewhere helps, I do take time to express my anger and frustration about seeing myself in the shoes of Castile, Floyd, Pilgrim, and Young images as well. And while I wade somewhere in the space between wanting to know everything and shutting down my Twitter, I realize that the only way “out” of feeling this way is figuring out how to move through it — as uncomfortable as that may be.

More like this
All 4 officers involved in George Floyd's death will face federal charges
By AJ Dellinger
4 signs you're done with therapy for now
By Melissa Pandika
Can delta-8-THC get me high without the anxiety?
By Melissa Pandika
Stay up to date