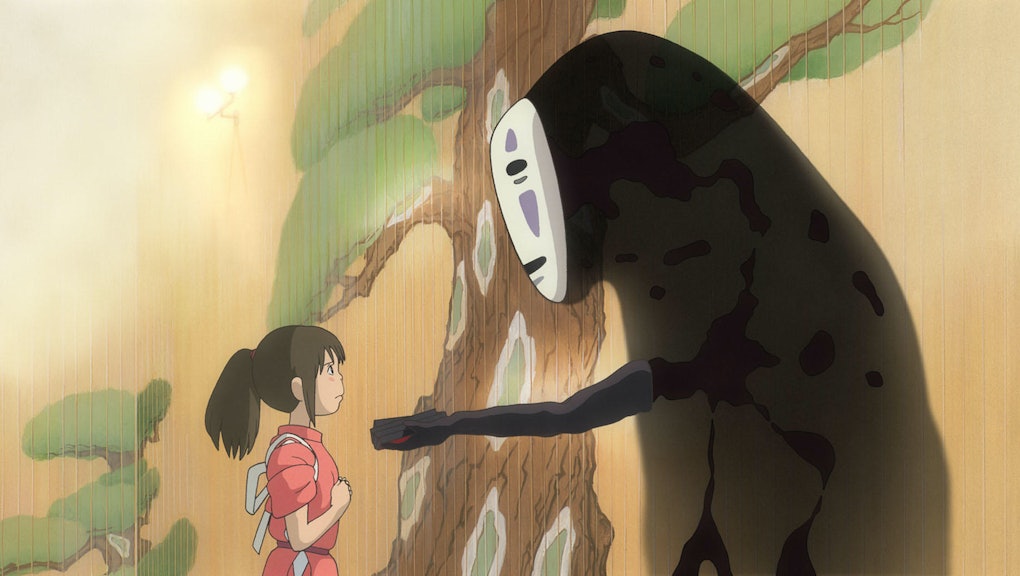 For the longest time, you had to be a real cinephile to have seen all the films produced by legendary Japanese animation house Studio Ghibli. Sure, lots of millennials loved Kiki’s Delivery Service when they were kids. And plenty of folks saw Spirited Away after it won Best Animated Feature at the Oscars. But lately, the famously secretive film studio has embraced the virtues of transparency in the digital age.

As though Studio Ghibli knew we’d need friends like Totoro to get us through 2020, the animation giant brokered a deal with HBO Max over the summer, making its entire film oeuvre available on streaming for the first time in the U.S. (Studio Ghibli films stream on Netflix internationally.) Also in the name of pandemic aid, the studio released official Zoom backgrounds earlier this year, to help fans turn their daily grind into a magical escape.

For its latest fan-oriented initiative, Studio Ghibli released 400 high-resolution images from eight titles in its library, available to download for free. There’s just one caveat, outlined in a note from Ghibli co-founder Toshio Suzuki: “Please use them freely within the scope of common sense.” Meaning feel free to share the stills on social media or turn them into fan art, but please don’t turn a profit on them.

The image library includes stills from three films by Studio Ghibli co-founder and legendary animator Hayao Miyazaki: Spirited Away (2001), Ponyo (2008), and The Wind Rises (2013). Two more are films made by his son, Gorō Miyazaki: Tales from Earthsea (2006) and From Up on Poppy Hill (2011). The other three, by various Ghibli collaborators, are The Secret World of Arrietty (2010), The Tale of the Princess Kaguya (2013), and When Marnie Was There (2014). Suzuki indicated more stills from additional Studio Ghibli films will drop at a later date.

This comparison might make Ghibli stans clutch their pearls, but Hayao Miyazaki is a lot like the Japanese Walt Disney. The prolific animator has been making films since the 1970s, and he’s still at it, with the hand-drawn feature How Do You Live? slated for, oh, maybe three years from now. Making a Miyazaki movie sounds like an extremely labor-intensive task:

“[For] the current film that Miyazaki is working on, we have 60 animators, but we are only able to come up with one minute of animation in a month. That means 12 months a year, you get 12 minutes worth of movie. Actually, we’ve been working on this film for three years, so that means we have 36 minutes completed so far. We’re hoping it will finish in the next three years,” Suzuki told IndieWire back in May.

Let that be a lesson to you, kids. You better appreciate those high-res images Studio Ghibli just bequeathed on us all and use them wisely.