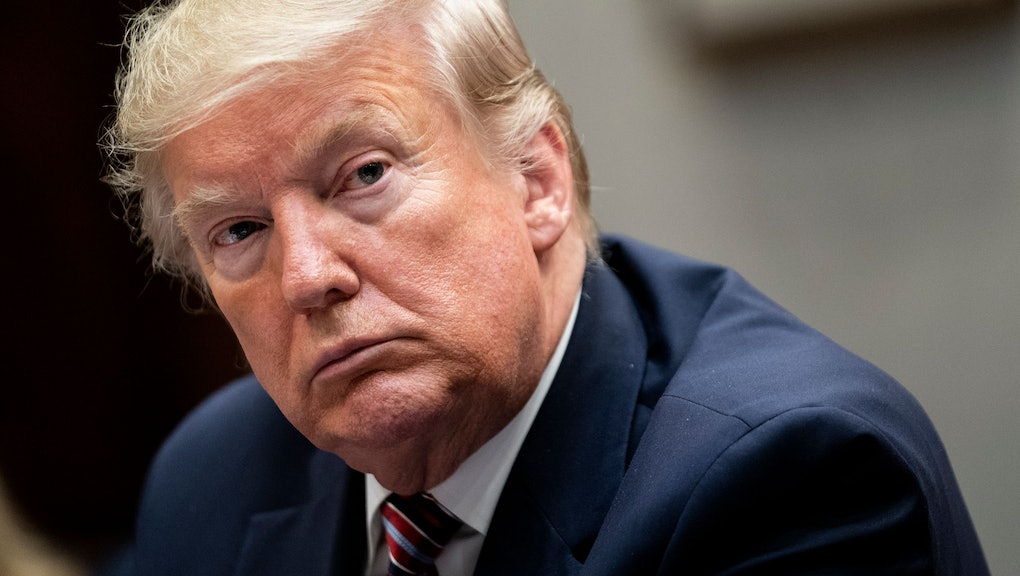 Since taking office, President Trump has done his best to keep his financial records from officials. However, Trump seems to be losing the battle. This week, the Supreme Court will consider Trump's efforts to shield his financial records, and it's his last chance to keep them out of the hands of investigators.

Multiple parties are trying to get ahold of Trump's financial records, including a couple of congressional committees and New York City investigators. The major issues at hand include potential conflicts of interests and constitutional violations.

The Supreme Court's hearing follows its decision to temporarily shield Trump's financial records from Congress last month. Its temporary order came after a lower court declined to revisit an October ruling, which stated that Trump needed to cooperate with a subpoena from the House Committee on Oversight and Government Reform.

Along with the House Oversight Committee, the House Ways and Means Committee is interested in Trump's records. In May, Treasury Secretary Steven Mnuchin and IRS Commissioner Charles Rettig defied subpoenas. In a letter to the committee's chairman, Rep. Richard Neal (D-Mass.), Mnuchin claimed that the request "lacks a legitimate legislative purpose."

Throughout the course of Trump's fight over records, his lawyers have seemed to cling to that argument. Trump has tried to frame these requests as politically motivated and a form of persecution that only he has ever been subject to.

Although a federal judge ruled that Trump needed to hand over eight years of records, he was granted a temporary stay. In response, Trump tweeted, "The Radical Left Democrats have failed on all fronts, so now they are pushing local New York City and State Democrat prosecutors to go get President Trump. A thing like this has never happened to any president before. Not even close!"

The idea that no other president's financial records have been requested isn't quite true. Most presidents have been quite open with their tax records, so nobody needed to ask for them or jump through the legal hoops that Trump's requiring.

With an impeachment vote for the full House pending, Trump's legal battles keep piling up. Currently, the Supreme Court holds a conservative majority at 5-4, so there are concerns that the justices will vote in favor of the president.

If it does, the Supreme Court risks being accused of "political favoritism," USA Today wrote, noting that the body ruled unanimously on demands for information from President Richard Nixon in 1974 and President Bill Clinton in 1997, requiring both men to comply.

As Reuters explains, Trump "must win twice" to successfully shield his records from the public. "First he must persuade the court to hear his appeals, and then he must win on the merits. If the court decides not to hear one or all of Trump’s appeals, some documents would then be handed over." Depending on how the court rules, news on the matter could come out as soon as Friday.

More like this
Universal basic income: Why doesn't the United States have it yet?
By Rafi Schwartz
Lindsey Graham just can't quit Donald Trump
By AJ Dellinger
Trump is having his best week since leaving the White House
By Rafi Schwartz
Stay up to date