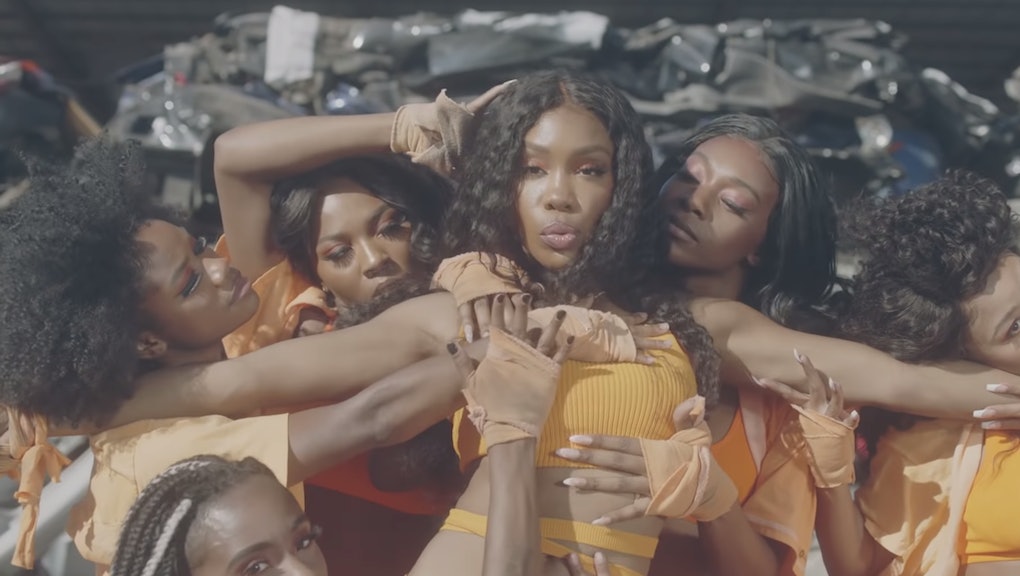 SZA's new song “Hit Different" is everything we could've hoped for

It’s been a long, long wait for new music from SZA. If we still listened to CDs, I would’ve worn out that disc by now from how many times I’ve queued up Ctrl in the last three years. Thankfully, this week brought excellent news: SZA is back with a new song, “Hit Different,” featuring Ty Dolla $ign and produced by the Neptunes, and it’s exactly the sort of gritty, lovelorn R&B track that first endeared the singer to her fans.

There’s a lot to celebrate about the new single and its mesmerizing video — which SZA directed. The visuals contrast broken-down cars and dusty hay bales with the glamour of the singer herself. It starts with SZA dancing in a junkyard with a group of women clad in orange. The video then cuts to clips of the artist seemingly covered in blood, at one point serenely sitting in a barn among all-white livestock.

The origin of the new track is legendary: “Hit Different” was produced by the Neptunes, and SZA recorded the track with them at DJ Khaled’s house, while he was away at the 2020 Super Bowl. The singer gushed about it in an interview with Zane Lowe on Apple Music 1: “I can’t really wrap my head around the experience,” SZA said. “I’m fangirling off of having a track produced by probably the most formative producers and artists for me when I was growing up. [...] I just cannot f*cking believe that, because it’s my childhood dream, and I can’t believe that I made things I that f*ck with, with someone that really changed my life.”

SZA noted they laid down five or six tracks during that session. And here’s the other fabulous Easter egg hidden in the video for her new single: around the three-and-a-half minute mark, “Hit Different” slides into another new song altogether. The tempo slows down and SZA climbs atop a caramel-colored leather pommel horse (that piece of gymnastics equipment with handles on top). The crooner is called “Good Days,” and according to Genius intel, it’s the opening track of her long-awaited second record. So despite publicly spatting lately with Top Dawg Entertainment's Punch about when to release her music, it looks like SZA’s long-awaited sophomore album is finally coming down the pipeline.