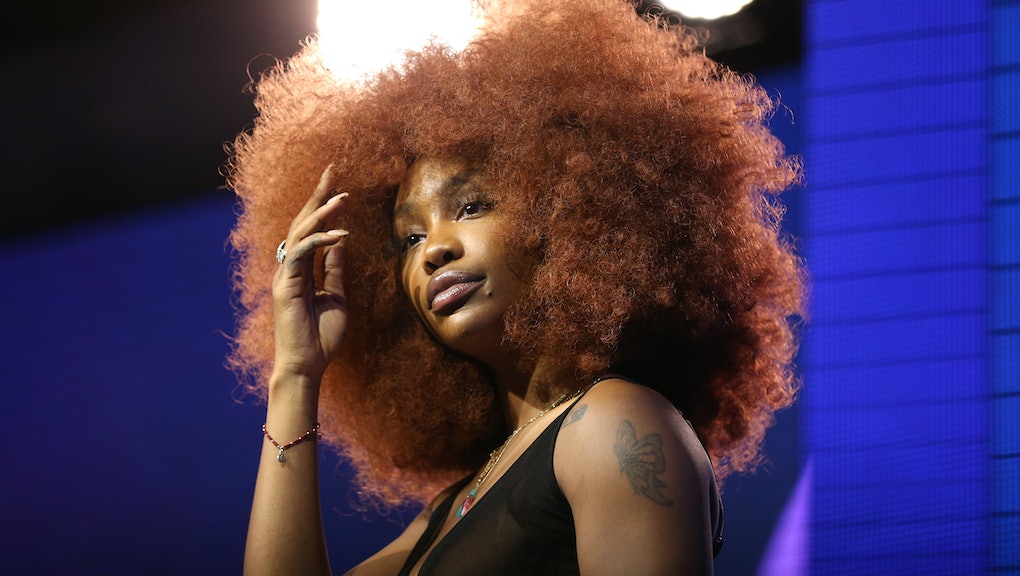 SZA's new album is coming in 2020. Here's everything we know so far

2020 belongs to SZA. The singer has been posting lovely vacation pics on Instagram, she’s got a new fitness regimen, and on Friday morning, she confirmed that she's releasing a new album this year. It will be her first since 2017's critically acclaimed CTRL, which was nominated for multiple awards, including a Grammy. She was a bit sparse with the details, but here’s what we know so far, based on her comments to fans on Twitter.

SZA and Top Dawg Entertainment's Punch have apparently discussed a release date, but SZA is hesitant to share it with her because she doesn’t want to put too much pressure on herself. That’s unsurprising considering how fans have reacted to other missed deadlines. Rihanna’s "Navy" nearly went into a full meltdown when she didn’t release an album in 2019, and Frank Ocean’s fans have done everything from harassing him online to booing Drake.

“I’d say the date me and punch jus discussed .. but that would stress me n build unnecessary pressure,” SZA wrote on Twitter.

There will also be at least one big collaboration. In the years since she released CTRL, SZA has worked with everyone from Maroon 5 to Kendrick Lamar. For her upcoming album, there will be more collaborations, including at the very least, Sam Smith. When asked if she would ever collab with them, she responded that it’s “already done.”

She also shared that she loved Billie Eilish’s new Apple Music concert, but it is unclear if that is simply appreciation or a hint that they might team up in the near future.

For now, that’s all she has shared about the upcoming music, but she also did reveal a bit more about how she is getting fit and staying healthy this year. And while it’s certainly no album, those insights were appreciated nonetheless.

An hour and 15 minutes of working out after drinking some green tea? We may not all be able to make an album about our tumultuous relationships for TDE or collaborate with some of the biggest names in the music industry, but we can at least try to get a daily sweat in.

More like this
Lil Nas X’s ‘Montero’ is a vulnerable guidebook on self-acceptance
By Brandon Yu
Steve from 'Blue's Clues' gave us the closure we didn't know we needed
By Kara Weisenstein
After shutting up for a minute, celebrities want everyone to listen to them again
By Brandon Yu
Stay up to date