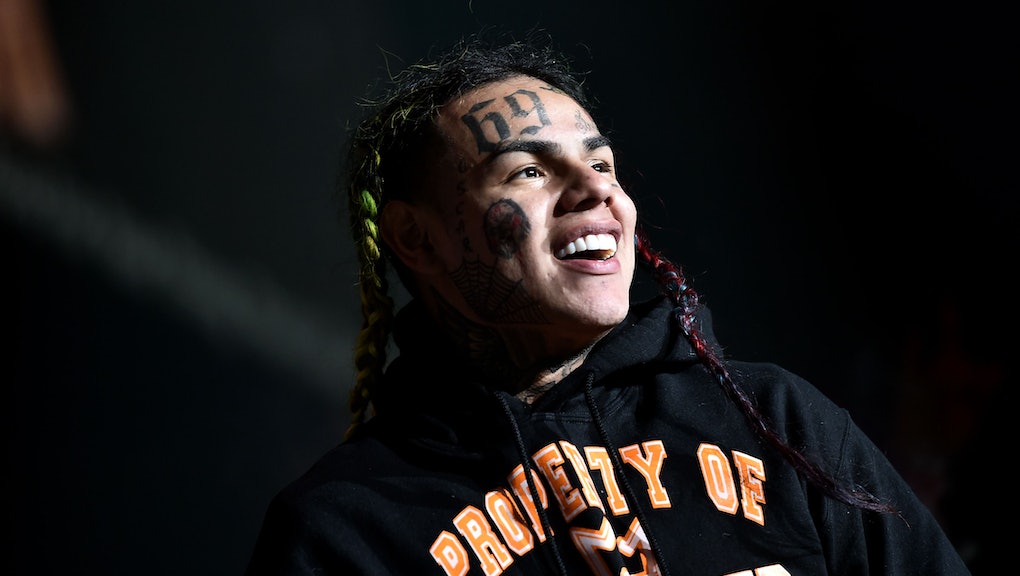 Tekashi 6ix9ine is getting a Showtime documentary

If Snapchat’s documentary series about Tekashi 6ix9ine weren’t enough content about the rapper turned federal informant, then I’ve got good news. Rolling Stone will produce SuperVillain, based on their 2019 feature on Tekashi. The documentary will air on Showtime.

According to Rolling Stone, the docu-series will be three parts and will follow the rapper’s rise from New York deli clerk, to Soundcloud star, to a convicted criminal who agreed to testify against all of his fellow gang members. President of Rolling Stone, Gus Wenner, says that Tekashi’s story “fits into Rolling Stone’s history of epic narratives about the most important and controversial artists of our times.”

Lightbox and Imagine Documentaries will also produce the series. Tekashi first rose to internet virality when he appeared on Trippie Redd’s “Poles1469.” By the time he was facing multiple felony charges for racketeering and firearms, as well as serving four years of probation for a felony child-sex charge, he’d already had billions of streams on his music.

“The bizarre and complicated rise of Tekashi 6six9ine is a story of our times,” Vinnie Malhotra, Executive Vice President of Nonfiction Programming at Showtime, told Rolling Stone. “Beyond becoming one of the most notorious hip hop artists of this generation, his story speaks volumes of the impact of social media and manufactured celebrity in our society. We’re thrilled to be partnering with such heavy hitters in the world of music and documentary to bring SuperVillain to life.”

Hernandez will receive sentencing related to his plea deal to the racketeering and firearms charges on December 18, 2019. Part of his plea including naming other gang members in the Nine Trey Gangsta Bloods in crimes he was accused of. At one point he even named Cardi B in the alleged crimes, which made the rapper the subject of extensive memes.

The series hasn’t yet been given a release date.

More like this
“Exhilarating, joyful, and of course pretty scary": Musicians on the pressures of returning to the stage
By Kelly McClure
An entire police unit just disbanded after a single officer was charged with assaulting a protester
By Rafi Schwartz
"She's gonna disappear": A GOP congressional candidate threatened to sic Russian hitmen on his opponent
By Rafi Schwartz
Stay up to date