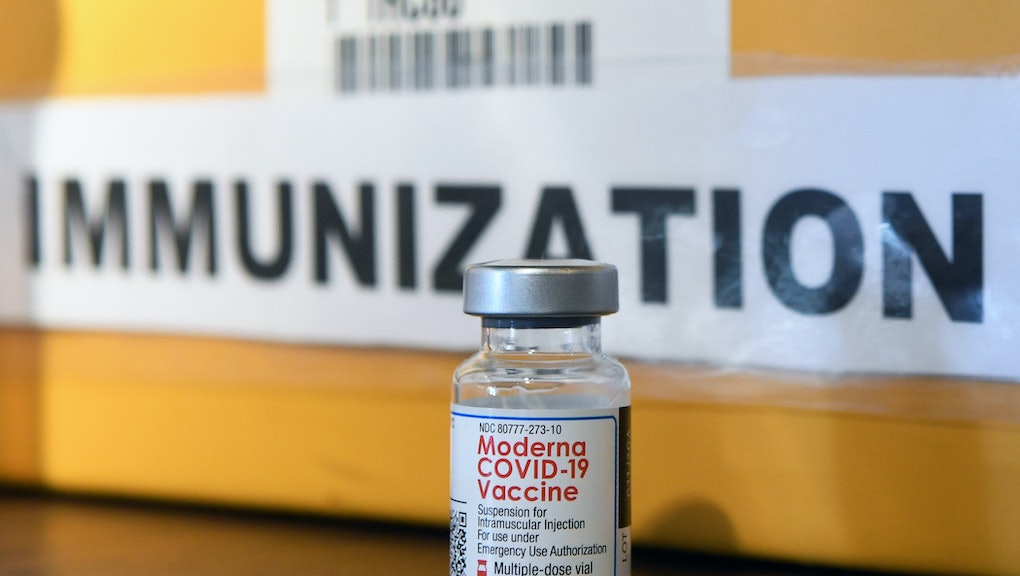 That new, even more infectious COVID-19 strain is popping up all over the country

There's something to be said for 2020's ability to kick us in the teeth from beyond the Gregorian grave.

Just as the government begins the excruciatingly slow, complicated, scattershot process of rolling out the much anticipated Coronavirus vaccine, a new, even more infectious strain of the COVID-19 virus has popped up in three states, leaving virologists scrambling to address what could become an even more dangerous chapter in the ongoing pandemic.

On Thursday evening, while most people were counting down the hours until the New Year, Florida's Department of Health announced the third known American instance of the mutated strain that has contributed to the devastating surge in cases across the UK in recent days. This past Tuesday, officials in Colorado confirmed that a man in his 20s with no history of travel had somehow contracted the new version of the virus. One day later, California officials announced a 30-year-old man had also tested positive for the new variant.

Importantly, like the Colorado case, health officials in Florida and California also believe their states' respective patients did not have a history of travel, making it much more likely that there are other, as of yet unidentified, people carrying this new version of the COVID virus.

While research into the new version of the virus, officially known as the B.1.1.7. strain, is still in its early stages, at this point the variant doesn't appear to be any more deadly, or severe than its predecessor. It is, however, estimated to be more than 50 percent more transmittable, which inevitably contributes to more infections, hospitalizations, and ultimately, deaths.

Terrifying as an even more contagious version of COVID may be, there is a glimmer of good news as well.

"We don’t wanna see a virus that has a greater capability of spreading," Dr. Anthony Faucci said on Thursday, just hours before Florida officials announced their state's case. "The other thing that is important and a favorable thing, it does not seem to evade the protection that’s afforded by vaccines that are currently being used."

In other words, getting a COVID vaccine is now more important than ever.

More like this
No, the COVID-19 vaccine doesn't mess with your fertility. But COVID-19 can
By Ranjith Ramasamy
Here’s who might need a COVID-19 booster ASAP, according to Dr. Fauci
By Tracey Anne Duncan
Sarah Sanders is here for the vaccine — as long as she can credit Trump for it
By Vanessa Taylor
Stay up to date