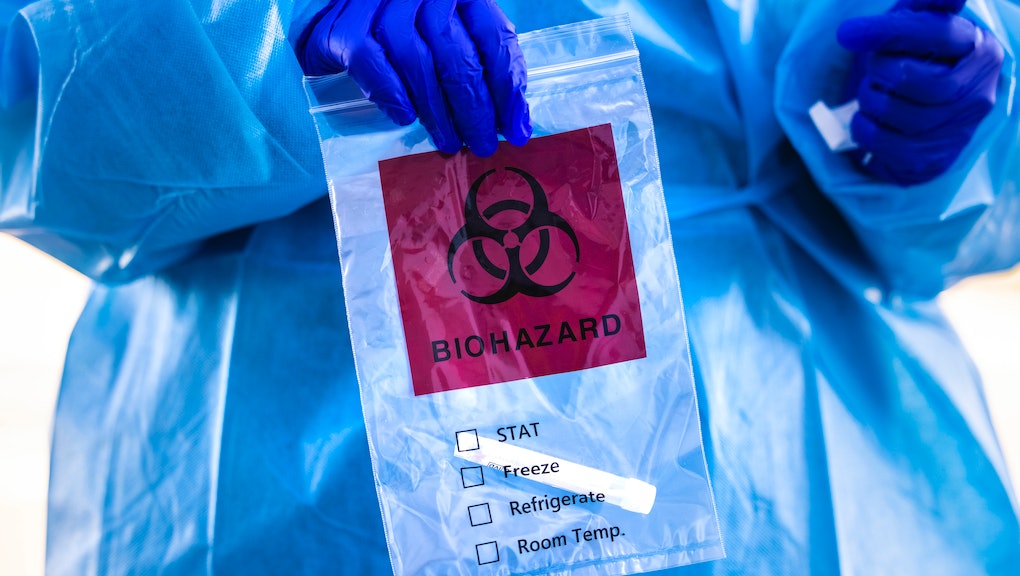 The new coronavirus strain has been found in Colorado. Here's what we know so far

Health officials in Colorado announced this morning that they have found two new cases of the COVID-19 mutation that is thought to have originated in the U.K. Health officials warn that this new strain of coronavirus — called the B117 variant — is more contagious than other mutations, according to USA Today. Here’s what we know so far about the cases of the new strain.

The first person with a confirmed case of this new mutation of coronavirus was announced in Elbert County, Colorado on Tuesday. The man who contracted this new mutation has been working in an assisted living facility in Simla, outside of Denver, USA Today reported. He has no travel history, which makes health officials suspect that the mutation has been spreading within the assisted living community, but there is no indication that the strain has spread beyond. The infected man is in his 20s and is in isolation, but is reportedly experiencing only mild symptoms.

Colorado officials announced this morning that they are investigating another possible case of the B117 variant. "We are aware of one confirmed and another possible case with the B117 variant of the virus," Rachel Herlihy, Colorado’s state epidemiologist, told USA today. The second person also has no recent travel history. Both cases are in members of the National Guard who were deployed to work in the Good Samaritan assisted living facility after an outbreak in the facility left them short staffed, reported the outlet.

These individuals were sent to Good Samaritan on December 23rd and were tested for COVID-19 the next day as part of routine testing procedures. When the lab that analyzed the results of the tests detected hints of the variant, the state began to investigate, USA Today reported. Colorado’s Department of Public Health told USA Today that the second case of the mutation being investigated is, “suspicious but ... not yet been confirmed.” To be clear, scientists can’t say for sure if this second case is the B117 variant until lab tests are complete, but this person has definitely contracted some strain of COVID-19.

Health officials are unwilling to theorize about how prevalent the new strain may be in the U.S., but politicians warn that these new cases are evidence that the B117 variant is likely already spreading around the U.S. "We don’t yet have a good idea of how prevalent it is either nationally or within our state," Colorado governor Jared Polis told USA Today. "This is unlikely to be the first person with the variant here in the United States. There are likely many, particularly in the northeastern United States."

Unfortunately, this new mutation of COVID-19 could be up to 70% more contagious than other strains, but it is not necessarily deadlier. In other words, this new mutation could be easier to catch, but it may not make people sicker. The reality is that this virus is mutating all the time, and while it is evolving quickly, our existing vaccines will probably still work. According to the CDC, the virus would "likely need to accumulate multiple mutations in the spike protein to evade immunity induced by vaccines or by natural infection.”

So, then, we’re all good, right? No, not really. More contagious strains of COVID-19 mean more cases of COVID-19 and that equates to more hospitalizations and deaths. Local healthcare systems in many parts of the country are already overwhelmed, and those most impacted by the virus will continue to suffer.

More like this
COVID-19 vaccine drug interactions: Is there anything I should avoid?
By Joseph Lamour
Why Johnson & Johnson vaccine sites in 3 states have been shut down
By Tracey Anne Duncan
One third of COVID-19 survivors end up with mental health issues, says a new study
By Melissa Pandika
Stay up to date