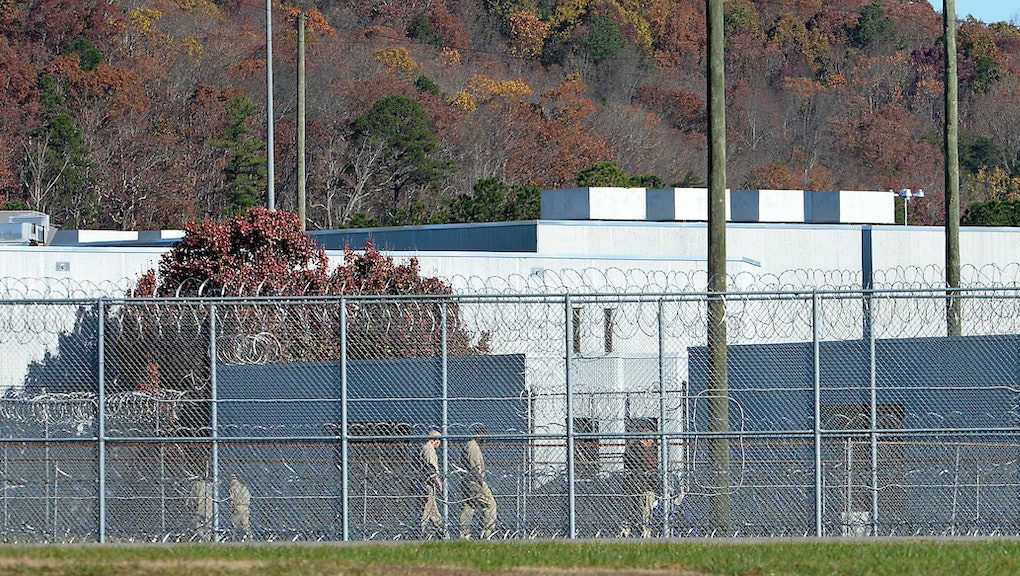 After coronavirus erupted behind bars in late March, U.S. Attorney General William Barr ordered officials running federal prisons to “immediately maximize” the release of prisoners to home confinement to prevent the spread of the virus. In a much-publicized letter, Barr urged them to focus on the most medically vulnerable in facilities with COVID-19 deaths.

But in the three weeks after Barr’s urgent April 3 memo, the Federal Bureau of Prison’s results are modest: The number of people allowed to serve the rest of their sentence in home confinement went up by only 1,027 under the new guidance set out by the attorney general — about half of 1% of the more than 174,000 people in the bureau’s custody at the start of the month, according to data obtained from the agency and Congress.

The data did not itemize how many people who had been in home confinement finished their sentences and are no longer included in the count. It also did not specify how many prison-to-home transfers were approved by the Bureau of Prisons and how many were ordered by judges — over objections from federal prosecutors. In one recent court filing, prosecutors unsuccessfully opposed the release of a man from Oakdale prison, in Louisiana, arguing in part that the bureau was taking sufficient care of prisoners there — even after the virus had killed five men. In a separate case, a judge labeled the Bureau of Prisons’s process “Kafkaesque,” and said it prevented many releases.

Critics, including groups advocating for mass releases to reduce prison outbreaks, have called the implementation of Barr’s memo confusing and chaotic. The Bureau of Prisons initially posted guidelines for families and prisoners, only to retract them days later. Some prisoners and their families have said people have been placed in quarantines for release, only to be sent back to the general prison population a few days later. Some federal judges have even resorted to ordering prison officials to define their policy in writing.

“They don’t want to let people out. It’s not in their DNA.”

The Bureau of Prisons is doing a terrible job carrying out the policies set in Barr’s memo and the CARES Act stimulus bill, which expanded eligibility for release, said David Patton, the chief federal public defender in the New York City area.

“They don’t want to let people out,” Patton said. “It’s not in their DNA.”

Neither the Bureau of Prisons nor the Department of Justice responded to a request for comment. On April 22, in response to a judge’s order, the Bureau of Prisons released a memo that said its current policy prioritizes prisoners who have served at least 50% of their sentences, or who have 18 months or less left and have served 25% of their sentences. The memo did not say how many prisoners meet those criteria.

The data The Marshall Project reviewed included the weekly total population at the different types of facilities that hold federal prisoners since April 2, and release figures as of Thursday for some categories that the Bureau of Prisons announced publicly or provided to members of Congress. The data did not include how many new prisoners the bureau’s prisons have accepted this month.

Even with the emergency releases granted this month, the total federal prison population has gone down by about 3,400 people, the data show. That reduction includes people whose sentences were routinely ending this month, though the bureau data did not specify that number. Last year, the bureau released about 3,700 people on average every month.

Patton, the federal public defender, estimated that a third of prisoners his office serves fit the Centers for Disease Control and Prevention criteria as medically vulnerable, based on data provided to his office by the Bureau of Prisons. It’s unclear how many have been considered for release since Barr’s memo.

The data show that in the last three full weeks of April, 89 other prisoners nationwide received “compassionate release,” which lets elderly or medically vulnerable prisoners go home under the 2018 First Step Act. Since President Donald Trump signed the law in 2018, only 144 people had been granted compassionate release before April 2, bureau data show.

Finally, the population in halfway houses, the less-restrictive facilities where prisoners generally serve the last six months of their sentences, dropped by only 1,391 people since April 2, The Marshall Project found. That left nearly 6,000 other people in halfway houses as of April 23, bureau data show. Advocates argue these prisoners, who have less than six months to serve in their sentences, could be easily released to avoid conditions where many cannot sufficiently keep social distancing.

Barr’s guidelines required prisoners eligible for home confinement to meet a number of additional conditions for emergency release, including having no recent discipline violations and being quarantined for two weeks before being released. The bureau has not said how many prisoners have had their cases formally reviewed, or have been placed in quarantine for release.

The confusion over how the Bureau of Prison is applying the guidance prompted a bipartisan request this week from Sen. Chuck Grassley, an Iowa Republican, and Sen. Dick Durbin, an Illinois Democrat. They asked the Department of Justice’s Inspector General to investigate whether the bureau is quickly transferring all vulnerable inmates to home confinement, and whether the department has been transparent and accurate when communicating with Congress and the public.

Ben Tran was among the prisoners released because a judge ordered it. Tran, who was convicted of robbery and firearm charges, had 14 months left on his 15-year sentence when the virus erupted at the Oakdale prison, about two-hours drive northwest of Baton Rouge in Louisiana. Barr’s memo specifically cited it among the prisons with the worst outbreaks.

A former FBI agent, Tran used his knowledge of law and bureaucratic procedure to seek his release, according to an interview and his court file.

He first requested home confinement on March 27, citing his chronic asthma. His case manager at the prison refused to take the application, court records show. A few days later, Tran said he personally gave the written request to the warden. Tran read the request aloud and asked the warden to take it, but the warden said no and walked away, records show.

When Tran’s lawyer went to court, federal prosecutors opposed the request, arguing in court filings that Tran was not entitled or eligible for such a public health-induced windfall, and that he hadn’t taken the required internal steps to request release. Furthermore, the prosecutors argued, the Bureau of Prisons had the Oakdale outbreak under control.

Tran said his last weeks inside felt like being in a tuberculosis sanitorium from an old movie.

“Oakdale lost five inmates to COVID-19 during the period between late-March and April 3, 2020,” prosecutors wrote in their April 9 filing. “BOP’s prompt mitigation efforts appear to be having the desired effect of safeguarding the inmate population.”

Six more prisoners have died at Oakdale since then. Oakdale has cut its population by 13 people this month to 1,098, according to data provided to Congress.

Tran said his last weeks inside felt like being in a tuberculosis sanitorium from an old movie, with men in his dorm coughing day and night. He said he felt like he “got pardoned by a judge.” Oakdale’s Warden Rod Myers did not reply to messages seeking comment. The Bureau of Prisons did not respond to an email about the case.

Barr’s memo raised hopes among prisoners and their families of broader releases. After he announced it, the Bureau of Prisons posted a list of questions and answers about early release, saying inmates who served half their sentence would be considered for home confinement— after a 14-day quarantine in prison. That memo has since been removed from the agency’s website.

Court filings in several cases of prisoners seeking release show that the bureau began putting inmates in quarantine in preparation to go home. But prisoners and their families soon began to question whether the releases would actually happen, and several said they have grown disillusioned by the trickle of prisoners actually being released.