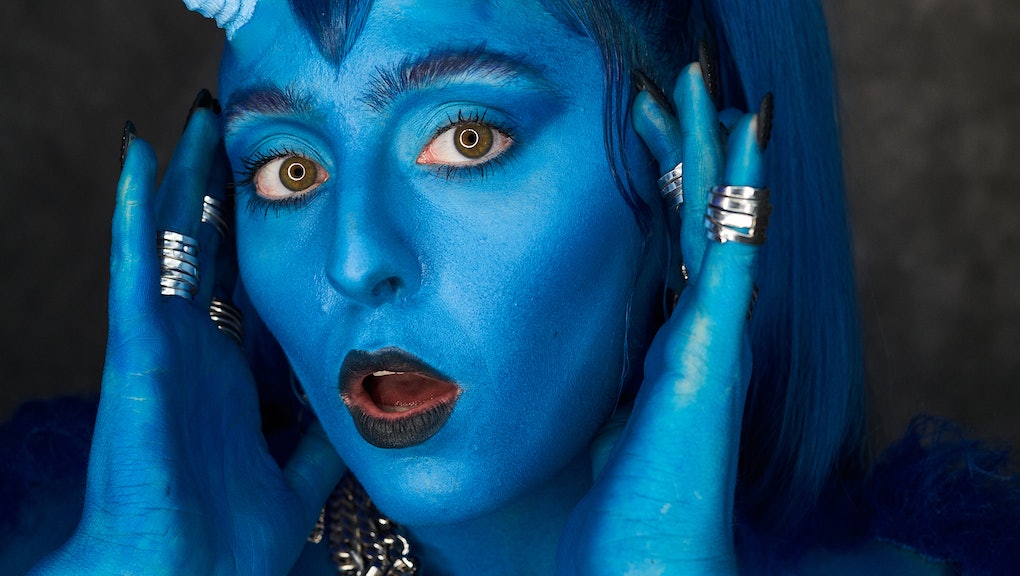 The best albums of the week, from Ashnikko, Zayn, and more

More than a week later, and the Capitol siege continues to cast its dark, absurd shadow over the music industry. The Backstreet Boys are potentially subtweeting each other over QAnon support. On Thursday night, Ariel Pink appeared on Tucker Carlson to grouse about cancel culture, in response to being dropped from label Mexican Summer after attending the pre-insurrection Trump rally. This led to the indelible outcome of MAGA boomers discovering this outre, oft-unlistenable lo-fi pop... and setting up a GoFundMe page for Pink.

Despite all of this naturally crowding out most every new release from any realm of entertainment, the new music calendar’s finally begun to fill up a bit. The upcoming year stands to be a thinner one on new releases than the previous year — but that’s what last year was looking like, until it wasn’t. If the early weeks of 2021 are any indication, there’s no sense in even trying to predict what the year might hold. So in the meantime, check out some of the week’s new albums from Ashnikko, Shame, Beach Bunny, and more down below.

Although it’s fully entrenched in the music industry at this point, there still isn’t a one-size-fits-all approach for turning TikTok virality into a long, steady career. That said, Ashnikko has a promising path forward. One of those true omnivores, who claims to be equal parts indebted to Slipknot as she is to Dolly Parton and M.I.A., Ashnikko channels the anything-goes evangelism for Aughts radio that Rina Sawayama pulls off so well. Demidevil is a place where hip-hop and late ‘90s radio alt rock crash into a cover of Avril Lavigne’s “Sk8r Boi” and a Kelis sample. It’s hard to think of something she wouldn’t be willing to try.

Zayn — Nobody Is Listening

An incredibly famous pop star naming their new album Nobody Is Listening might seem tantamount to one of the most popular right-wing pundits, with innumerable reach on social media, grousing about censorship. Not to suggest anything about Zayn Malik’s politics — which I’m unaware of and hope to never be aware of — but you sense the title’s more of an attempted reset than wading into the cancel culture mines. After the high-concept double album Icarus Falls, Zayn is dialing things back with some restrained, cavernous bedroom pop on Nobody Is Listening. The perpetually misunderstood former-One Direction star hasn’t found the comfort zone or general acclaim of Harry Styles, despite some spotty massive singles, but tracks like the Syd-featuring “When Love’s Around” and “Tightrope” get him in that tender, empathetic sweet spot.

Both times I’ve seen Big Thief perform live music — remember that? — lead shredder and hat king Buck Meek was out of the lineup, working on his solo records. Typically, if something’s the kind of enterprise to miss entire legs of your main gig, then it’s probably going to yield some results. Meek delivers on the premise to the fullest on Two Saviors, his strongest solo album to date. Trading the contracting squalls of Big Thief’s “two” album, Meek follows the intimate playbook of solo Adrianne Lenker, who co-wrote standout track “Candle." Ever the expert fingerpicker, Meek channels the gentle warble and soft touch of John K. Samson in the vocal performance on tracks like “Halo Light,” proving he can hold his own at the center.

It’s become sort of a running gag on music Twitter that every post-punk band now is just some guys who look like this eviscerating toxic masculinity. Shame aren’t that! (Nor are they signing off on the more unwelcoming aggro-elements of a mosh-happy fanbase.) Frontman Charlie Steen’s nervy presence is prone to well-earned bursts, misanthropic kayfabe, and sharp turns of phrase, and Drunk Tank Pink levels up to a place where the band can match his whims in intensity. Take the frantic, skittering arrangements of “Born in Luton” and “Snow Day,” which run closer to the mind-warping dexterity of Black Midi than some of their fellow Fall-descendents. Certainly ambitious enough to stick out in a crowded field.

You can get a handle on Beach Bunny’s appeal right out of the gate — the hooks are undeniable, with earworm replayability of their power-pop peers like Charly Bliss. Bandleader Lili Trifilio is a master of concision, honing the shards of heartbreak and young incredulity into memorable daggers. Housebound throughout what should have been a breakout year of touring behind last year’s Honeymoon, Trifilio just got right back to work, turning out four more fired-up tracks with those big shout-along choruses. They don’t drift outside the well-established lane on Blame Game, and it’s all the better for it.