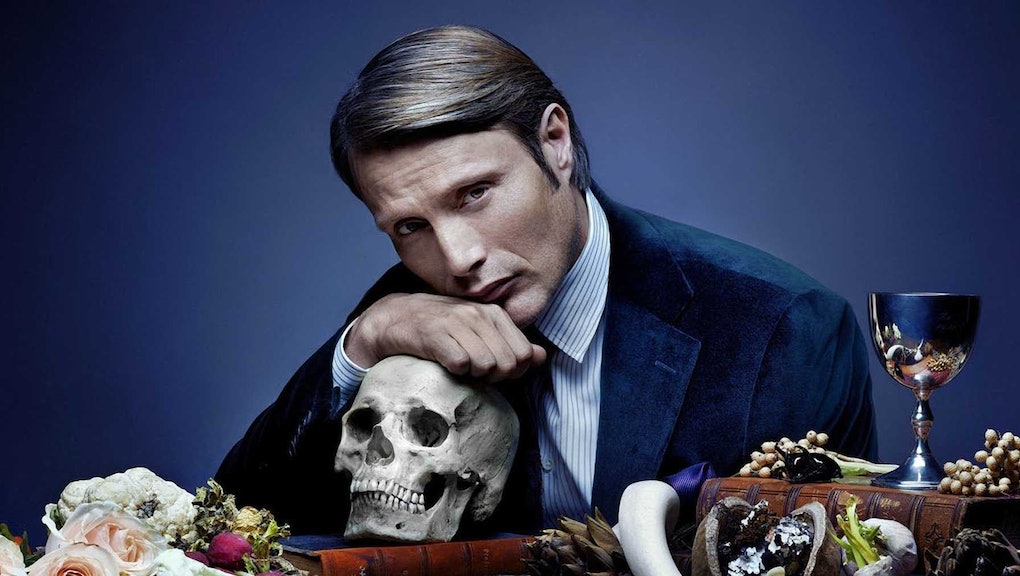 Horror movies can be released in the summer, dead of winter, or straight to rental on a Tuesday, but there’s really only one time when everyone truly goes all in on horror series. Although October is usually reserved for rewatching your favorite horror movies or knocking out an old classic, a spooky television or miniseries can be the best resource for sustained scares. Outside of a few high profile examples, horror has never been the dominant genre on television, even if The Walking Dead and its spin-off have tried their damndest. You’ll notice that Stranger Things isn’t included below — everyone’s seen it, not that scary, sorry — but any number of other recent serialized grotesqueries make the cut. Here are some of the best horror series you can stream right now.

Five years out from the end of its abbreviated run on NBC, and it’s still mind-boggling that a major network allowed this to happen. Bryan Fuller’s take on one of the most singular horror villains of all time was remarkably vivid in its color palette and set design. Anchored by Mads Mikkelsen’s wicked turn in the title role, Hannibal blended the episodic crime drama structure with a sense of narrative intention and style rarely seen on a show with its reach. Hannibal wasn’t just one of the most unsettling watches on a major network, but one of the defining food shows of the past decade.

Every post-Game of Thrones HBO series with blockbuster tendencies has carried unfair expectations to match its ambitions and sustained interest. Westworld gradually flamed out after a hot start; Watchmen called it after one season. And now we have the promising Lovecraft Country, the Jonathan Majors and Jurnee Smollett-starring horror series. Set in Jim Crow America, the show grapples with the racism inherent to its titular author and the town where he situated most of his novels. Besides its realistic horror derived from racial and sexual trauma, the series trades in the supernatural during select stunning moments.

Never seen the whole thing — shameful, I know! One of most successful shows ever based on a movie, Sarah Michelle Gellar’s breakout series steered from its middling horror comedy origins to become a transgressive sea change for television. Leaning into the soapy, pulpy, and somehow grounded tonal stew that would inspire so many imitators and one spin-off, Buffy proved that a supernatural horror series can be so much more.

Is Twin Peaks: The Return being a TV show or film? Is it horror or mystery? Who cares?? Ignoring the inane, fairly memed questions surrounding the show’s revival, I’ll argue that it was undeniably horror from the jump. Unnerving and befuddling on impact in the ‘90s, Agent Dale Cooper’s quest to solve the murder of Laura Palmer takes enough sharp left turns to rattle an unsuspecting channel surfer. Even in its form-breaking, genre-defying third season that became one of those unparalleled TV events, it still could be the stuff of nightmares.

Can you believe it’s almost been a decade of American Horror Story? The Ryan Murphy factory misses nearly as much as it hits, but this series can’t be understood as anything but a massive driver in the recent miniseries and anthology revival. I can’t pretend to have seen most of these, but it’s reputation as a macabre and deeply messed up series with ingenious casting is well-earned. Until the powers involved get bored — it’s already in the tank for three more seasons — you can’t imagine this ending.

Not to be overshadowed by the glossier, two-parter film adaptation, this cable rerun staple deserves its place in the horror miniseries canon. (Although, somehow, it runs nearly two hours under the runtime of both recent It chapters combined.) Stephen King brought his cantankerous spirit before this went to air — and the network braced the public for something that pushed the envelope like never before. What followed was...something a bit more tame and tonally off-kilter. Although the updated version brings far more potent scares, Tim Curry’s take on Pennywise is an all-timer.

Not that anyone needs convincing here — much of it’s on Netflix, you know what to do — but there’s the issue of its CBS All Access reboot. Executive produced by Jordan Peele, the new one certainly has its clunkers (what is going on in the Kumail Nanjiani comedian episode,) but there are a few genuine scares and surprises that recall its glory days. If you’re with me in thinking Black Mirror can be way too much, the new Twilight Zone May be worth a try to break from reminders that We Live in a Society.

More like this
How “stoopers” turned New York City sidewalks into trendy, sustainable thrift shops
By Jasmine Vojdani
'Paddington 2' has officially ousted 'Citizen Kane' as the greatest film of all time
By Kara Weisenstein
Netflix’s ‘Yasuke’ is more evidence that the future of anime is Black
By Terrence Sage
Stay up to date