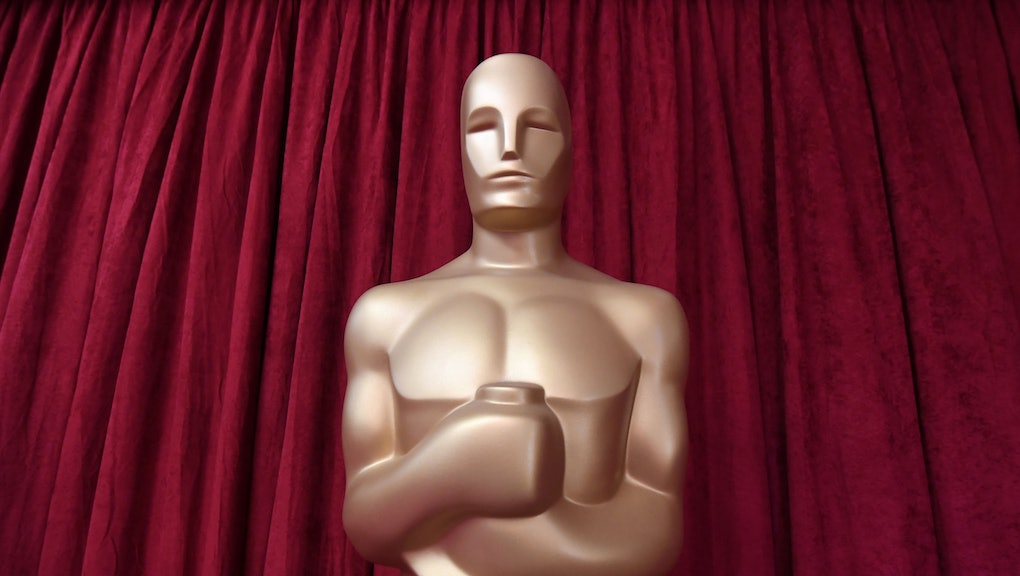 The best Oscar season movies to watch over the holidays

We won’t have an official list of the 2020 Oscar nominations until January, but the speculation is long underway. Every year around this time, a slate of critically acclaimed films come out just in time for the holidays. And 2019 was a particularly standout year for great film. The growth of platforms like Netflix has offered a refreshing sense of experimentation to the movies — stories about life and love and loss and histories.

If you have lost track of all the directors, performances, and overall projects that might be Oscar worthy, you’re not alone. Below, a guide to the 2020 Oscars season, a roadmap to what everyone else has been talking about, and what you should make sure to see before the awards roll around next year.

Noah Baumbach’s semi-autobiographical film about the inner intricacies of divorce has been celebrated by nearly every film critic who has reviewed it. The New Yorker called the film “two hours of sharp, painful, witty, and elegant talk that is nonetheless rooted in the impossibility of communication.” It’s being called Baumbach’s best work.

The Safdie brothers gave Adam Sandler the opportunity to deliver an Oscar worthy performance in Uncut Gems, a frenetic crime drama following Sandler as a diamond dealer with a penchant for risk. The movie has received a ton of buzz from critics and audiences alike. After a limited release in theaters, audiences raved about the movie's almost guttural suspense. While perhaps not for the weak-stomached, Uncut Gems is one of the year's must-see films.

Parasite, the Palme d’Or winner at this year's Cannes Film Festival, may not win an Oscar is because Korean films have been largely ignored by the Academy, Bong Joon-ho even went so far as to call the Oscars a "very local,” award. But an exclusion from the Best Film and Best Director categories would be a major mistake on The Academy's part; the social satire has repeatedly been hailed as the best film of the year. If you haven’t seen it yet, you’d better try to find tickets if you are in one of the city’s lucky enough to have a showing.

A BEAUTIFUL DAY IN THE NEIGHBORHOOD

In the nostalgia-centric year that is 2019, nothing hits closer to home than Marielle Heller’s film about Fred Rogers and his relationship with journalist Tom Junod. Tom Hanks’ transformation into Mr. Rogers is at the very least going to get audiences weeping, and might get him a lead actor nomination as well. Heller’s film has been loved by critics, receiving an average score of 80 on Metacritic.

Robert Pattinson, who is about to take on the role of Batman, and William Dafoe, who has had a remarkable year of performances, spend the duration this black and white film descending into insanity. The Washington Post called it a “perverse odd-couple tale, flooded with ornate dialogue, surreal storytelling and nightmarish imagery.” Robert Eggers built his own lighthouse on the coast of New England for this film, and is shot in 1.19:1 aspect ratio. There’s lots of screaming, hand waving, and flirting with madness.

Lorene Scafaria’s recreation of a New York Magazine feature that detailed the rise of a crime syndicate in the wake of the 2008 financial crisis was one of the year’s most enjoyable films. It was fun, smart, and insightful, centered on a group of women normally not given the benefit of total humanity when their stories are told onscreen. Jennifer Lopez’s turn as Ramona, the den mother and criminal mastermind responsible for robbing and defrauding Wall Street guys, was one of the best and most discussed performances of the year. She’ll likely be receiving a nomination, but plenty of critics believe she’ll clinch the Oscar for Best Supporting Actress.

This film took a lot of risks with storytelling, and the family tragedy that it follows may or may not compel all audiences. But the performances delivered by Kelvin Harrison Jr., Taylor Russell, Lucas Hedges, and Sterling K. Brown were exemplary. Awards Circuit called Harrison Jr.’s portrayal of Tyler as “the very best acting turn of his young career yet, cementing his position in this generation’s most promising and rewarding actors.”

It’s not clear if anyone wanted or needed a film about Fox News, but when the villain is Roger Ailes, there’s space to toy around with moral high ground. Made in the wake of #MeToo allegations and lawsuits that dethroned the television scion, Charlize Theron, Margot Robbie, and Nicole Kidman become the blonde trio that take on one of TVs most powerful people. Theron’s performance particularly is getting Oscar buzz, for her uncanny and slightly unsettling transformation.

It’s Edward Norton, baby. He made a return to the screen for Motherless Brooklyn, which is set to be an eviscerating look at gentrification told through a mid-century period piece. It has all the trappings to be an Oscar contender: Edward Norton is both the star and the director. Bruce Willis, Gugu Mbatha-Raw, with Alec Baldwin and Willem Dafoe round out the rest of the cast. So far, reviews are mixed. But Motherless Brooklyn is sure to be a much-discussed film.

Despite all of the controversy around the release of Tom Phillips’ Joker, Joaquin Phoenix’s performance as the dark clown rising has been praised by audiences and critics. Phoenix reportedly improvised most of the film, making his performance even more critically acclaimed. Todd Phillips’ has also received praise, and after a Venice Film festival win, it’s likely the film has received extra attention from the Academy.

Martin Scorsese's three-hour long film has been called one of his best, which is a monumental statement given the rest of the director’s extensive filmography. Al Pacino and Robert de Niro lead the film, and are aged down by an aggressive amount of CGI. Empire called it “a com­pelling med­i­ta­tion on time, aging, con­nec­tions and guilt that reaches the parts other gang­ster films only dream of,” and at the very least it is the absolute maximum amount of Scorsese anyone could want.

ONCE UPON A TIME IN HOLLYWOOD

Quentin Tarantino also took aim at making a really, really, really, long movie this year. That amount of time felt less deserved than Scorsese's film, but if there is one thing the Academy loves more than mobster films, it is movies about Hollywood. La La Land’s best picture nomination is a clear example of that. The saga following the Manson Family and the rise of beloved actress Sharon Tate. The Guardian said that the Tarantino’s “love letter to 1960s Hollywood disturbs and dazzles in equal measure,” though the New York Times found it to be “regressive.”

Rolling Stone called this film “artful symmetry” adding that director Pedro Almodovar has done such a thorough job telling this semi autobiographical film that “you can feel his passion for cinema in every frame.” With a cast led by Antonio Banderas, a longtime Almodovar collaborator, this film already snagged a Palme d’Or nomination. It will likely pick up a few more nominations, including Best Director before awards season is over.

Brad Pitt went to space, and this space movie was designed to set itself apart from other space movies, because it’s not really about space, it’s about masculinity, the relationship between father and son, the ways men can be defined and destroyed. It uses space as a fitting and cinematically stunning backdrop to tell a very human story in a science fiction narrative. Empire called the film “remarkably meditative,” and the New York Times called it a “lovely, sincere and sometimes dopey confessional.” But all the glowing reviews might not be able to combat the fatigue the space genre has experienced in the last few years.

Oscar veterans Christian Bale and Matt Damon team up to bring the deliverance of the Ford racing car in 1966. Damon plays Carroll Shelby, an American car designer, while Bale plays British race car driver Ken Miles. Their plan is to create a machine that can stand up to Enzo Ferrari’s racing vehicles. James Mangold’s latest directorial effort has been called his strongest film yet, while Bale and Damon deliver notably good performances in their decades long careers. The film hits all the classic marks for a strong Oscar contender, and its likely that Damon or Bale will scoop up a nomination, but in such a crowded field and only lukewarm responses from audiences, it might not be enough to get any real metal.