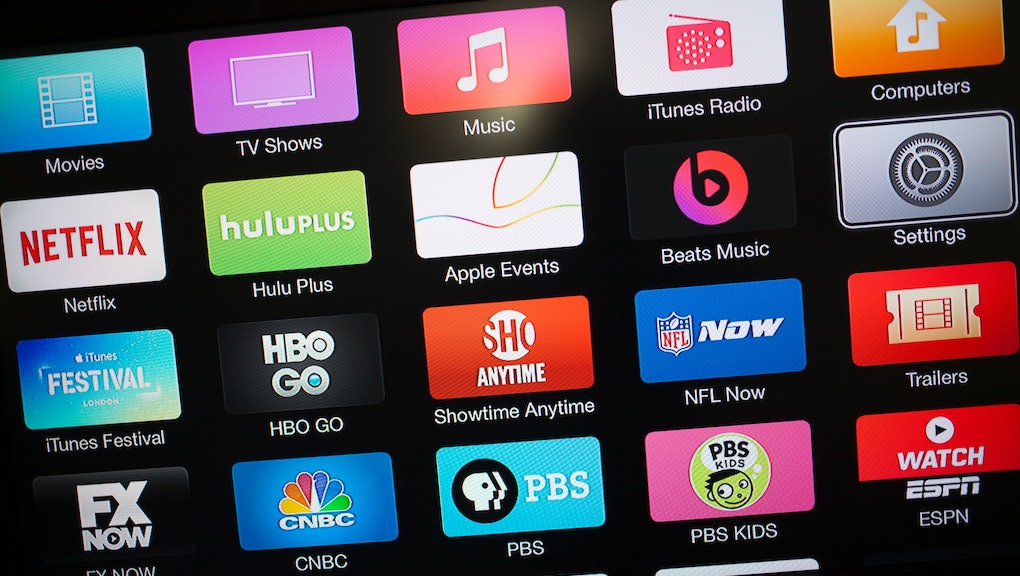 The best streaming platform for every kind of viewer

Literally nothing about this year could be described as serendipitous, but some of the streaming services to launch during widespread stay-at-home practices have to be feeling good. (Except for, well, the one that banked $1 billion on people watching while commuting.) HBO Max and Peacock joined an already crowded marketplace this summer, which will remain to be seen how many hubs it can support. There’s a painful irony at hand here, providing that leaving cable behind only led to a similar and more complicated duplication of its failings. What if: instead of paying $100 monthly to one company, you spread it out to ten or so different platforms with rotating catalogs?

While I can’t endorse this behavior in a public setting, it’s entirely possible that you might have access to one or all of the services below from a friend or relative. No comment! But to go the legal paid route, you’ll probably want to narrow the field a bit. If you’re in a pinch and don’t have time to tediously scroll through every platform’s catalog, here’s a quick guide to find out which is the best streaming service for you.

Let’s be honest, you probably already have this one. It doesn’t need convincing — flash-in-the-pan cultural moments, the new vanguard of reality TV, the Sandlerverse, and so much more. It’s hard to convince that most of their original content is good, but with the deepest pockets and widest appeal for big-name directors, the best offerings tend to hit. The zeitgeist goes through Netflix, whether it’s an original series like Stranger Things or Tiger King, or their splashy film acquisitions to join The Irishman and Marriage Story.

Pros: The Top 10 and shuffle features have revitalized the fun of Netflix a bit, cutting out an hour of scrolling here and there. Always bringing in exciting original films, like Charlie Kaufman's upcoming I'm Thinking of Ending Things.

Cons: Nonsensical category groupings, the browsing experience always feels pretty bad, and most of the newer original series are dystopian in some way.

Cable without the cable, basically. It’s the only app that allows you to watch network shows the day after airing without a cable subscription, and a helping of HGTV, FX, and Food Network shows. I don’t think there’s a better streaming service for background dinner time viewing, with Chopped, House Hunters, Jeopardy, and the Guy Fieri universe all under one roof. Hulu’s also played catch-up in originals, with Pen15, Ramy, and Normal People slotting in as must-see series. Their interface used to be nearly unusable until about two weeks ago, but the redesign is sleek and intuitive.

Pros: Perhaps the most well-rounded of the bunch, gets you closest to that Cable Feeling without calling up Comcast or Sling TV. The Neon arrangement rules as well.

Cons: Still getting its foothold on original films, and tends to have a narrow catalog of older movies in a given month.

Your parents love this stuff. Every parent is really into at least one Prime show (for mine, it’s Goliath with a side of The Man in High Castle.) It’s hilariously difficult to recognize most of the originals, save for the decorated big hits like Fleabag and The Marvelous Mrs. Maisel. Although their interface is super ugly and hard to navigate, they have some good older movies under the hood, and a firm handle on winning big awards. The hardest part is just finding the non-originals on there.

Pros: The most consistent in original film output, and tends to give a daring, little-seen original series like Undone some room to breathe. The X-Ray feature is also extremely cool and should be adopted everywhere.

I imagine parents of young kids don’t have much say in the matter, but childless adults...what are you doing?? Just kidding, I have the yearlong free trial now, too. While its monopolistic tendencies are scary to contemplate, this is the one for blockbuster cultural moments going forward. Hamilton’s streaming premiere, Beyoncé’s Black Is King, the ability to rent Mulan for $30...the list is ever growing. Plus, Disney’s done a savvy job of appealing to the millennial nostalgia bug with old Disney Channel original movies and also Fuzzbucket.

Pros: Get to stay in the know on virtual watercooler moments, like whenever The Mandalorian returns. Also, keeps the kids happy.

Cons: Paying an additional $30 for a movie even after subscribing? Leaves something to be desired for grown-up content. Oh, and also the weird retroactive editing and looming cultural monopoly.

While it’s still tricky to differentiate between the HBO services — Max, Go, Now, huh — Max is undoubtedly the flagship effort. It has arguably the best and deepest film catalog on a streaming service, spanning the Criterion Collection, Warner Bros. classics, and everything currently on HBO. While originals aren’t a priority for now, they’ve widened the appeal through popular old series like Friends, The Big Bang Theory, and South Park. Still no Roku or Fire TV compatibility for now, but someone should budge in that fight.

Pros: Incredibly strong commitment to older films and TV shows — probably the best in the game.

Cons: Still has to find its footing in original series and movies, although Seth Rogen's An American Pickle is a charming start.

Shrek!!! That should be enough, but there’s a bit more to court NBC comedy heads. If your main reason for subscribing to Netflix was an Office or Parks and Recreation rewatch, then it could be time to jump ship for Peacock (or at least in 2021, when The Office officially jumps ship.) It’s getting harder to differentiate the catalog options for these services, but Peacock is contingent on its most popular series of old: Law and Order: SVU, SNL, Battlestar Galactica, and more. Lots of broad nostalgia on the film side, and an entire section dedicated to Nicolas Cage. Oddly enough, Warner’s flagship Harry Potter franchise will be coming here next year from HBO Max.

Pros: The only place to stream some of NBC's most beloved comedies — and could stand to drain Hulu and Netflix of more in the coming years.

Cons: Like HBO Max, no Roku or Fire TV accessibility for now. A little unfocused on the film side, without too much room to differentiate.

Anecdotally speaking, I don’t know a single person who subscribes to it. They landed that Tom Hanks war movie, Greyhound, notched several Emmy nominations for The Morning Show, and...well, I’m not quite sure what else. Jason Momoa has a show? Putting all its eggs in the original content basket, the platform has exclusive deals in place with Julia Louis-Dreyfus, the Maurice Sendak Foundation, and Leonardo DiCaprio’s production company, Appian Way Productions. Apple TV+ also spent more than a reported $100 million for Will Smith and Antoine Fuqua’s slavery-centered action thriller, Emancipation. It’s been a relatively slow start, but more is right around the corner.

Pros: Due to sheer will and Apple's deep pockets, this will be around for a while in some form, with higher-profile releases on the way.

Cons: Weak original footprint so far, and little emphasis on building up an older catalog.

For freshmen in college with limited friends and romantic prospects. On the real though, if this was around when I was in college it’d have been over for me. A film degree’s worth of international and art house hallmarks, paired with supplementary interviews and features, it’s easily the deepest catalog in streaming. It too suffers from poor categorization and search functionality more than a year in, but makes up for it in sheer variety. The only service where “leaving this month” becomes a priority to hit.

Pros: An embarrassment of riches. So many of the best films ever made, unavailable to stream anywhere else.

Cons: Not available on Playstation 4, which is a personal affront. The main menu and genre groupings could use some work.

This is kind of an unsung hero, but man, pour one out for Starz. Most streaming services suffer from poor interfaces, search functionality, and a general order to browsing. What it lacks in pure catalog and original content — Party Down forever, though — Starz makes up for in a cool browsing function. With the ability to sort their deep and rangey catalog of movies by year and genre, displaying only their posters, it gives you a novel look through design and genre trends over the past five decades or so. Not the best service by any metric, but definitely has character to spare.

Pros: Some of the best midbrow '80s and '90s films you'll find on a streaming service. And the posters!

Cons: Relatively thin bench, and some of the weaker original content for a premium channel.

If you want to get in on the ground floor of something, um, special.

Pros: Die Hart episodes are only 10 minutes each, I guess?

Cons: May not exist in a week.