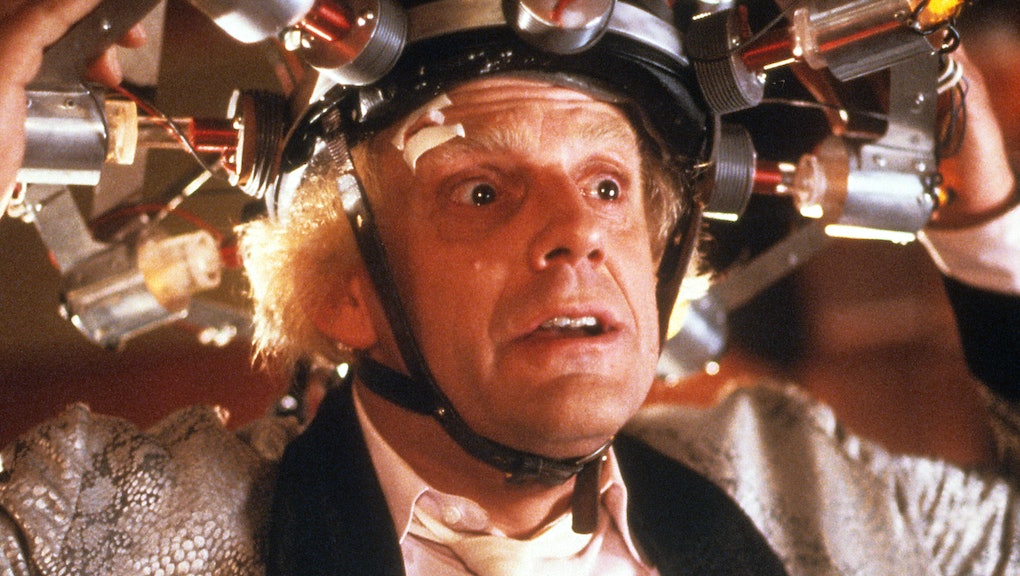 Movies focusing on time travel can go one of two routes: it’s either an unwanted hex on a protagonist perfectly satisfied with where they were in the present, or the key to preventing some calamitous event from happening. Of course, there’s also the time loop movie, which we’ll count for the purpose of this roundup. As movie theaters begin their dubious reopening nationwide, they welcome a pair of films focused on altering time. Bill & Ted Face the Music’s about traveling back in time to retrieve the perfect, civilization-saving song. Tenet involves time manipulation to some degree, to prevent the dawn of global collapse (or 9/11, still want to believe that’s true.) So tempting as it may be to risk a trip to theaters for either new time travel movie — hey, Bill and Ted’s also on VOD — here are some of the best time travel movies available to stream from the safety of your own home.

Back to the Future (Netflix)

Just added back to Netflix at the top of the month, the most obvious choice is also the best one. No matter how many times I’ve caught bits and pieces on cable, no matter how many times it’s been parodied, no matter how many annoying Rick and Morty fans it indirectly spawned...still indelible. Of all the ‘80s blockbusters to endure, it’s probably the most lean, perfectly structured, and occasionally uncomfortable. Christopher Lloyd and Michael J. Fox obviously went god mode here, but the supporting cast pushes it over the edge.

Before Rian Johnson became public enemy no. 1 for the worst people online, he was an indispensable director of mid-budget films and Breaking Bad standouts. Looper belongs right alongside his best work, even if it dubiously poses that Joseph Gordon Levitt would come to look like Bruce Willis. The film follows assassins, who have access to illegal time-travel technology to take out targets from the past. Things get messy when Gordon-Levitt’s assigned to kill the Willis version of himself, before eventually wading into Baby Hitler territory? Good stuff.

Man, what a sweet, floating dream of a movie. Four-year-old Kun is faced with the dilemma of any older sibling when the new baby comes home: losing your parents’ attention, and causing mayhem to win it back. Without giving too much away, since I suspect this one is still fairly underseen, Kun ends up meeting morphed versions of his dog and his baby sister as a teenager, who take him through a generation-leaping journey into his family history. Mirai goes to some surprisingly dark places for an animated film, but finds the ideal midpoint between Studio Ghibli’s supernatural allure and Pixar’s mushy sentiment.

My personal favorite of the time-loop genre — and I finally saw Groundhog Day last week to say this with a shred of credibility — Edge of Tomorrow is somehow as funny as the rest. Tom Cruise, at nearly his most pathetic and human, rolls under trucks and gets clawed apart by aliens without impunity, over and over again. The studio didn’t quite know what to do with this one, audibling from a bad title to an even worse one for home video (Live Die Repeat,) but its classic status is secure.

Arnold Schwarzenegger's Twitter account has been some of the only celebrity content I've been able to stomach these past six months, with his pet donkey, miniature horse, and workout guidance for James Caan. If only, I don't know, other septuagenarian former or current politicians could just follow his lead! Anyway, this is about The Terminator. While conventional wisdom seemed to favor its explosive sequel, I feel the momentum shifting back to Cameron’s lo-fi slasher original. Truly a different beast entirely, Arnold is perhaps even more convincing as a menacing killing machine from the apocalypse.

Any of those movies that can be reduced to Groundhog Day, Big, or reverse Big comparisons usually needs to have something else going for it to work. Luckily, 13 Going on 30 has an incredibly charming Jennifer Garner and Mark Ruffalo at its disposal to make this a worthy use of the format. Garner’s Jenna (confusing) suffers one of the most embarrassing 13th birthday parties you can imagine, but is beamed to the future when magic sprinkling dust falls on her. Jenna finds out that she’s working her dream job, but is also kind of a jerk to everyone in her life. It’s a bumpy, funny, and nostalgic road back to redemption and her teen years.

I’ll be honest: I've had this unwatched DVD for years and just remember pieces of it from the only time I saw it in theaters. Right in the afterglow of Inception, Duncan Jones gave us an inventive spin on the brain-scrambling time loop. Jake Gyllenhaal stars as a former Army pilot who's assumed a new identity before a train bombing. Tasked with going back again and again through what appears to be a simulation, Gyllenhaal's dude is their only hope despite being [redacted.] Have vaguely fond memories!

The most recent entry into the time loop canon, Palm Springs was pretty fun! Riding a wave of Sundance buzz to an at-home audience especially receptive to a movie about monotony, this definitely hit at the right time. Andy Samberg and Cristin Milioti are eminently watchable, even if this didn't quite wiggle out of its stasis enough into the weirder twists. But anything that gives Conner O’Malley and J.K. Simmons an opportunity to be boisterous wild cards is okay in my book.

This article was originally published on Sep. 7, 2020