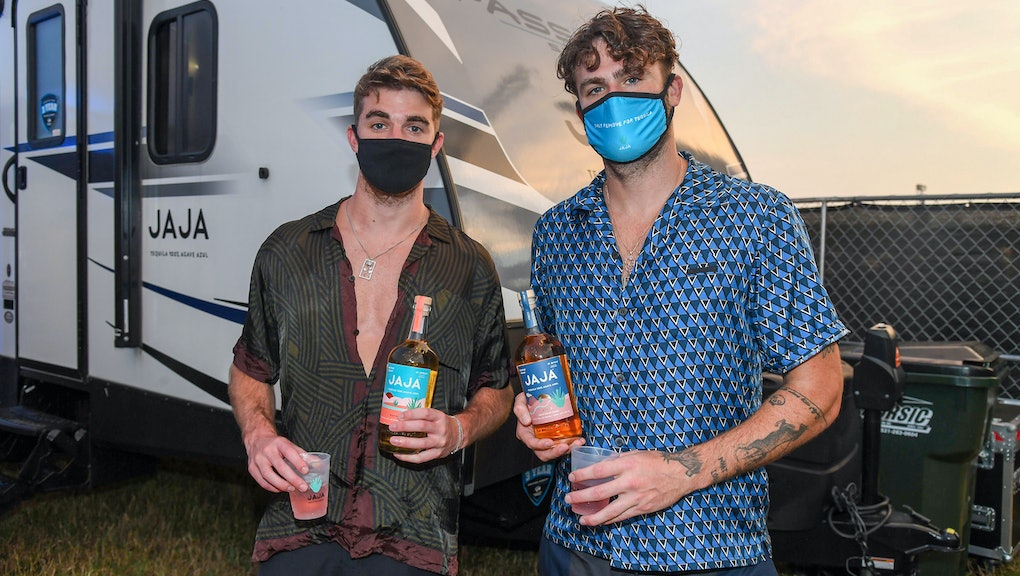 Much like you might be taking notes of which friends and acquaintances have vacationed in Jamaica since the pandemic began, it’s helpful to monitor which artists are tossing their fans to the wolves. On Saturday, the Chainsmokers became the latest artist to headline a socially distant drive-in concert that became a little bit...closer, shall we say.

The duo performed as part of a pricey Hamptons charity show to benefit No Kid Hungry, Southampton Fresh Air Home, and the Children’s Medical Fund of New York. Fans could purchase blocks costing up to $25,000, which amounted to a 20-by-20 foot or 20-by-15 foot space for their group. Although Bloomberg reports that organizers were diligent in administering temperature checks and lending mask reminders, attendees weren’t following the guidelines too closely.

There are always the eye-test caveats, of how footage from onstage might distort depth perception. But these crowds do not look too masked or spread apart, despite any advisories from organizers.

It’s becoming clearer that we’re just going to live with these irresponsible concerts for now. Country singers Chase Rice and Chris Janson held mostly maskless concerts back in June. In the weeks since, so many artists from DaBaby to Great White have held less than distant shows. Vanilla Ice, after widespread pushback, was talked down from hosting a Fourth of July set in Austin. "I didn’t know the numbers were so crazy," he said in an Instagram video.

You start to notice a common echo from people resuming normal activities during decidedly abnormal times — it’s about getting back to living, after making it through a hard few months. Goldman Sachs CEO David Solomon, who performed an EDM set of his own as D-Sol at the benefit, told Bloomberg something along these lines: “It’s important for us to try to find ways to protect each other and also enjoy life.” The easiest protection is, of course, the uncomplicated choice of staying home, but entertainment has evidently taken priority.