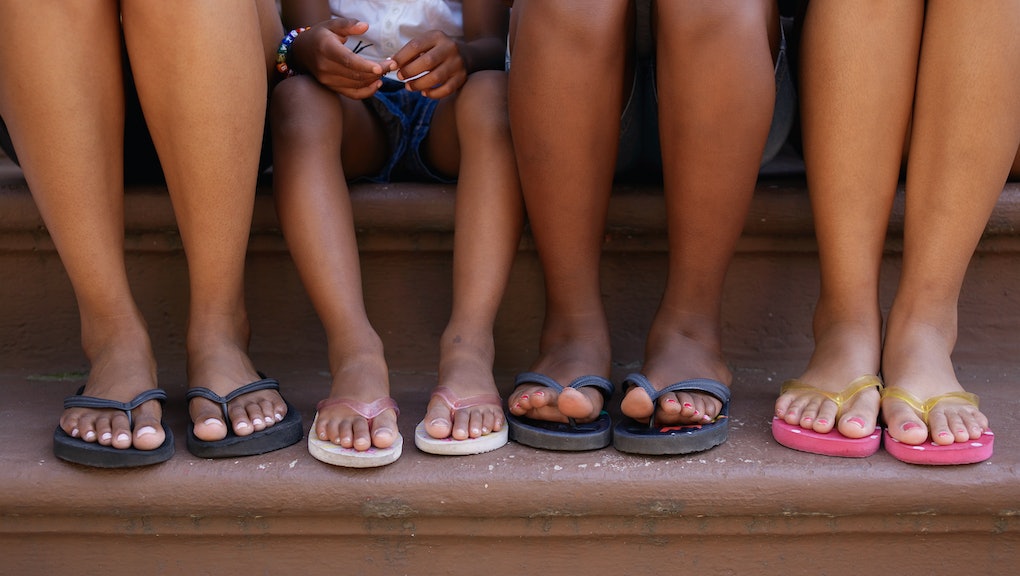 Extreme heat is not only a public health issue — it’s a racial justice issue, too. Now, new research suggests that the mounting climate crisis will only widen racial disparities. The findings lay bare generations of discriminatory housing policies and other forms of systemic racism that cause Black and brown communities to be highly exposed to deadly heat.

Climate scientists anticipate that heatwaves will grow more widespread, severe, and prolonged without sufficient intervention, worsening existing racial injustice, per The Guardian. According to data from the Union of Concerned Scientists disclosed exclusively to the outlet, U.S. counties consisting of fewer than 25% Black residents experienced an average of seven days per year of above-100°F temperatures between 1971 and 2000, while those with more than 25% Black residents had 18, more than twice as many. And if we fail to reach Paris climate accord goals by 2050, U.S. counties with smaller Black populations will have 36 extremely hot days annually on average, while those with larger Black populations will have 72.

The climate crisis has disproportionately harmed Latinx communities, too, according to The Guardian. U.S. counties consisting of more than 25% Latinx residents have typically experienced 13 extremely hot days a year, which could jump to 49 by 2050 if we don’t curb greenhouse gas emissions.

These disparities exist because of a practice that dates back to the 1930s known as redlining, which deemed communities of color “hazardous,” The Guardian explains. Redlining denied these neighborhoods essential services like healthcare, parks, and banking, while building chemical plants and other projects in them that harm the environment and human health.

President Trump’s decision to back out of the Paris agreement, which works toward reducing greenhouse gas emissions to limit the average global temperature increase to 1.5°C by 2050, could make matters even worse for communities of color, per The Guardian. Meanwhile, the coronavirus pandemic continues to devastate Black and brown communities the most.

These neighborhoods often lack access to air conditioning, bus fare, and other resources that could alleviate the potentially deadly effects of extreme heat, The Guardian reports. What’s more, members of these communities have a higher risk of diabetes, hypertension, and other conditions that might make them more susceptible to heat-related illnesses.

Extreme heat has ripple effects that can extend to future generations. Black and brown students and those living in low-income neighborhoods experience a hit to their ability to learn due to unequal distribution of air conditioning, per The Guardian. More hot days, plus hotter classrooms, for Black and Latinx students accounts for up to 7% of racial achievement gaps, per data published in the American Economic Journal.

In other words, racial injustice is no accident. Policymaking that forces communities of color to withstand extreme heat, among other environmental hazards — with few, if any, sources of relief — is just one way of perpetuating it.