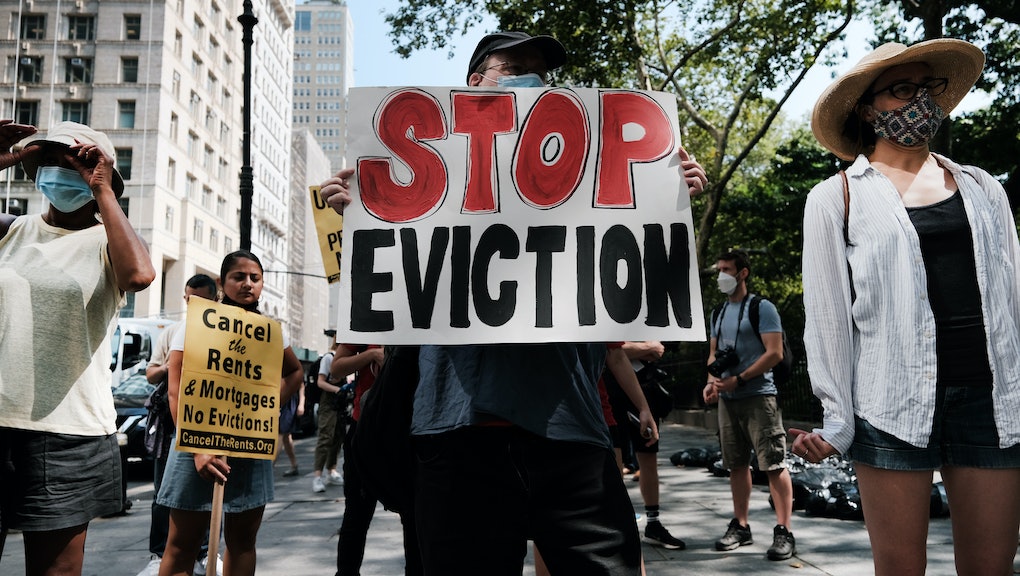 The heavily conservative-skewed Supreme Court on Thursday turned down the Biden administration's request to extend an eviction moratorium put in place to ensure people remain housed during our still-ongoing global pandemic. All three of the court's liberal justices opposed the decision, with Justice Stephen Breyer authoring the dissent, writing that the questions raised by the case "call for considered decision-making, informed by full briefing and argument."

"Their answers impact the health of millions," he continued. "We should not set aside the CDC's eviction moratorium in this summary proceeding."

Ostensibly, the ruling — an eight-page majority opinion left unsigned by the court's conservative bloc — claimed that the Centers for Disease Control and Prevention had overstepped its authority by enacting the moratorium, which was enacted to prevent tens of thousands of renters from being evicted in during the economic and public health crises brought on by the coronavirus pandemic.

"It would be one thing if Congress had specifically authorized the action that the CDC has taken. But that has not happened," the conservative majority wrote. "Instead, the CDC has imposed a nationwide moratorium on evictions in reliance on a decades-old statute that authorizes it to implement measures like fumigation and pest extermination." The CDC used a law from 1944 in its reasoning for the moratorium.

The plaintiffs who brought the case to the Supreme Court are a consortium of Alabama-based realtors and landlords, who earlier this month faced protests at their Montgomery headquarters for pushing to end the moratorium. According to Census Bureau data from the start of August, more than 3 million people claimed they stood to lose their housing within the coming two months.

In a brief statement released on Twitter, Missouri Rep. Cori Bush (D), who earlier this summer slept on the steps of the U.S. Capitol Building to highlight the need for eviction relief, condemned the court for "[failing] to protect the 11 million households across the country from violent eviction in the middle of a deadly global pandemic."

Acknowledging the need for congressional action in the face of the court's rejection of the CDC's moratorium, Bush urged her colleagues to "reflect on the humanity of every single one of their unhoused, or soon to be unhoused, neighbors, and support a legislative solution to this eviction crisis."

Congressional Democrats have also pushed the CDC to continue extending the eviction moratorium in the hopes that it will buy local governments time to dispense the severely backlogged funds intended for rental relief.

In a brief statement, the White House responded to the court's order on Thursday night, with Press Secretary Jen Psaki writing that "the Biden administration is disappointed that the Supreme Court has blocked the most recent CDC eviction moratorium while confirmed cases of the Delta variant are significant across the country. As a result of this ruling, families will face the painful impact of evictions, and communities across the country will face greater risk of exposure to COVID-19."

More like this
Vaccines are good. Threatening to evict someone over them is not
By Rafi Schwartz
I never want Tucker Carlson to stop talking about Nicki Minaj's cousin's friend's enormous balls
By Rafi Schwartz
Of course Amy Coney Barrett claimed SCOTUS isn't partisan
By Rafi Schwartz
Stay up to date