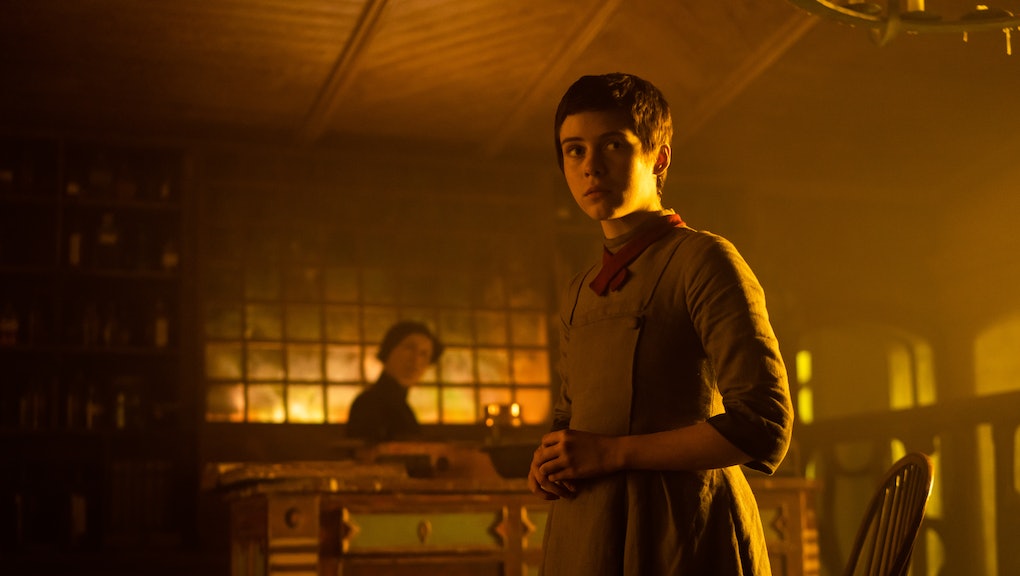 Hansel and Gretel is one of the most well-known and widely told children’s fables there is. At once a cautionary tale about the perils of wandering, and a lesson about being grateful for what you have. It’s lasted since the Grimm Brothers first wrote the tale in 1812. Variations of the story have been told in many languages, in books, and as bedtime stories. Now, it’s getting the Hollywood treatment. The film, Gretel and Hansel, is a scary coming-of-age story for children.

While that may seem counter-intuitive, there’s been groundwork laid for such a premise. Hocus Pocus and Monster House are two quality examples. But unlike those movies, Gretel and Hansel doesn’t have any softness. It’s certifiably scary — one could even say it’s grim. The color palette of the film exists between the darkest shades of grey, red, and black. Director Oz Perkins says he wanted to make a horror film uniquely spoke to a young audience.

“I wanted to make sure that we weren't talking down to kids or giving them kind of like a cheap version of something,” Perkins told Mic over the phone. “With the intention to make it for kids also came the intention to make it meaningful for kids — as opposed to how so much of everything is disposable and ‘what's next.’ We tried to make a movie that took its time and kept its footing and stayed true to the original simplicity of things.”

In the trailer for Gretel and Hansel, it’s clear there wasn’t any condescension. While the film is rated PG-13, there are still flashes of Gretel (Sophia Lillis) holding a beating heart in her hands, dark red blood seeping into the cloth of partially covered corpses, explosions of blue fire, and the unsettling visage of the witch, portrayed by an eerie Alice Kriege.

But the movie’s frightening moments were intended to be “more than just a bunch of things jumping out like a funhouse or something,” Perkins says. Instead, “it became more about watching a young person start to come into their own selves.”

Perkins decided to emphasize Gretel’s role, crafting the film around her growth and change, against the backdrop of a foreboding forest and grisly terrors. “I wanted to make sure that we were going to really harness the power of a reversed expectation.”

“The emphasis is going to be on Gretel and what is this going to be for her,” Perkins continued. “The idea of coming into her own self, coming into her own power, kind of turning a corner in her life where she goes from being a victim to being a person, all those things seem really salient and age-appropriate kind of feelings and experiences for the audience of this was intended for.”

Combining the horror element with a coming of age story was also a way to add value to what is undeniably a byproduct of the remake-reboot-redo era of Hollywood that we’re in now. But Perkins considered the familiarity with the source material to be a point of strength, not something to work against. “I felt like the Hansel and Gretel was one of those kinds of elemental terrors that kind of lives in everybody's intestinal tract. So that was free energy for us,” Perkins says.

“In being able to harness an unconscious collective dread about something is just really powerful,” Perkins continues. “It's just a really powerful color can have on your palette. That is why so many movies today I think are, are borrowing from older movies or are reboots or just remakes. Because in the world today, where it's so hard to kind of find anything to watch and find anything to pay attention to, the things that strike an emotional chord for us from the get-go, are going to win more audience members.”

Gretel and Hansel is out everywhere on January 31.