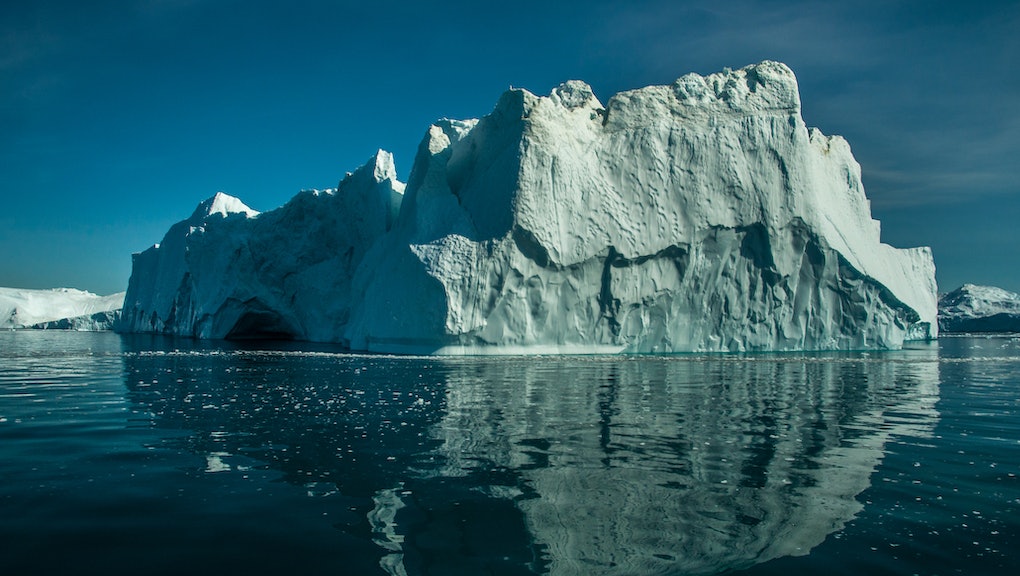 The Earth is losing ice at a "mind-blowing" rate, scientists warn

Scientists have long known that Earth’s ice is melting. Antarctica has seen some of the biggest losses of ice on record in recent years, as even the coldest places on the planet haven’t been able to escape the heat eating into ice sheets. Now, thanks to a new analysis of satellite surveys, we have a better idea of just how much ice has disappeared from the planet in recent years. The results, published in the journal Cryosphere Discussions, are anything but promising. A total of 28 trillion metric tons of ice have melted since 1994. The loss of ice is, surprise surprise, believed largely to be the result of human-caused climate change.

Scientists examined surveys of glaciers in South America, Asia, and Canada, as well as ice sheets covering Antarctica and Greenland, sea ice in the Arctic and Antarctica, and ice shelves that poke out into the seas surrounding the Antarctic mainland. The study covered changes in the ice that occurred between the years of 1994 to 2017 and was one of the first comprehensive studies of ice melting since the United Nations' Intergovernmental Panel on Climate Change (IPCC) first published a similar study 30 years ago.

The findings suggest that greenhouse gas emissions, largely the result of human consumption of fossil fuels, have been warming the planet and steadily eating away at the planet's ice reserves at an alarming rate. The scientist said the ice loss was comparable to what was laid out in the worst-case predictions established by the IPCC. “To put the losses we’ve already experienced into context, 28 trillion [metric tons] of ice would cover the entire surface of the U.K. with a sheet of frozen water that is 100 meters thick,” Tom Slater, a research fellow at Leeds University and part of the team that conducted the study, told The Guardian. “It’s just mind-blowing.”

The ongoing ice melt carries a considerable number of consequences for those of us occupying the Earth. As the ice melts, viruses and diseases believed to be long gone, locked in the planet's freezer, could thaw out and come back to life. Just this year, ancient viruses were discovered in a glacier in Tibet and could threaten populations that have never interacted with the viruses before.

In addition to potentially exposing long-forgotten viral threats, there's also the simple problem that all that melted ice has to go somewhere. It almost exclusively ends up spilling into the ocean, which can lead to a rise in sea levels. Scientists involved in the study warned that we could see sea levels rise by as much as three feet by the year 2100. That is a big deal, as it will lead to a considerable amount of the world's population being left without a home. The scientists warned that each centimeter of sea-level rise could push as many as one million people from their homes, and previous estimates suggest that as many as 300 million people may be forced inland from low-lying cities by 2050.

As the ice disappears into the ocean, so goes one of the planet's primary protectors from solar radiation. Ice sheets normally reflect some of the sun's heat, keeping it from taking hold within the atmosphere and warming the planet. But as ice and snow continue to melt, Earth will be without one of its defense mechanisms, meaning the planet will likely continue to get hotter. That includes the oceans, which will absorb more heat and potentially damage the ecosystem of fish and other underwater creatures. Scientists warn that as many as 60 percent of the fish we eat could face extinction due to this warming.

Earth's ice is more than just frozen water. It is an essential part of the planet's ability to keep us safe from warming, disease, and other threats. We're losing that at unprecedented rates, and there is no planet-iced ice tray that we can fill up to replace it.