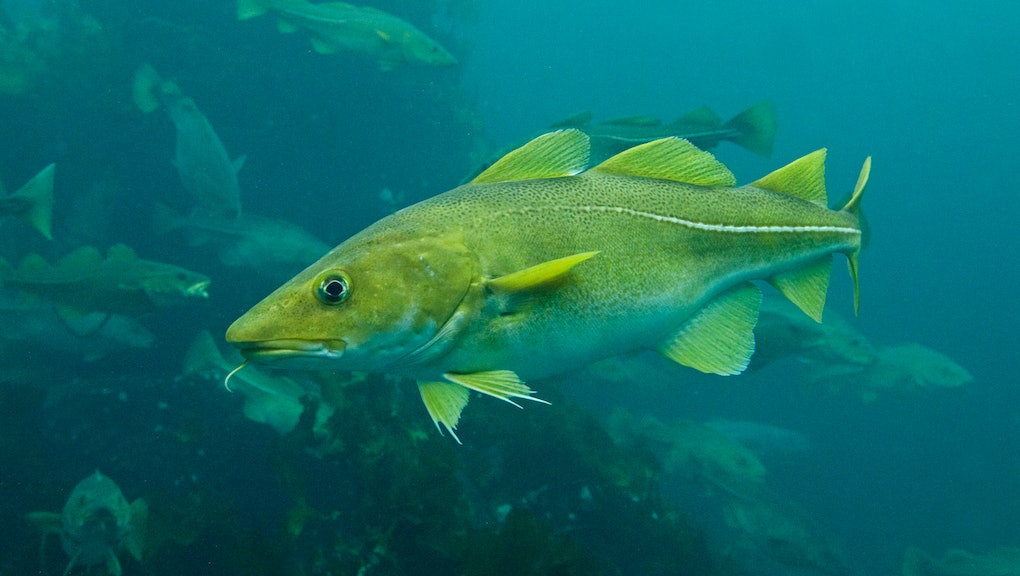 Climate change is already leading to devastating floods, droughts, and the displacement of millions of people. And as the planet continues to warm, fish populations are poised to take a significant hit. According to a recent study published in the journal Science, 60 percent of fish species that humans rely on as a source of food could struggle significantly to reproduce and potentially be wiped out in some localities. Among the fish facing an upstream swim for survival are Atlantic cod, Alaska pollock, and sockeye salmon, as well as sporting fish including swordfish, barracudas, and brown trout.

When the planet warms, the oceans tend to bear the brunt of the damage — at least at first. Last year, a report from the United Nation's Intergovernmental Panel on Climate Change revealed that oceans have absorbed as much as 90 percent of the Earth's excess heat and, as a result, have been getting continuously hotter since at least 1970. Those rising temperatures make life more challenging for the creatures that live below the sea's surface. Fish in particular are sensitive to changing water temperatures, as it can throw off the entire spawning cycle and put young fish in more vulnerable situations. Scientists found that both female and male fish that are preparing to reproduce are left considerably more vulnerable by warm temperatures than adult fish or larvae, which have the capability to adapt to their surroundings.

As temperatures warm, fish will likely have to move out of their current surroundings and try to reproduce in cooler waters found in unfamiliar settings. They may struggle to reproduce during that time, and humans are likely not ready to deal with the sudden lack of access to fish that they count on as a food source. According to the World Wildlife Fund, as many as three billion people eat fish as their primary source of protein. Being cut off from that necessary source of nutrients could leave many populations scrambling for a suitable replacement, and vulnerable communities may face malnourishment and other health-related challenges due to a shortage of fish.

There is good news and bad news about the study's findings and our likelihood of avoiding this fish-deficient future. The bad news is that if we fail to curb the current rate of climate change, as many as 60 percent of the species studied could face challenges surviving in their current habitats and may be unable to reproduce by 2100, resulting in some fish effectively going extinct in what is currently their natural habitat. The good news is that the world still has an opportunity to forgo this outcome. If governments around the world stick to the goal of limiting global warming to 1.5 degrees Celsius, which is the target set by the Paris Climate Agreement, then just 10 percent of fish species studied would likely experience the projected reproduction challenges.

The problem, of course, is that we remain unlikely to achieve that goal. Even with the dramatic drop off in carbon emissions across the world due to lockdowns instituted in response to the coronavirus pandemic, humans have already returned to their polluting ways at such a rate that we are unlikely to see a significant change in overall emissions for the year. Many countries have plans to shift away from fossil fuels in the coming decades, but not at a rate that would slow warming enough to avoid some of its more devastating outcomes. Current models suggest a global temperature rise of anywhere from just under 1.5 degrees Celsius if everyone takes the threat seriously and makes drastic, immediate changes to as high as 5 degrees Celsius if we continue on the current path with no changes whatsoever. Many models are running hotter than expected, suggesting the time to make a change may be running out faster than originally believed. That could spell disaster for humans on land, fish in the sea, and everyone in between.