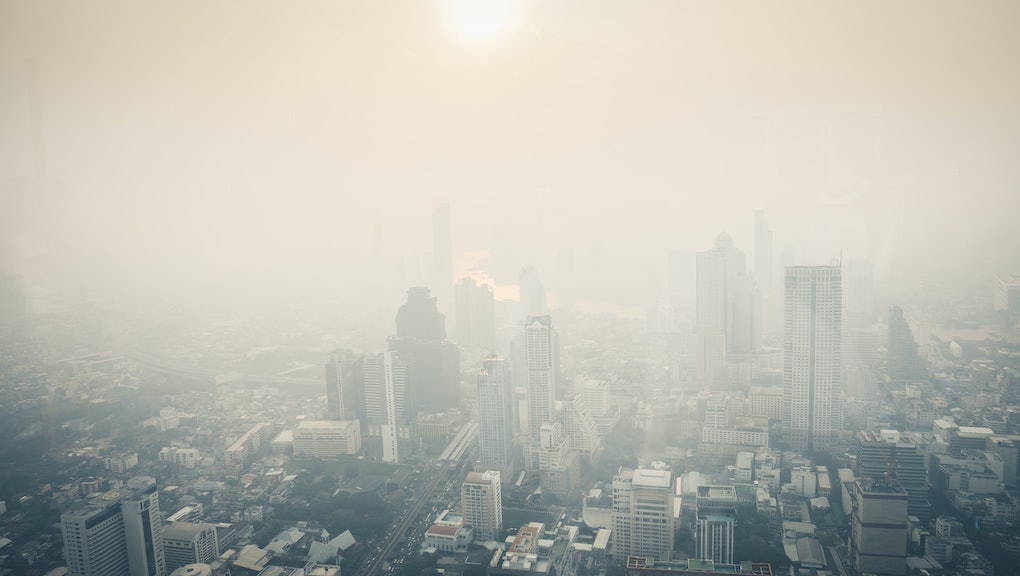 Under President Trump, the Environmental Protection Agency has rolled back policy after policy. But coronavirus has apparently provided the Trump administration with perfect excuse to hack away at more environmental protections. On Thursday, the EPA announced its suspension of all environmental laws during the pandemic.

In its announcement, the EPA said the "enforcement discretion policy" applies retroactively to March 13. The policy is supposed to be temporary, but the EPA set no end date. Now, a number of industries are able to ignore environmental laws, as the EPA will not "seek penalties for noncompliance with routine monitoring and reporting obligations."

EPA Administrator Andrew Wheeler's reasoning seems to rely on the idea that challenges from the coronavirus may make it difficult for factories to "meet all federal regulatory requirements."

"This temporary policy is designed to provide enforcement discretion under the current, extraordinary conditions, while ensuring facility operations continue to protect human health and the environment," Wheeler said.

"This is an open license to pollute. Plain and simple," said Gina McCarthy, who served as EPA administrator under President Barack Obama and now heads the Natural Resources Defense Council. "We can all appreciate the need for additional caution and flexibility in a time of crisis, but this brazen directive is an abdication of the EPA's responsibility to protect our health."

The EPA's policy comes after numerous industries — including oil and gas — lobbied for the administration to loosen up regulations during the pandemic. The industries claimed doing so would allow them to distribute fuel more effectively. However, the EPA's broad policy effectively makes the agency itself powerless.

Coming from the Trump administration, this policy is no surprise. This is the same administration that did away with EPA protections on coal plants, rolled back Obama-era water protections, and proposed regulations to undermine scientific research. In a statement to The Hill, Cynthia Giles, who headed the EPA's Office of Enforcement under Obama, described the policy as a "nationwide waiver of environmental rules for the indefinite future."

"It tells companies across the country that they will not face enforcement even if they emit unlawful air and water pollution in violation of environmental laws, so long as they claim that those failures are in some way 'caused' by the virus pandemic," Giles said. "And it allows them an out on monitoring too, so we may never know how bad the violating pollution was."

It is certainly ironic to suspend environmental protections during the coronavirus pandemic. This is a virus that causes respiratory illnesses, which means many people with asthma are considered high-risk. The EPA's own data from July 2019 shows that unhealthy air days in major U.S. cities increased over the past two years, even as emissions of key pollutants falls, and you cannot separate air pollution from its health impacts.

In the United States, environmental racism puts communities of color at unique risk. In the South Bronx in New York, residents of the Mott Haven neighborhood, nicknamed "Asthma Alley," have asthma hospitalization rates five times the national average and 21 times more than other NYC neighborhoods. Two years ago, an EPA report confirmed people of color are more likely to live near polluters and breathe polluted air.

A comprehensive response to the coronavirus would recognize that environmental protections are needed now more than ever. It would acknowledge that generations of environmental racism, and the effect that has had on the bodies of people of color, cannot be removed from conversations on pandemics or public health.

Instead, the EPA suspending its own policies means not only can companies pollute today, but the impacts of this decision could be felt for decades to come. And if another outbreak like the coronavirus rises in the future, there will be people put at risk solely because of a past administration's failures to protect them.