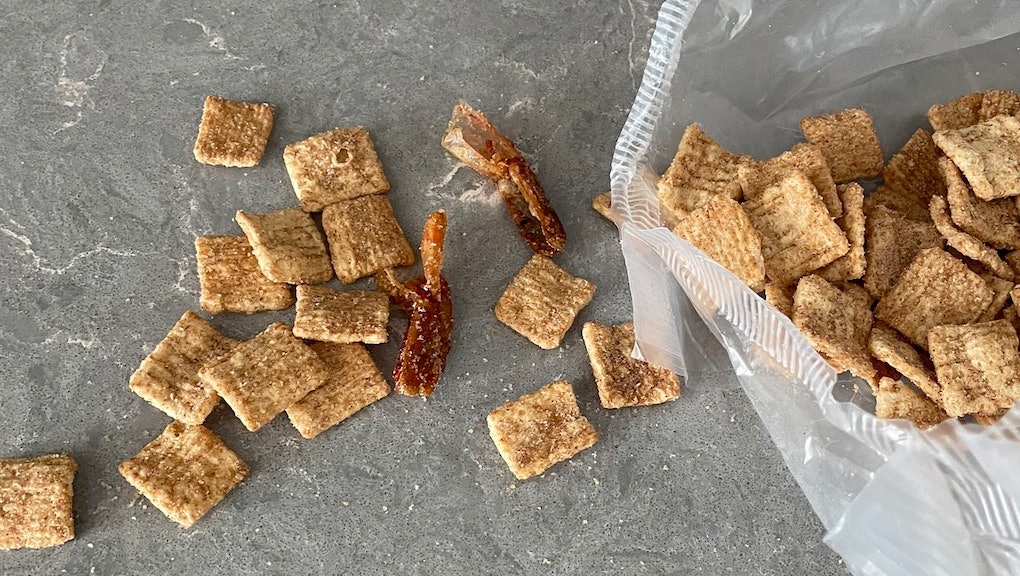 Fair warning: this absolutely cursed story of allegedly contaminated cereal is going to make you queasy. I’ve gone down the disgusting rabbit hole for you, dear readers, and as a result, I will never ever consume Cinnamon Toast Crunch again. You might be smart to avoid it, too.

Here’s why: a Los Angeles man says he found sugar-encrusted shrimp tails in his cereal and posted pictures on Twitter, pleading with the cereal-maker for an explanation. “I’m genuinely nervous I will never eat (or sleep) again without answers,” writer and comedian Jensen Karp tweeted. (“This is not a bit,” he clarified in his original horrified post.)

The notion of prawn husks somehow making it onto the production line at a General Mills factory is troubling. But the contaminated cereal probably wouldn’t have snowballed into a viral gross-out internet saga had the Cinnamon Toast Crunch brand not tried to gaslight Jensen. “After further investigation with our team that closely examined the image, it appears to be an accumulation of the cinnamon sugar that sometimes can occur when ingredients aren't thoroughly blended,” the cereal tweeted. “We assure you that there's no possibility of cross contamination with shrimp.”

Upon further investigation of his two-bag family pack, he found other weird stuff in there, too, like dental floss and suspicious black specks that appeared baked onto bits of cereal. Twitter sleuths informed Jensen that a mouse or rat may have made a nest in a bag of raw ingredients. The shrimp and floss, they posited, might have been items the animal scavenged. And those black specks, disgustingly, were almost definitely rodent droppings.

Yikes. This man had a really, really bad day. Scroll through more of the crustacean-based mayhem, below: