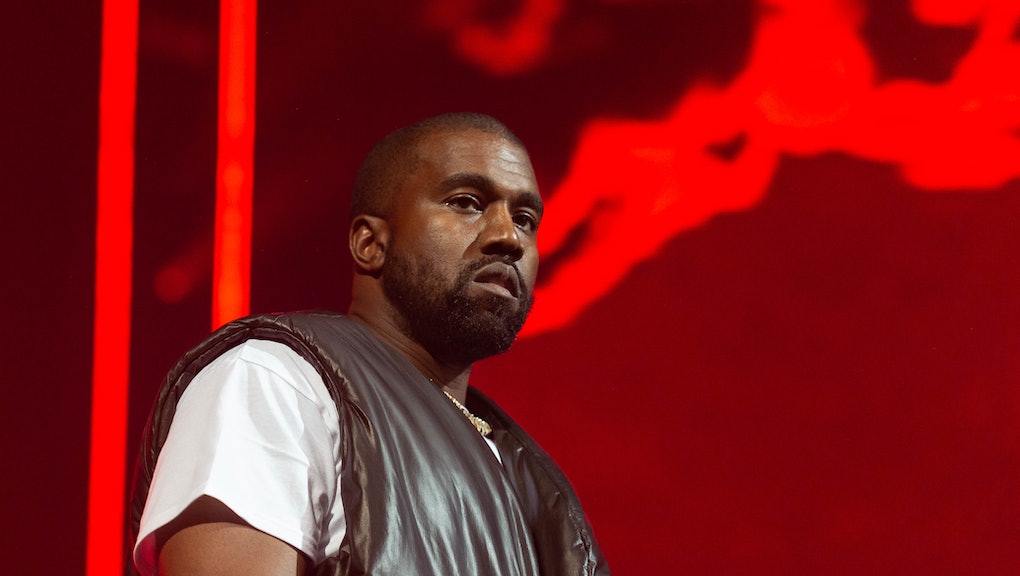 Yesterday, news of the apparent release of Kanye's long delayed album Yahndi, in the form of ringtones, probably made Kanye fans' heart skip a beat. Nevermind the fact that each song existed in the form of thirty-second clips that cost $1.29 each. Maybe if you purchased the ringtone, Mr. West would send you the rest of the song later. He's prone to such stunts, after all. I was not farfetched to assume that he’d do something wonky for his last album before an official departure from "secular music."

But, like so many things in 2019, the ringtones were most likely a scam that had nothing to do with West at all. The release was removed from the iTunes library yesterday, a sign that the music wasn’t sanctioned by Kanye himself. According to reporting done by The Verge, the snippets of Yahndi that were available on Apple Music were uploaded by a group called ENZO Label, which not only doesn’t have any known affiliation with Kanye West, but is also responsible for posting songs from other artists under false names. For example, the company would upload songs from The Kooks, but change the artist name to “Tony Hoffer.”

It's a sketchy and clever way for this company to earn streaming revenue. Most listeners aren't totally literate on the way music is actually uploaded to services like Apple and Spotify.

In August, The FADER covered the many leaks that have to lead up to the release of Yahndi, and the broader history of leaks that have spanned much of Kanye West’s career. “Yandhi fits into the larger pattern of West responding to leaks by refining, correcting, or reframing his work,” Paul Thompson wrote.

The stunt spells something of an existential threat to the streaming business if not contained relatively quickly. An artist as high profile and sought after as Kanye can create a frenzy with a tweet (not unlike his pal, Donald Trump). So this likely won't be the first time that scammers try and finesse vulnerable fans.

For now, it looks like there’s still no Yandhi, and there’s also still no gospel album. Keep an out for the drops, I suppose — and try not to buy any ringtones while you're waiting.

More like this
Spotify has a new kind of Wrapped playlist that LGBTQ+ people will love
By Kyle Turner
Harry Styles, king of gender neutral style, is working on a line of cosmetics
By Kara Weisenstein
Ricky Martin said he has PTSD from Barbara Walters trying to out him on TV
By Kara Weisenstein
Stay up to date