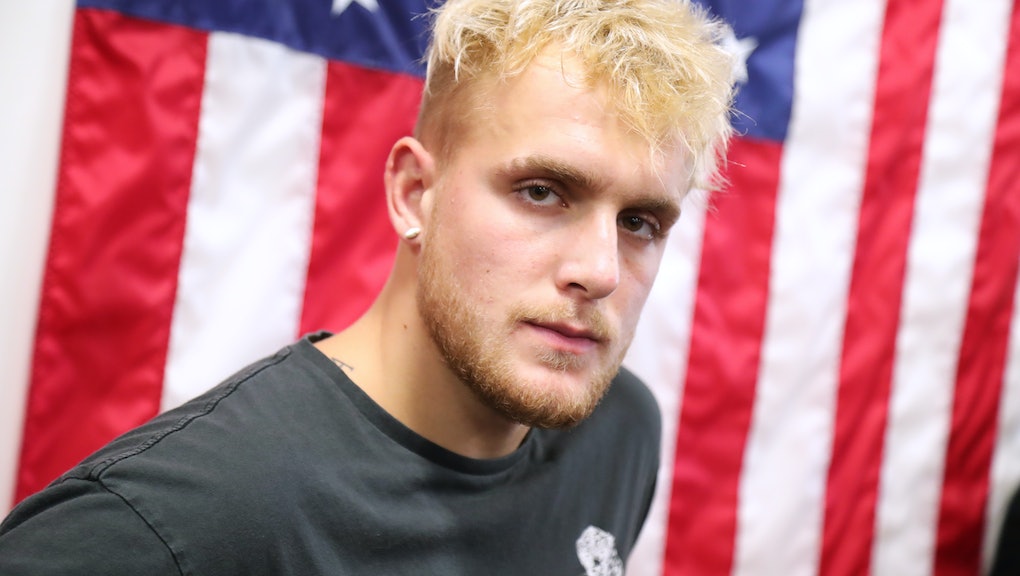 The FBI confiscated tons of guns from Jake Paul's mansion

YouTube celebrity Jake Paul’s questionable choices in pursuit of viral content are getting him in real world trouble. The FBI raided the vlogger’s mansion in Calabasas, California, on Wednesday, sending a cavalcade of armored vehicles and agents in SWAT gear to execute a federal search warrant. It’s still unclear exactly what the authorities were looking for, but they confiscated a number of guns from Paul’s mansion, including one found near his hot tub.

According to Federal officials, the raid is part of an investigation into an earlier incident that happened in May, when Paul allegedly participated in riots that erupted during nationwide protests against police violence. The YouTube star and his crew filmed themselves roaming a looted shopping mall in Arizona, as stores were pillaged around them. Paul insisted that his crew didn’t participate in anything criminal, but the vlogger’s presence amid the chaos was universally condemned. And it seems like the feds aren’t quite convinced Paul is innocent, either. The FBI told The Washington Post that the raid was part of an ongoing criminal investigation.

In June, Paul and his friends Arman Izadi and Andrew Leon were charged with criminal trespassing and unlawful assembly after the footage of them at the looted mall went viral. Those charges have now been dropped by local authorities. "The Scottsdale Police Department and Scottsdale City Attorney's Office are coordinating with the United States Attorney's Office for the District of Arizona and the FBI to ensure that justice is served regarding criminal acts at Scottsdale Fashion Square on May 30, 2020," the Scottsdale police department said in a news release. Rather than being off the hook, it sounds like Paul could be in even hotter water, since the feds have taken an interest in the case.

In a perfectly 2020 way, it could be possible that the FBI was looking for Paul's footage from the mall. That would actually fit with reports of authorities using social media posts to identify and prosecute Black Lives Matter protesters. All of the guns he left lying around his mansion are just an added bonus — or gimmick. One can imagine a depressing headline in the not-so-distant future: FBI arrests protesters thanks to Jake Paul footage. Great.

More like this
The first frustrating roadblock in Marilyn Manson’s sexual assault lawsuit is here
By Chloe Stillwell
How many times must victims relive their trauma in the Larry Nassar case?
By Chloe Stillwell
The 8 best reality shows you're not watching, but should be
By Brandon Yu
Stay up to date