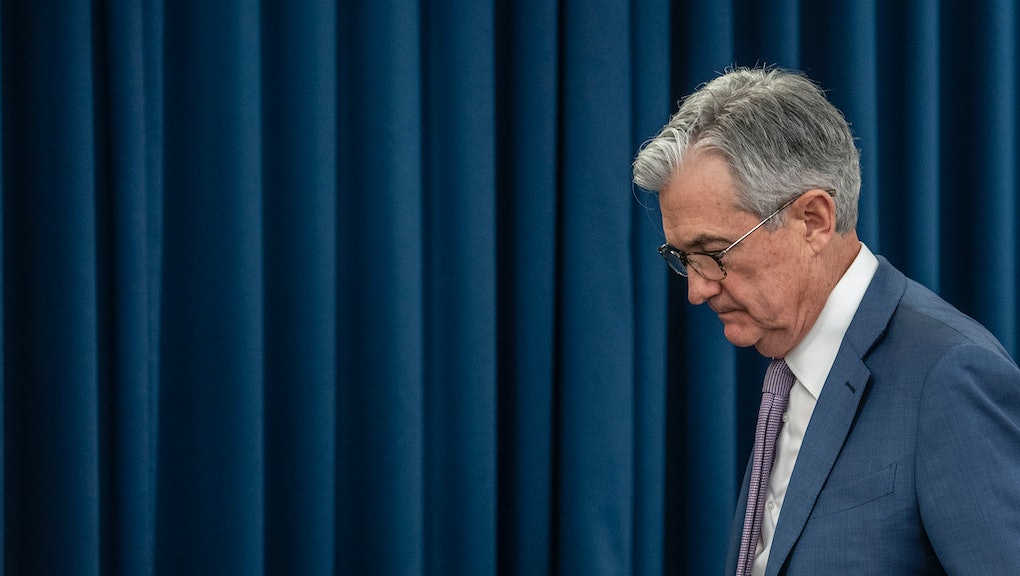 During a webinar at the Peterson Institute for International Economics, Powell delivered a speech about the coronavirus's "devastating human and economic toll." Powell said, "A Fed survey being released tomorrow reflects findings similar to many others: Among people who were working in February, almost 40% of those in households making less than $40,000 a year had lost a job in March."

"This reversal of economic fortune has caused a level of pain that is hard to capture in words, as lives are upended amid great uncertainty about the future," Powell added.

While the Fed survey has yet to be released, the data isn't coming out of nowhere. In April, the Pew Research Center found that about half of lower-income Americans reported household job or wage loss due to the coronavirus pandemic. Of those, only 23% reported having enough emergency funds to last them three months.

While low-income households are generally hard-hit, you also have to account for race. For example, Black people are disproportionately impacted by the virus itself, with higher infection rates and more deaths due to systemic racism. When it comes to economics, the Bureau of Labor Statistics jobs report for the month of April found 16.7% of Black people and 18.9% of Latinos were unemployed in comparison to 14.2% of white people.

The BLS also said April's unemployment numbers were record highs for every single group except Black people. Unfortunately, even that is to be expected, a Black people have historically borne the brunt of recessions and natural disasters.

A specific difficulty is that the coronavirus pandemic has eliminated scores of service jobs. Employment in the service sector made up about 129 million jobs, with women and people of color holding a disproportionate share of those jobs. According to The Conversation, about 69% of service workers made under $15 an hour, and most did not have paid sick leave or adequate health insurance.

People who were already overworked, underpaid, or otherwise exploited before the pandemic cannot be expected to survive now without any assistance. Especially not with research finding that the coronavirus crisis is also having psychological impacts. Although Congress sent Americans $1,200 in direct aid, some couldn't access it, such as undocumented people and their spouses. Many other eligible Americans have yet to receive their checks. And for those who could and did get the cash, a one-time infusion often still isn't enough, with monthly obligations like rent and student loan payments still looming.

Earlier this week, House Democrats unveiled a new $3 trillion coronavirus aid plan. It includes billions to expand testing as well as money for further direct cash payments to Americans. If passed, it would be the largest relief package ever, dethroning the $2 trillion CARES Act passed in March.

In his speech, Powell said, "Additional fiscal support could be costly, but worth it if it helps avoid long-term economic damage and leaves us with a stronger recovery. This tradeoff is one for our elected representatives, who wield powers of taxation and spending." Given the traditional political impartiality of the Federal Reserve chair, the fact that Powell advocated for further relief to avoid a possible prolonged recession is telling.

More like this
New York has set aside a massive, first-of-its-kind fund for undocumented workers
By Rafi Schwartz
How the treasury secretary keeps America's economy afloat
By Vanessa Taylor
New York will finally offer vaccines to all inmates, after a judge's order
By Vanessa Taylor
Stay up to date