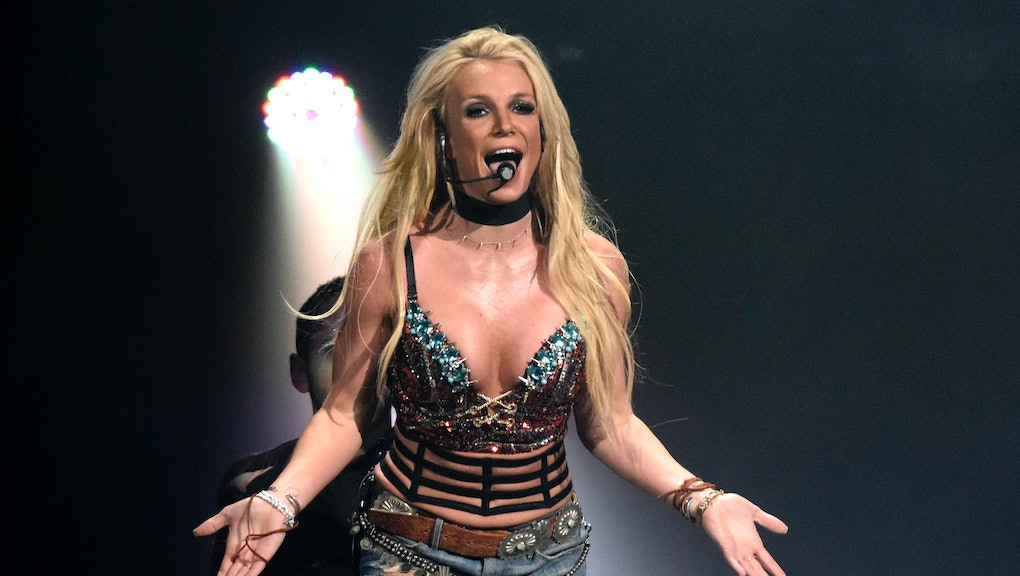 Hindsight can be harrowing, it turns out. The new FX-Hulu documentary Framing Britney Spears is a detailed look at the harassment and abuse the pop star endured from the media throughout the late '90s and early 2000s, all while cranking out a parade of pop hits. After the documentary premiered, "We are sorry Britney" became a trending phrase on Twitter. She dealt with a ravenous public and ruthless paparazzi photographers, but the singer's fans say Spears deserves an apology from one man in particular: her ex-boyfriend Justin Timberlake.

The 90-minute exposé, which is part of the ongoing New York Times Presents series, mostly focuses on the #FreeBritney movement, an effort to end the conservatorship that empowers her father to control her daily affairs and finances. But to contextualize the trajectory of Spears's career, one part of the documentary focuses on her relationship with Timberlake. When the pair split in 2002, he parlayed gossip that she'd cheated on him into fuel for his budding solo career. Timberlake's video for his breakout hit "Cry Me a River" was a thinly veiled depiction of Spears sneaking around behind his back.

Public fascination with their breakup sustained the media cycle for a stunning amount of time. In 2003, Diane Sawyer drove the pop singer to tears by grilling her about Timberlake. “You broke his heart, you did something that caused him so much pain, so much suffering. What did you do?” the news anchor demanded.

Nearly two decades later, people are far more skeptical of Timberlake's motives. He was criticized in recent years for similarly throwing Janet Jackson under the bus — after the infamous "wardrobe malfunction" at the 2004 Super Bowl, her career stalled while his star continued to ascend. In 2018, on the 15th anniversary of the pasty-covered breast that shocked a nation, people lobbied to refer to the Super Bowl as "Janet Jackson Appreciation Day."

Suffice to say, Framing Britney Spears lends a whole lot more credibility to the #FreeBritney movement. At the very least, all the people who once exploited her stardom are being reevaluated.