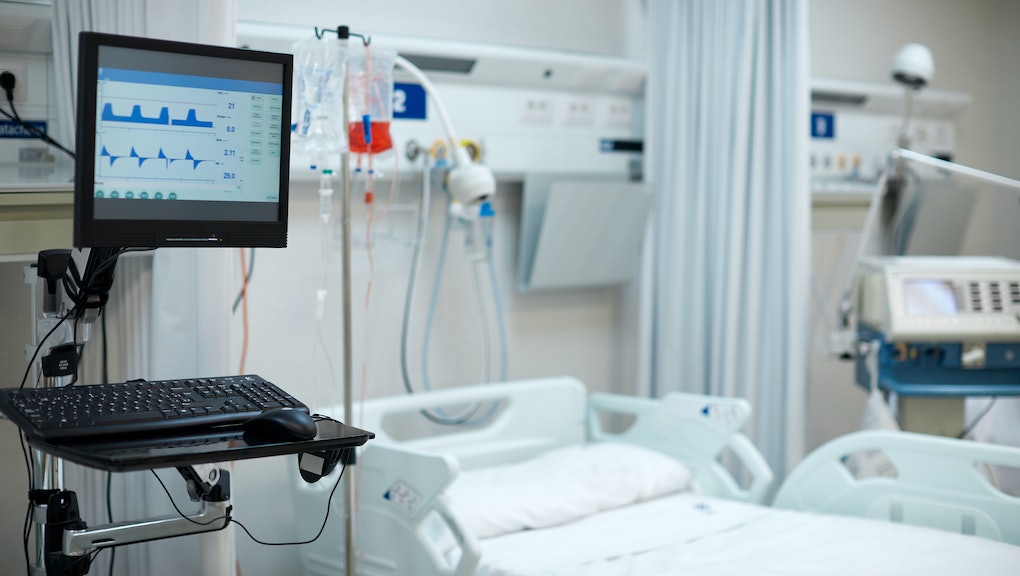 The government covers uninsured coronavirus patients. Why won't anyone tell them?

For some, the stress of paying a coronavirus-related hospital bill weighs heavier than the fear of actually getting infected. Some uninsured patients, however, don’t actually have to pay for treatment. Unfortunately, no one’s telling those COVID-19 patients treatment might be covered for them. Insurance is, sometimes purposefully, confusing to the common man. One particularly tragic instance of this healthcare system failure is Darius Settles, a 30-year-old man from Nashville, who died after having to refuse treatment.

The devastating details of his story recently ran in NPR. Before his death, with his health in a declining state, he was rushed to the hospital with respiratory issues and his blood oxygen level depleted — a common serious symptom of COVID-19. He reportedly refused treatment at the hospital and went home, where he later died. According to his wife, Settles was terrified of how much the bill was going to be for his treatment, yet no one from the hospital informed him or his wife that they probably would not have to pay for it since COVID-19 patients without insurance are covered through the CARES Act, the same pandemic legislation that gave most of us relief checks months ago.

The money allotted through the CARES Act aims to cover the usually very expensive treatments that coronavirus patients receive, regardless of whether they can pay for them. One might wonder why the hell physicians don’t bring this potential funding to Settles’, or other patients’ attention. “Among clinicians, there's a reluctance to raise the issue of cost in any way and run afoul of federal laws. Emergency rooms must at least stabilize everyone, regardless of their ability to pay, under a federal law," Blake Farmer says, in NPR. "Asking questions about insurance coverage is often referred to as a ‘wallet biopsy,’ and can result in fines for hospitals or even being temporarily banned from receiving Medicare payments."

Also, doctors don’t want to make any promises about bills being covered, says Ryan Stanton, a Lexington-based emergency room physician and board member of the American College of Emergency Physicians to NPR. "There should not be a false sense that it will be an absolute smooth path when we're dealing with government services and complexities of the health care system."

The hospital where Settles received his final treatment, TriStar Southern Hills, admits hundreds of patients a year without insurance — more than 500 in 2019. TriStar reportedly doesn’t tell its patients that upfront, neither to other hospitals or national health systems, according to WPLN and NPR. Still, there’s apparently no requirement for medical professionals to talk to patients about financial matters until after they receive treatments.

It makes sense that medical professionals don’t want to promise a patient they likely just met anything that might not happen, especially since the American healthcare system is, in two words, a greedy shitshow. But some type of insurance literacy would be nice. The American healthcare system needs to find a way out of ceding control. Patient care should not fall to whichever thin-lipped man twirling his curly mustache is determining costs at insurance companies and the billing departments of for-profit hospitals.