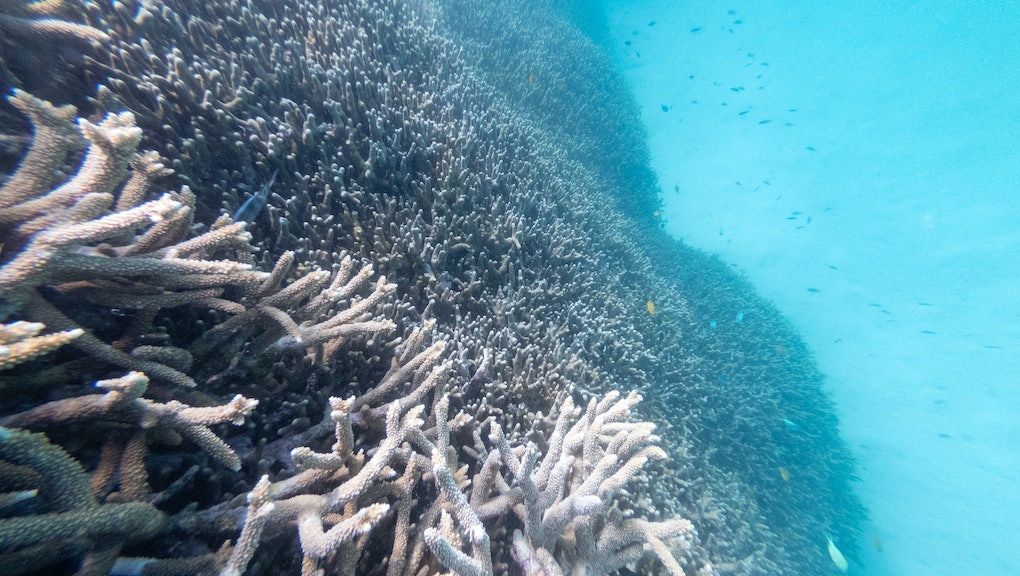 The Great Barrier Reef's corals are dying at an unprecedented rate

Australia’s Great Barrier Reef is famous for being a beautiful underwater wonderland that hosts the world’s largest coral reef system. But it’s been hit hard over the years by warming waters and acidification brought on through climate change. The significance of that impact has recently been calculated by a group of researchers who say that approximately half of the corals in the Great Barrier Reef have died within the past 25 years.

In a study published on Tuesday in the journal Proceedings of the Royal Society B, the scientists measured the changes in various small, medium, and large-sized corals along the Great Barrier from 1995 to 2017, and found that the overall population of coral had declined by 50 percent. And although corals have the ability to heal and replenish their numbers, the colonies were producing fewer baby corals, which impacted their rate of recovery.

“We measured changes in colony sizes because population studies are important for understanding demography and the corals’ capacity to breed,” lead author Dr. Andy Dietzel said in a statement. “A vibrant coral population has millions of small, baby corals, as well as many large ones — the big mamas who produce most of the larvae. Our results show the ability of the Great Barrier Reef to recover — its resilience — is compromised compared to the past, because there are fewer babies, and fewer large breeding adults.”

Additionally, increasingly warm waters are making coral bleach, which is a process where the corals get rid of the algae in their tissues due to stress. This turns them white and weakens them to the point that many die. According to the researchers, bleaching resulted in greater losses in the north and central Great Barrier Reef in 2016 and 2017.

During the same years the Great Barrier was undergoing widespread bleaching, corals that provided homes for fish also diminished in number. Some of these fish also feed humans, and the losses of their ocean homes could certainly come to hurt people as well.

The findings are pretty depressing, but not devoid of hope. Coral are surprisingly resilient and can recover — if we stop constantly harming them. However, Australia’s leaders have been notably resistant to environmental protections under Scott Morrison, a prime minister who is self-destructively faithful to the coal industry. A survey of Australian citizens ranked the country third in a list of nations with the most climate change deniers (the US, of course, is first).

“There is no time to lose — we must sharply decrease greenhouse gas emissions ASAP,” wrote the authors. But despite the urgency required and the amount of tourism a healthy and beautiful Great Barrier Reef brings, it seems like the Australian government will need a lot more convincing.

In the meantime scientists need more research to get better data on coral demographics and whether the colonies can gradually recover from this dire situation.

“We used to think the Great Barrier Reef is protected by its sheer size,” said co-author Terence Hughes, “but our results show that even the world’s largest and relatively well-protected reef system is increasingly compromised and in decline.”

More like this
Google Earth's new Timelapse feature is a rude awakening for climate skeptics
By AJ Dellinger
What cities will be most affected by climate change?
By Vanessa Taylor
The ocean is about to swallow a climate research facility, which feels fitting
By AJ Dellinger
Stay up to date