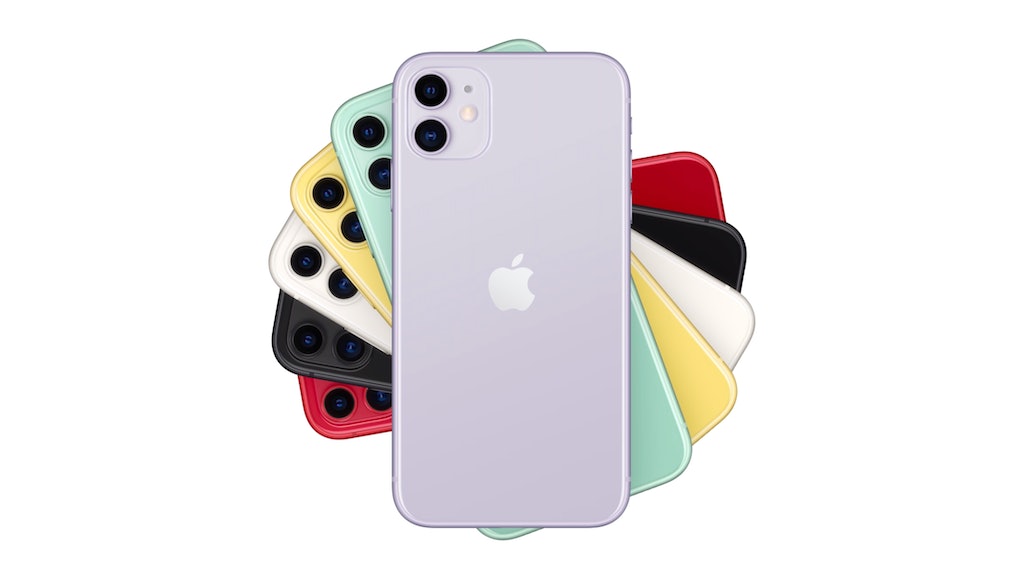 The iPhone 11 colors are better than the Pro’s — why doesn’t Apple make its best phone in its best colors?

During Apple's 2019 Special Event, the manufacturer finally unveiled its slate of new iPhones. The iPhone 11, iPhone 11 Pro, and iPhone 11 Pro Max are on their way to delight buyers when they debut on September 20. Among the cavalcade of new iPhone 11 features, buyers will get a variety of colors to choose from: purple, yellow, green, black, white, and red.

Meanwhile, iPhone 11 Pro users get four options: a new midnight green, space gray, silver, and gold colors. iPhone 11 Pro Max buyers will have the same options. As you can see, that's two fewer colors than the iPhone 11, with much more muted, lackluster hues. Apple has seemingly decided over time that colorful phones aren't something "professional" customers are interested in.

As someone who routinely opts for Apple's larger, "premium" options (and bright colors when I can get them), I've been wondering about this for some time now: Why is Apple seemingly ignoring buyers who want the company's latest and greatest with the same colorways as the cheaper options?

Logic dictates that the more you pay, the more options you should have, and there's a massive price difference from the base model iPhone 11 to the iPhone 11 Pro and Pro Max — to the tune of at least $300 depending on which iPhone 11 Pro model you choose. You're paying extra for additional features, better construction, faster performance, and a better phone overall — and yet, Apple continues to reserve its most colorful options for its cheaper offerings.

In comparison, the iPhone XS and iPhone XS Max came in three colors: silver, space gray, and gold – the same colors users get this year with the more expensive phones, only without the added midnight green. The year before, iPhone X buyers were once again relegated to silver or space grey. These aren't isolated incidents, and Apple continues to do the same thing with each new product launch.

Ever since Apple debuted the lower-priced iPhone 5c, which came in a handful of exciting colors, this has been the case. It actually predates iPhones, though – if you'll recall, iPods weren't immune, either. The larger units that held more songs were only available in black or white, but iPod Nano and Shuffle units were released in a wide variety of colors.

The message Apple is sending (whether intentionally or not) is clear: you can't have a "fun" phone if you want the highest level of professionalism or quality. You have to choose one or the other. Bold and interesting colors are apparently something power buyers aren't looking for. But aside from concerns such as fewer buyers for the more expensive models (which absolutely makes sense), what reason does Apple have for gatekeeping when it comes to attractive designs for buyers looking for performance and aesthetically-pleasing devices?

We can only guess (we reached out Apple representatives but did not receive a response in time for publication), but perhaps it lies in long-held notions of what "professional" looks like. Business wear is typically in muted tones like grays, tans, blacks, and taupes and in some industries, those with unnaturally, brightly colored hair are viewed as irresponsible or unprofessional. Vivid colors in one's hair or work wardrobe can sometimes elicit negative responses from others in the workplace, such as thoughts that you aren't cut out for the job title you hold due to your unwillingness to stick to convention.

Personally, I can attest to the assumption of incompetency with unnatural hair color. As someone who has experimented with every color of the rainbow (including the notoriously hard to achieve cotton candy pink), I've heard my fair share of snide remarks from individuals who assume untrue, wildly incorrect things about my character or ability. If it's not a remark about "why I need to stand out with that hair," it's a descriptor later used to single me out from a crowd, as if I had done something wrong or offensive by having pink or red hair. I even was made to dye my hair back to brown while holding jobs in healthcare and retail.

Perhaps Apple is still comfortable buying into the archaic notion that a color could possibly indicate your willingness or adeptness at work. But, societal norms such as these have slowly been changing over the years, with visible piercings, tattoos, and unnatural hair colors now welcome in various lines of work.

It's frustrating that Apple, of all companies, seems to be sticking so closely to old-fashioned societal conventions such when the organization prides itself on "thinking differently" and taking more risks. This is the same company that rocked a wide range of colorful flavors for its laptops and desktop computers in the 2000s, which certainly appeared to appeal to a wide range of buyers.

Why does it matter? Well, for those who use phone cases and cover up their expensive new device anyway, it doesn't really. But regardless of what's done with a phone after it leaves its packaging in your home is immaterial. The issue here is that Apple is either afraid of promoting a culture where colors are seen as exactly what they are – literally just colors – or the company doesn't see power users as individuals with taste, preferences, or aesthetic appreciation that go beyond neutral tones.

It's a colorful, diverse world out there. Spending extra money on a powerful phone should mean buyers get the same options as those who don't want to break the bank. And if that isn't an option, is the iPhone 11 Pro or iPhone 11 Pro Max really the best you can get if it can't even live up to the colors offered in Apple's lower rung of phones? Not really.