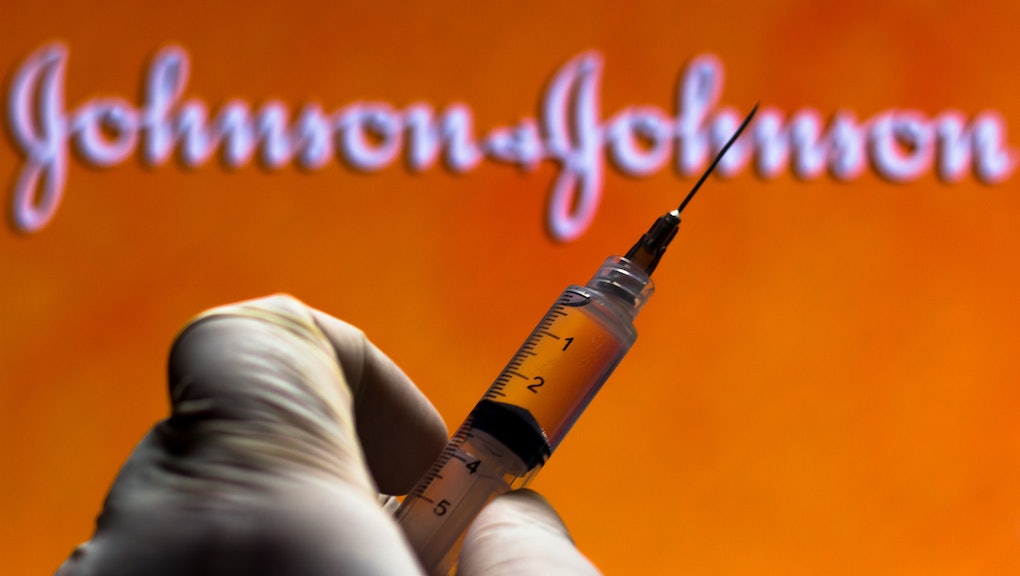 The Johnson & Johnson vaccine explainer: There's more to it than efficacy

Last week, Detroit Mayor Mike Duggan rejected thousands of doses of Johnson & Johnson’s COVID-19 vaccine. "We are gonna protect Detroiters with a 95% vaccine,” he said in a press conference, a nod to clinical trial results that had shown the Moderna and Pfizer-BioNTech vaccines to be 94.1% and 95% effective, respectively, against COVID-19. Meanwhile, clinical trial results had shown Johnson & Johnson’s vaccine to be 66.3% effective against COVID-19 globally and 72% effective against the disease in the U.S.

But while vaccine efficacy — its performance in a controlled clinical trial — is important, it isn’t everything. Mic spoke with medical experts about what we need to consider besides efficacy when assessing the Johnson & Johnson vaccine.

Before we dive in, though, it’s important to understand how to interpret the efficacy rates of the vaccines currently available in the U.S. First of all, we can’t directly compare them, since the trials were conducted at different time periods, Jeffrey Carson, the provost at Rutgers Biomedical and Health Sciences and principal investigator of the Johnson & Johnson trial at Rutgers, tells Mic. In clinical trials, the Moderna and Pfizer vaccines successfully targeted the SARS-CoV-2 variant that had arisen in China, which predominated at the time. Johnson & Johnson’s Phase 3 trials started later, after other variants had surfaced.

The disparity in efficacy rates could mean that Moderna and Pfizer’s vaccines are better, Carson says — but they might’ve also performed comparably to the Johnson & Johnson vaccine had their trials taken place at the same time.

Secondly, although the Johnson & Johnson vaccine was less effective at preventing any form of COVID-19 in clinical trials, it’s fair to say that most of us prioritize preventing severe forms of COVID-19 — which Johnson & Johnson does really well, showing 85% efficacy in preventing severe disease in all the regions studied. “After 28 days, there were no deaths, and there were no hospitalizations,” Carson adds. Whether a vaccine prevents a mild flu- or cold-like illness that lasts a few days “wouldn’t be game-changing for most patients,” Philip Grant, an assistant professor of medicine at the Stanford University Medical Center and principal investigator of the Johnson & Johnson trial at Stanford, points out.

Beyond the protection it offers against severe COVID-19, the Johnson & Johnson vaccine has other advantages you might want to consider:

You’ll probably be able to get the Johnson & Johnson vaccine in routine clinical settings, like your doctor’s office or pharmacy, Grant says, not just at big centers. Unlike the Moderna and Pfizer vaccines, it doesn’t require ultra-cold storage — it can be refrigerated for three months and frozen up to two years — which allows it to be administered at these smaller sites, Paul Schulz, a physician with Norton Healthcare in Louisville, Kentucky, told the Courier Journal.

It requires only one shot

“You don’t have to worry about the follow-up visit,” Grant tells Mic. “That’s pretty beneficial, the fact that you have clinically meaningful protection… within 14 days.” A one-and-done shot also means you have to deal with side effects only once instead of twice, Carson says — which brings us to another potential advantage to getting the Johnson & Johnson vaccine.

The risk of side effects may be lower

The fatigue, low-grade temperature, general lousiness, and other side effects people might feel for a day or so post-vaccination seems to a “bit less common” with the Johnson & Johnson vaccine, Carson says. “You tend to see more side effects with the second dose [of the other two].” Grant doesn’t think we can really compare the vaccines’ side effects, but based on his review of trial participants who received active Johnson & Johnson vaccine, he thinks “flu-like illness after the vaccine is much less common with Johnson & Johnson,” which is unsurprising given that it seems to spur a slightly less robust immune response.

Likewise, The Atlantic reported that it’s hard to draw a one-to-one comparison between trials, but around 2% of trial participants who got the Johnson & Johnson vaccine reported achy muscles and other reactions that disrupted their day-to-day activities, compared to 15% of trial participants receiving their second dose of the Moderna vaccine.

Some people worry that the immune response the Moderna and Pfizer vaccines trigger will attack the placenta in pregnant recipients, but Grant emphasizes that this claim is “totally bogus” and not based in fact.

Both of these vaccines use genetic material known as mRNA to encode instructions for cells to make SARS-COV-2’s spike protein, the New York Times explains, so our immune system can learn to recognize it. The Johnson & Johnson vaccine, on the other hand, uses DNA to encode these instructions, packaged inside a harmless virus. The latter approach has “been around for about 20 years, not just for COVID, but for other disease states,” like Ebola, Grant says. While he doesn’t think the mRNA vaccines warrant concern, “this is kind of an older, established technology,” with many years of safety data that might provide some reassurance if you do have concerns.

In the future, as more people get vaccinated and supply outweighs need, “they can choose their preference in terms of what they think is most important,” Carson says. Other factors besides efficacy matter, and they’re also important to remember at this phase, when it’s still hard to get our first choice. “I don’t see the focus purely on the efficacy as the right question,” he says. “Get the first vaccine you can get.”

More like this
Here’s who might need a COVID-19 booster ASAP, according to Dr. Fauci
By Tracey Anne Duncan
J&J vaccine may be less protective against the Delta variant, new research confirms
By Tracey Anne Duncan
Why our Hot Vax Summer has been lukewarm, at best
By Melissa Pandika
Stay up to date