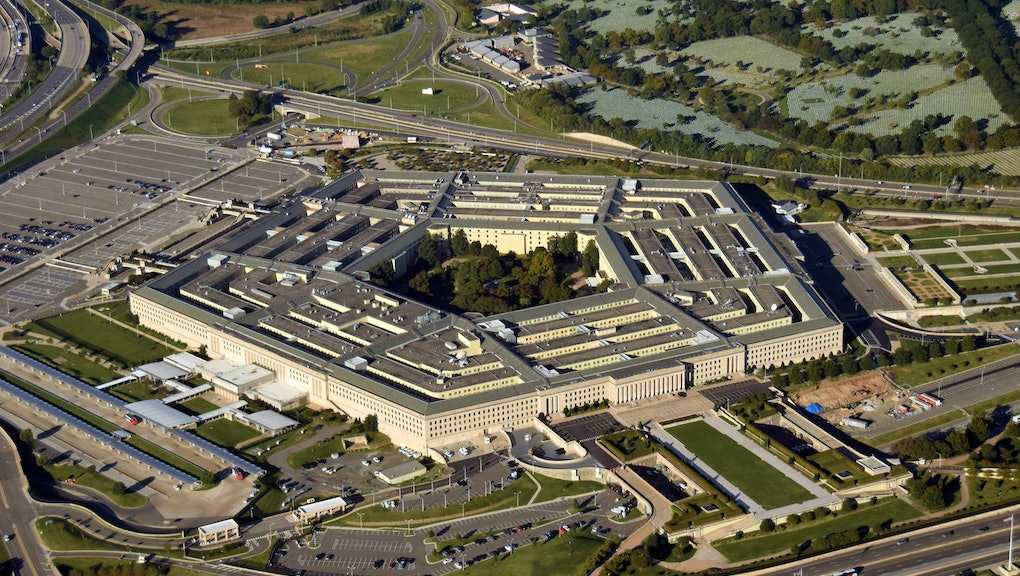 The Joint Enterprise Defense Infrastructure plan from the U.S. Department of Defense could be derailed by legal challenges

The United States Department of Defense has an idea: an all-encompassing cloud system that will allow personnel across the globe to connect, stay in contact and share even the most sensitive of documents and mission plans seamlessly. This unifying service, cheekily titled Joint Enterprise Defense Infrastructure (JEDI), represents one of the biggest changes in military operations, and the Pentagon needs help to pull it off. That's where Amazon and Microsoft come in. The two companies are bidding against one another to cash in on a massive, $10 billion contract being dangled by the government to make JEDI a reality. There's just one problem: the project, which some people are referring to as a "war cloud," hasn't even started and it has already been burdened by legal challenges, allegations of favoritism, underhanded dealing and serious security questions.

To understand the controversy surrounding JEDI, it's first important to know what the U.S. Defense Department wants it to be. In the eyes of the government, JEDI will be the system that it leans on for just about everything. Military personnel, be they working in the Pentagon or stationed in warzones, will be able to tap into the cloud system and access data relevant to their mission. It will host everything from unclassified documents to secret and top secret information. It will also be capable of utilizing artificial intelligence to improve and accelerate war planning.

Crucially, to make this all work, the Pentagon wants to hand out a single, winner-take-all contract to a company that will build this massive undertaking. That's where the wheels start to fall off. It makes sense that the Defense Department wants to be able to simply hand this off to one company to handle the whole thing rather than contracting out a bunch of different companies to complete parts of it, especially when JEDI relies extensively on the ability of everything to be unified and connected. The problem is that single cloud systems like the one the Pentagon wants carries a significant risk. In a blog post, IBM executive Sam Gordy warned that using a single cloud carrier “would give bad actors just one target to focus on should they want to undermine the military’s IT backbone.”

It's an approach that most in the private sector don't take. According to 451 Research, 69 percent of businesses are already pursuing a multi-cloud strategy for a variety of reasons, including security concerns and maintaining flexibility as new technologies come available. "In general, there is a belief that one cloud doesn’t fit all. Each cloud company has areas of expertise, excelling in some areas, and lacking in others," explains Chris Smith, the vice president of cloud architecture at Unitas Global Enterprises. He said that government agencies should pursue a hybrid cloud approach, tapping multiple providers for different tasks. "The idea that the government is pursuing one cloud provider creates an area of pause for most technical cloud architects," he says.

The single provider plan also runs counter to the government's own purchasing guidelines, according to Murli Thirumale, the co-founder and CEO of cloud software provider Portworx. In an op-ed for The Hill, she wrote that government contracts should "favor multiple providers wherever possible," reasoning that, "spreading the benefits of such large contracts would help make the nation’s cloud industry more competitive."

There is some competition between cloud services at the moment, but it's increasingly becoming a duopoly. Amazon holds the lion's share of the market at 32 percent, with Microsoft the second-largest provider, accounting for 16.5 percent of the market, per Canalys. No other company cracks 10 percent. Given that, it's perhaps not surprising that the battle for JEDI has come down to Amazon and Microsoft, the two dominant forces in the industry already. With $10 billion at play for the JEDI contract, the Pentagon will basically ensure that the industry continues to be dominated by its current leaders, rather than allowing a smaller provider access to cash they might not otherwise have and give them the opportunity to innovate.

Todd Matters, chief architect and co-founder of RackWare, told Mic, "$10 billion is enough to move the needle for pretty much any company, regardless of how successful they are now." He also noted that there's likely much more money coming to the winner of the JEDI contract long after the cloud is completed. "JEDI is just the beginning of the government’s move to the cloud," he said. "Once a cloud provider’s success is proven, additional opportunities will follow. The financial fallout after JEDI (or a continuation of it) could eclipse the current $10 billion potential." As Smith explains, a contract of that size would enable the winner to "invest much more in research and development, which will drive them to be a stand-alone leader in the cloud space."

With the possibility of keeping a massive cash cow all to themselves, companies interested in being the military's exclusive cloud provider have started to pull out all of the stops. Oracle and IBM, two tech giants that were eliminated from the bidding early on in the process, lodged formal protests against the Department of Defense's plan to hand JEDI to a single vendor. While there is surely a bit of pettiness behind the decision after the companies get axed from the competition, they raised concerns that the deck has been stacked in Amazon's favor since the very beginning. Amazon has already done extensive cloud infrastructure work for the federal government, landing a significant $300 million contract to build a cloud for the CIA in 2013, and according to a lawsuit filed earlier this year by Oracle, the Pentagon's plan for JEDI seemed to be tailored to Amazon's favor.

Amazon has done what it can to grease the wheels along the way, as well. The company allegedly negotiated a job offer in secret with a then-official in the Department of Defense who had helped to shape the JEDI procurement process. The conversation went on for months, during which Amazon and the Pentagon employee discussed salary, signing bonuses and stock options. All the while, the employee was believed to have access to information about bids made by Amazon's biggest competitors in the process. The conflict of interest allegedly wasn't disclosed for quite some time, until the employee was just weeks from starting a new job at Amazon. Emails also reportedly show conversations between Defense Department officials and Amazon, including meetings about the proposed program before bids were being solicited. As Amazon prepares to open up shop on its second headquarters in Arlington, Virginia, not far from the Pentagon, it appears the company plans to cozy up to the government in every way possible.

JEDI will be a massive undertaking and, for whoever wins the contract, a significant windfall of cash. The fact that the project has been shrouded in such controversy and carried out in an apparently underhanded way likely doesn't bode well for the finished product. Something as critical as JEDI requires the best possible bids from a variety of providers, not a Jedi mind trick to make it appear like a real competition while handing a massive check to Amazon.