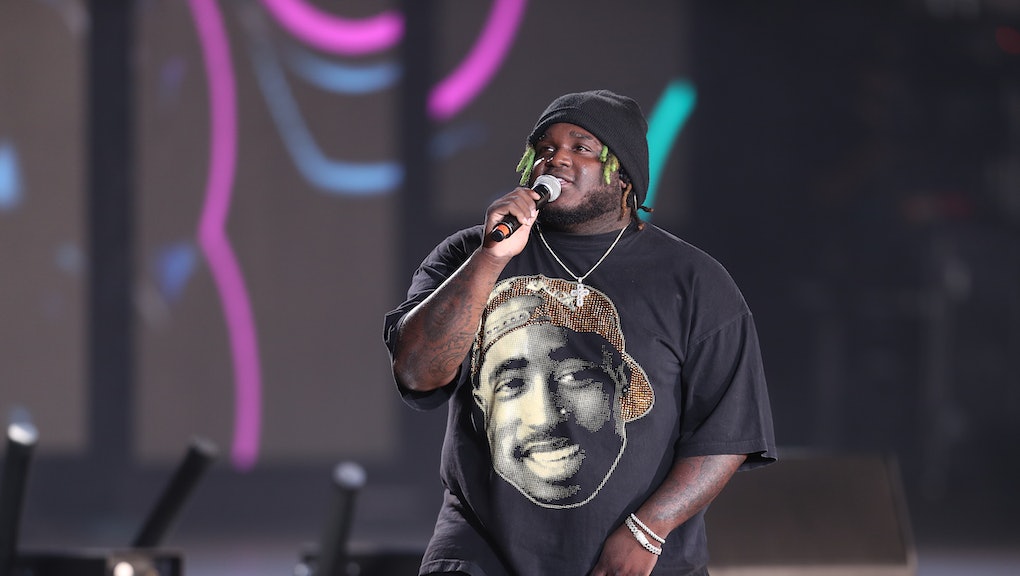 Despite a lead up that included a fair amount of drama about nominations, the 2019 Latin Grammys on Thursday night passed without much incident. There were a number of performances, including from Rosalia, Bad Bunny, and Sech, the Afro-Panamanian artist whose song “Otro Trago” was one of the most popular songs of 2019. The song was nominated for three awards last night but, unfortunately, went home with none.

Sech lost the Best Urban/Fusion Performance award to Pedro Capo and Farruko’s “Calma (Remix).” His debut album, Sueños, lost in the Best Urban Album category to Bad Bunny’s 100XPRE, and “Otro Trago” lost Best Urban Song to Rosalia and J Balvin’s “Con Altura.” The Latin Grammys hasn’t adapted very quickly to the Reggaeton takeover that has occurred in the last few years, and there were several extremely successful artists that put out career-defining work in the last year. Still, “Otro Trago” is certified Diamond and has been streamed half a billion times on Spotify. The song made Rech one of the most sought after urbano vocalists in the industry.

It is disappointing that one of the few Afro-Latinx artists to be nominated, and the only Afro-Panamanian artist to be nominated, left the Latin Grammys empty handed. Sech is one of the few dark-skinned Latinos who have benefited from Reggaeton boom in the mainstream, despite the fact that it was Afro-Latinx people, and specifically Afro-Panamanians, who pioneered the music we now all know as Reggaeton. His loss serves as a reminder that there’s still massive amounts of inequity when it comes to the Reggaeton and Urbano industries. Many of the most popular artists are white or white passing; Nicky Jam, J Balvin and Maluma are some of the most obvious examples, and that disparity isn’t a coincidence.

Reggaeton has been an embattled genre from its inception, perceived to be lesser than other Latin American music and neglected by the mainstream until recently. As the genre has risen in popularity — Reggaeton regularly occupies top spots on Spotify’s Global 50 — it will have to resist perpetuating the very exclusionary attitude that kept it off the charts for so long.

That said, Sech’s losses were far from any sort of failure for the 25-year-old artist. He’s experiencing the success of a second hit, “Si Te Vas” with Ozuna, is planning on releasing a second album soon, and like so many successful musicians, is starting a fashion line. “We are a very talented people, Panamanians,” Sech told Rolling Stone in Spanish ahead of the Latin Grammys. “I want to represent us well. I want more people to recognize that and work with us.”

Sech’s presence in the urbano/Reggaeton scene is a welcome departure from the usual dominating artists. “Everything changes so fast,” Sech said to Rolling Stone. “You never know where things are gonna go, and that’s an exciting challenge.”