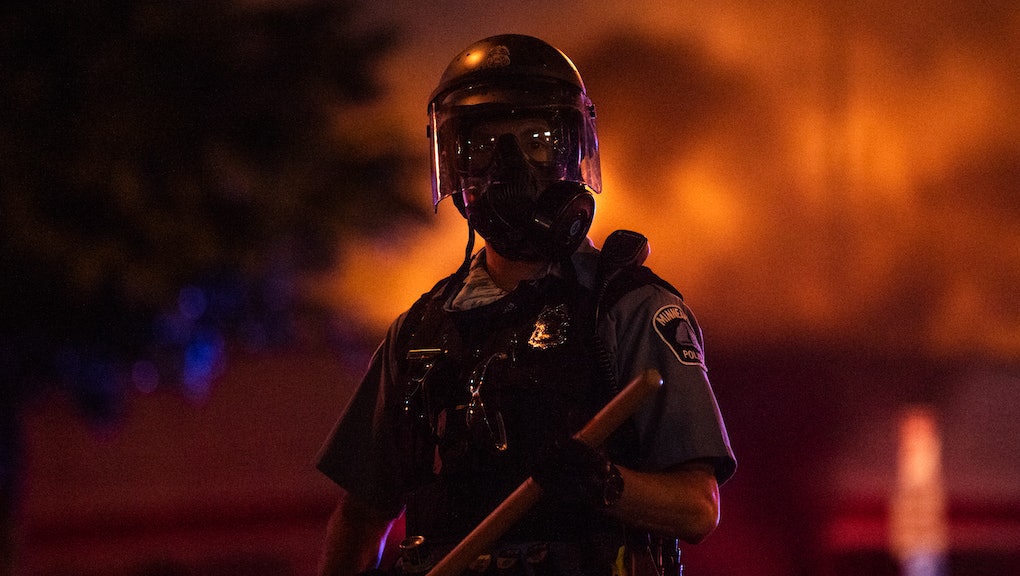 The lethality of "non-lethal" weapons

Over the past week police officers have attacked peaceful demonstrators protesting after the killing of George Floyd with pepper spray, tear gas, rubber and wooden bullets, and batons, among other creative forms of violence. Intended to subdue people without killing them, these tools are often called “non-lethal,” but that term is misleading, and masks the true damage these weapons can cause.

Non-lethal weapons, sometimes more accurately called “less-lethal,” started to gain traction in the 90s, after the United Nations adopted the Basic Principles on the Use of Force and Firearms by Law Enforcement Officials, which encouraged their use and development by police officers in member states around the world. The thinking seemed to make sense — encourage officers to develop alternate ways of policing that don’t require shooting people — but in practice it has resulted in widespread use of excessive force, often in situations that violate international law.

Non-lethal weapons fall into a few broad categories. Batons and projectiles such as rubber bullets are considered kinetic impact; tear gas and pepper spray fall under the umbrella of chemical irritants; TASERs are electrical; and sound cannons are acoustic devices, and could also be considered physiological weapons.

“Almost any use of force against the human person can under certain circumstances lead to loss of life or serious injury,” said the Special Rapporteur’s 2015 Report to the UN General Assembly. Injuries and deaths are of course more common with certain types of non-lethal weapons than others, but the weapons used consistently and liberally by police across the country all carry the risk. Below are a few examples of non-lethal weapons that we’ve seen used over the past week on peaceful protestors, and some examples of the damage they can cause to the human body, including in some cases death.

Tear gas is a chemical weapon that is banned in warfare under the Geneva Convention. On Monday, law enforcement officials launched it at peaceful protestors in Lafayette Square in Washington, DC, to clear a path for president Trump to have his picture taken while holding a bible upside down.

Tear gas is an indiscriminate weapon, often shot in canisters that, according to Amnesty International, can cause serious injury and death. The gas itself causes irritation in the eyes and difficulty breathing, possible chemical burns, and allergic reactions, and is especially dangerous during a global pandemic involving a virus that affects the respiratory system. In 2013 police in Egypt fired tear gas into a van full of prisoners, suffocating 37 people to death.

Pepper spray produces similar reactions to tear gas, but is typically dispersed from a handheld can as opposed to a projectile, and is therefore easier to control and less likely to hit unintended targets. On Wednesday, a Black man named Jamel Floyd died at the Metropolitan Detention Center in Brooklyn after correctional officers sprayed him with pepper spray.

Rubber bullets are confusingly named, as they often have metal inside them. They are difficult to aim from a distance, and at close range can travel as fast as a regular bullet. In an article published in the journal BMJ Open, researchers found that rubber bullets have the “potential to cause severe injuries and death.” The same researchers found that 3 percent of people hit with the projectile died from their injuries. Wooden bullets seem like they shouldn’t exist in 2020, but they do, and pose similar threats to that of rubber bullets with the additional possibility of splinters and resultant infections.

Police have used rubber, wooden, and plastic bullets, as well as other projectiles like beanbag rounds liberally during the George Floyd protests. On Saturday alone, a freelance photographer was permanently blinded by a rubber bullet, a grandmother was placed in the ICU after being hit with a beanbag round, and a man in Dallas lost his eye after being hit with a projectile.

Alongside guns and handcuffs, batons are a classic weapon in the police toolbelt. Essentially ergonomic sticks designed to beat people with, they are used frequently in protests. Depending on where a person is hit and how hard, batons can cause a lot or a little damage. They have caused concussions, broken bones, internal bleeding and death.

In a letter sent on Saturday by the NYPD’s powerful Sergeants Benevolent Association, president Ed Mullins encouraged officers to bring their batons to work and to “not hesitate to utilize that equipment in securing your personal safety.” During a protest in New York’s Union Square last weekend a cop hit a demonstrator with his baton so hard it broke.

Long range acoustic devices (LRADs), also known as sound cannons, are essentially the loudest speaker you’ve ever heard, blasting indiscriminately into crowds. The NYPD is facing ongoing litigation of its use of sound cannons during protests for Eric Garner in 2014. A plaintiff in that case says that a doctor told him the sound from the cannon “pushed a bone in his ear inward, damaging a nerve,” NBC News reported last year. LRADs can cause “serious long-term, and even permanent, damage to hearing (including Tinnitus), ear drum rupture and loss of equilibrium/balance,” according to Amnesty International.

While it doesn’t seem there has been widespread use of sound cannons during the current protests, there have been reports of their use in Miami and Denver.

When fired, Tasers release two wires with darts on the ends that bury themselves in a victim’s body. An electrical shock is delivered for at least five seconds, but can be much longer depending on how long an officer holds down the trigger. Being hit with a Taser causes excruciating pain and can cause people to collapse uncontrollably, which can lead to its own set of unintended injuries. A 2017 Reuters report counted over 1000 deaths involving Tasers in the United States alone. The U.N. has called Tasers “a form of torture.”

Last weekend, police officers in Atlanta used a Taser on two college students in a car who were attempting to leave a George Floyd protest. Six officers were charged in the incident, two of whom have been fired.

More like this
All 4 officers involved in George Floyd's death will face federal charges
By AJ Dellinger
Ohio police have "run amok" in their dealings with protesters, a federal judge admitted
By Vanessa Taylor
In his first address to Congress, Biden took on the country's vices: guns and police brutality
By Rafi Schwartz
Stay up to date