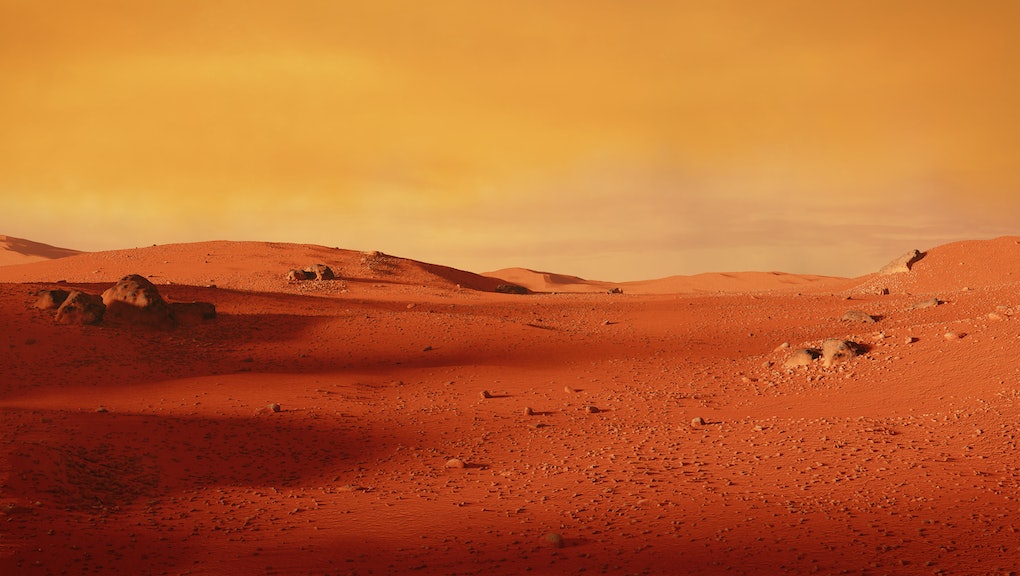 The life on Mars search should continue with underground caverns and groundwater, scientists say

As scientists continue the hunt for intelligent life throughout outer space, additional findings continue to spring up in areas where we least expect it. For some time, researchers have questioned whether or not there's life on mars (a question even David Bowie has pondered). The answer is a resounding "maybe," simply because we haven't found anything definitive just yet.

But as technology improves, and our understanding or Mars' diverse geology and atmosphere with it, the chances that we may very well find something lurking beneath the surface on the Red Plant continue to rise. According to research gathered by experts during a conference at the National Cave and Karst Research Institute in Carlsbad, New Mexico, it looks like there's one more major place to look: the Martian underground.

At the conference, experts agreed that some of the best places to go in search of potential life on Mars would be in the planet's deep subsurface caves or buried somewhere within the layers of salt and ice throughout the planet. Though Mars is considered uninhabitable on its own, thanks to an environment with a high amount of radiation, scientists have long wondered if the key to seeking a viable haven for life might simply be beneath the surface.

"The surface of Mars is a very oxidizing, radiation-heavy environment where liquid water is not really stable for an extended amount of time," said Vlada Stamenković, research scientist at NASA's Jet Propulsion Laboratory in Pasadena, California at the conference. "It's the worst place to look for life-sites on Mars. Groundwater might be the only habitat for extant life on Mars, if it still exists today."

In terms of exploring the caves of Mars for some type of life, however, researchers are interested in checking out those areas because it simply hasn't been done that much in the past. Plus, as senior advisor for science integration at NASA's Ames Researcher Penny Boston tells Space.com, they "aren't as dangerous to explore as some people think."

Unfortunately, it isn't clear which method would yield better results. What will need to end up happening is researchers will have to test out these methods and weigh their pros and cons, because as long as there are remote regions of Mars that haven't been studied in detail, there will always be the question of whether something had been missed or left behind. As far as whether Mars could hold some sort of long-kept secret beneath its dusty red soil or as part of its intricate inner workings of caverns just below the surface, that's a question that will need plenty more missions and additional research to determine.

Who knows? It could turn out that the intelligent life we've been searching throughout the galaxy for could have been a next-door neighbor this whole time.