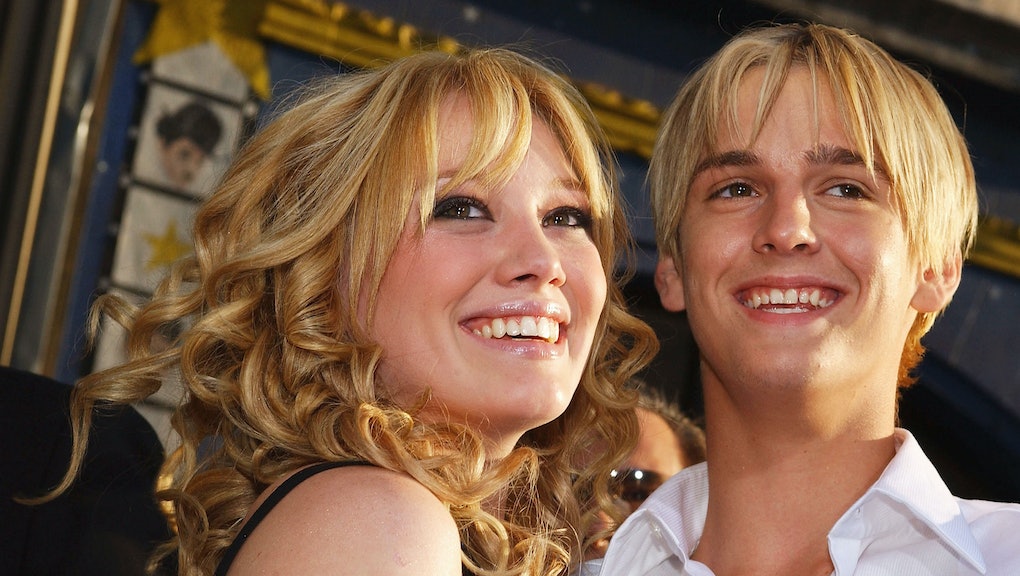 After filming just two episodes of the Disney+ reboot, Lizzie McGuire creator Terri Minsky stepped down as showrunner of the new series, Variety reported. Production is on hold as Disney searches for her replacement.

“Fans have a sentimental attachment to Lizzie McGuire and high expectations for a new series,” a Disney spokesperson said. “After filming two episodes, we concluded that we need to move in a different creative direction and are putting a new lens on the show.”

The show’s star, Hillary Duff, hasn’t responded to the change — she’s currently on her honeymoon in Mozambique. Though when the new show was announced, Duff told reporters she was "working really closely" with Minsky, who she called "absolutely brilliant."

The show was ahead of its time. Lizzie’s animated alter ego was basically the first Bitmoji. Minsky's departure has fans of the original series feeling very nervous. What is Lizzie McGuire if her creator isn’t part of the equation?

Will the new series have the same sweetly confessional quality? Will it keep the original theme music? That after school siren song luring us away from math homework and assuring us everything will be okay?

The Lizzie McGuire reboot was announced with the launch of Disney+ back in November. Production started the same month with returning cast members like Adam Lamberg (Gordo), Hallie Todd (Lizzie’s mom), Robert Carradine (her dad) and Jake Thomas (her kid brother, Matt).

There’s no official word on whether Lalaine, who played Lizzie’s other best friend Miranda, plans to come back for the reboot. Early in 2019, the actress opened up on Instagram about being “forced to look as 'white' as possible” while growing up in Hollywood. She said masking her ethnicity was partly why she adopted her mononymous stage moniker, Lalaine, dropping her last name, Vergara-Paras. It’s a sobering reflection on the state of inclusivity in Hollywood just a couple decades ago in the early 2000s.

The original Lizzie McGuire ran for just two seasons on Disney Channel. The Lizzie McGuire Movie, released in 2003, was a hit, pulling in around $55 million at the box office with a $17 million budget. Miranda was conspicuously absent from that spin-off too.

More like this
Willie Garson’s pristine performance on 'Sex and the City' changed queer representation forever
By Chloe Stillwell
The 8 best reality shows you're not watching, but should be
By Brandon Yu
Mariah Carey's 'Glitter' era deserved better
By Treye Green
Stay up to date