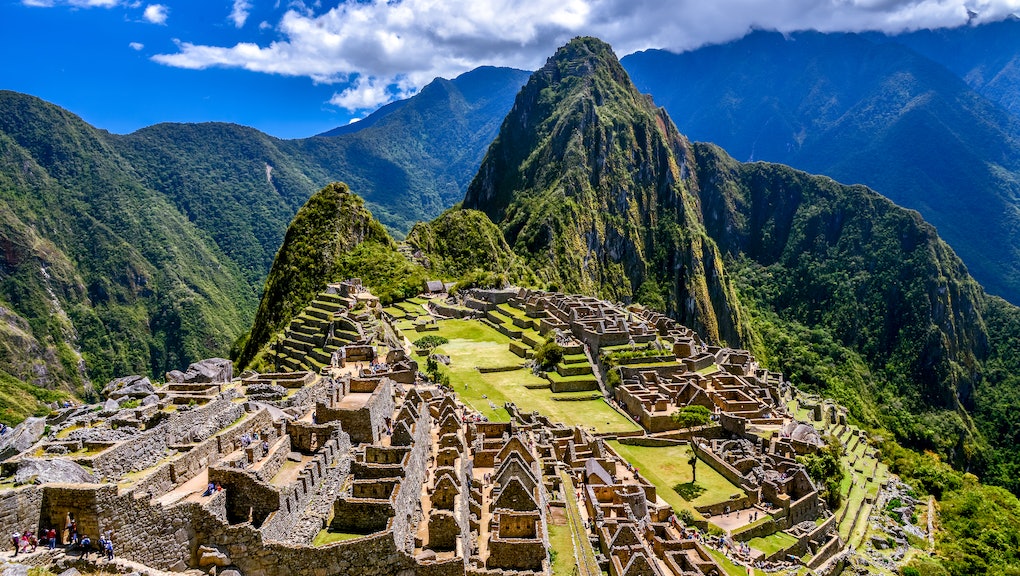 Peruvian police are deporting five tourists for desecrating a temple in Machu Picchu with feces. Yes, you heard me correctly — they barged into a historical space for religious worship and then pooped in it. Those five suspects plus one more, who were from Chile, Brazil, France and Argentina, have been arrested and are in custody, CNN reported. American tourists have a rep for being notoriously uncouth, but, apparently, behaving badly in foreign lands isn’t just for Americans, anymore.

Machu Picchu is a UNESCO World Heritage Site, which means that it is a place that isn’t just sacred to the people who live in Peru, it’s a site that is considered to have universal human significance. Despite its unimpeachable beauty and importance, these six diarrhetic vandals decided, unlike the other 1 million tourists who visit Machu Picchu each year, that they really couldn’t hold it. They snuck into the temple and desecrated a space in the Temple of the Sun, a structure built by Incas to host spiritual ceremonies.

As if defecating on ancient world treasures wasn’t bad enough, the group's maneuvering caused a rock to fall, damaging the Temple of the Sun, Reuters reported. Machu Picchu survived the destruction of the Incan Empire at the hands of the Spanish, but if this is an indication, it may not make it through late stage capitalism.

"The six tourists are being detained and investigated by the public ministry for the alleged crime against cultural heritage," Cusco regional police chief Wilbert Leyva told France24. They face a minimum of four years in jail, according to The Independent. Call me tough on cultural crime, but that seems like a light sentence for destroying a 15th century monument.

Look, I have been a tourist, and I know that it can be hard to find a bathroom when you travel, but defecation does not have to result in desecration. I don’t know who needs to hear this, but your first world privilege comes with a lot of perks, including near total hegemony, but it doesn’t come with permission to shit all over the place.

More like this
How the Delta variant could mess with your summer travel
By Melissa Pandika
How to sleep on a plane, according to a doctor
By Melissa Pandika
The Sarah Baartman Effect: How Black women's bodies are still both exploited and revered
By Rokeshia Renné Ashley
Stay up to date