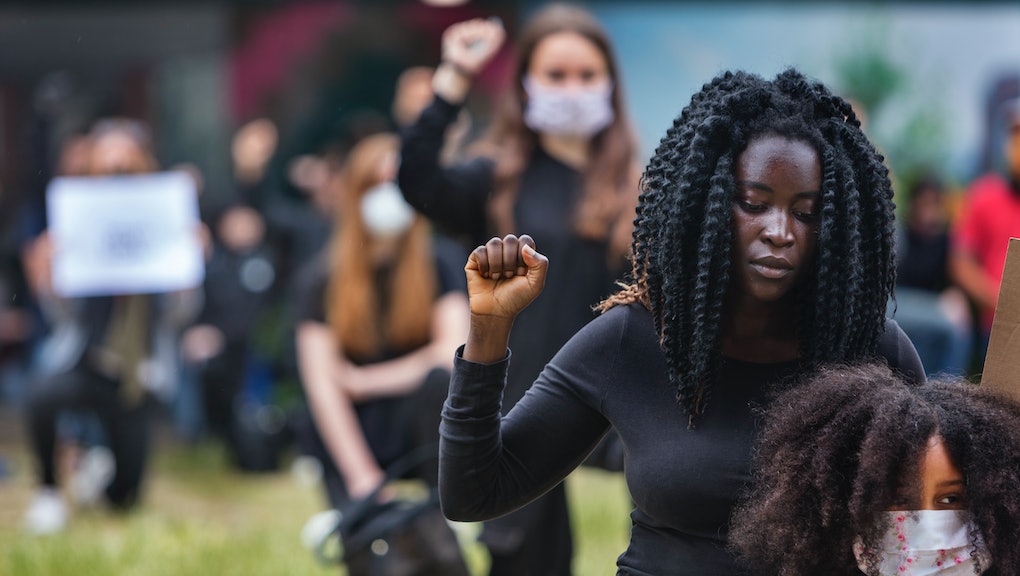 The majority of Americans know why people are protesting, and they support it

As President Trump attempts to use the ongoing protests against police brutality and racial injustice as both a wedge to divide the country, and a cudgel to attack his political opponents, the majority of Americans seem to reject the president's incriminations, a new poll found.

Most Americans claim they find the anger fueling the protests that have spread across states to be "justified," according to a new poll by the Monmouth University Polling Institute. Additionally, per the poll, more than 3 in 4 Americans believe racial and ethnic discrimination is a major problem, up from just 50% of the country in 2015. Indeed, more than half of respondents said that race relations in the U.S. have gotten worse since Trump was elected president.

Most notable, however, is the fact that 54% of participants who said they'd heard about the police killing of George Floyd in Minneapolis last week and the ensuing protests claimed that the actions of the protesters were either fully, or partially justified. And when asked whether the anger that led to the protests was justified "[r]egardless of the actual actions taken," 57% of respondents agreed it was fully justified, with another 21% saying it was partially justified.

"It seems we have reached a turning point in public opinion where white Americans are realizing that Black Americans face risks when dealing with police that they do not," Monmouth University Polling Institute director Patrick Murray said in a press release accompanying the poll's findings. "They may not agree with the violence of recent protests, but many whites say they understand where that anger is coming from."

This does not mean, however, that white Americans are fully embracing the realities of racial inequality and injustice felt by people of color. Per the poll's top sheet:

White Americans (45%) are much more likely than black Americans (21%) and Americans of other minority groups (30%) to say [the actions taken by protesters] are not at all justified.

Still, as far as sociological trends go, Monmouth's poll offers some hope for further progress and understanding. "White and Black Americans have consistently reported different personal experiences with the police," Murray said. "But it has only been within the last few years that more whites seem to link this to deeper racial inequities in the country."