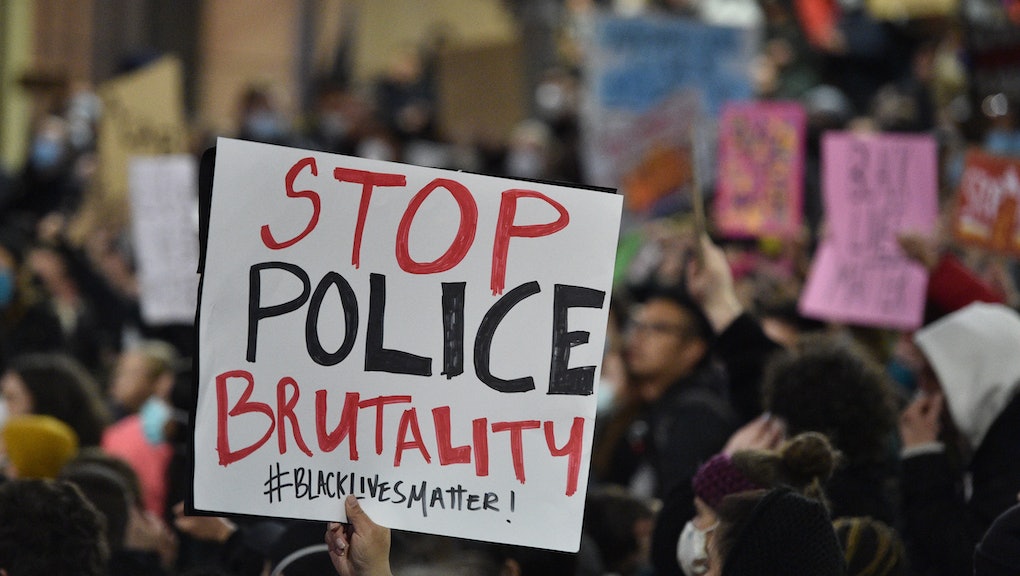 The Minneapolis Police Department is being investigated for civil rights violations

On Tuesday, Minnesota Gov. Tim Walz (D) announced that the state's Department of Human Rights will be opening an investigation into a potential civil rights violation by the Minneapolis Police Department related to the death of George Floyd.

Walz said the DHR will be looking into the past 10 years of MPD "policies, procedures, and practices," though neither he nor the DHR itself said what potential outcomes for their investigation are or how long the investigation will take. The Minnesota DHR was established in 1967 and outlines specific procedures to undertake in cases of potential discrimination, including investigations and public hearings. According to the DHR website, as of July 2015 the average time it took to complete an investigation was 266 days. (Mic reached out to the department for comment but did not receive an immediate response.)

The governor's decision to open an investigation into city's police department after a police officer killed Floyd by kneeling on his neck for nearly nine minutes is just the first step in an elected official taking action to look into other injustices. "My administration will use every tool at our disposal to deconstruct generations of systemic racism in Minnesota. This effort is one of many steps to come in our effort to restore trust with communities that have been unseen and unheard for far too long," the governor said in a tweet.

The Department of Human Rights acknowledged that the Minneapolis police force has long faced accusations of racism and racist policing. "The Minnesota Human Rights Act is a powerful tool to address systemic racism and discrimination. We’re using that tool today. And the call to action for structural change is not new," the department wrote on Twitter.

Bystander video of Floyd, a Black man, being suffocated to death by a MPD officer went viral last week and sparked a wave of protests across the country against police violence against Black people. Derek Chauvin, the officer was seen kneeling on Floyd's neck, has been charged with third-degree murder and manslaughter. But three other officers were also captured on bystander video helping to detain Floyd and doing nothing as Floyd told Chauvin repeatedly that he couldn't breathe. Many are calling for charges to be brought against those three officers as well.

The FBI opened up an investigation into Floyd's murder last week, mere hours after the video began circulating. It was later reported that Chauvin has had numerous complaints filed against him throughout his 18-year career as an officer.