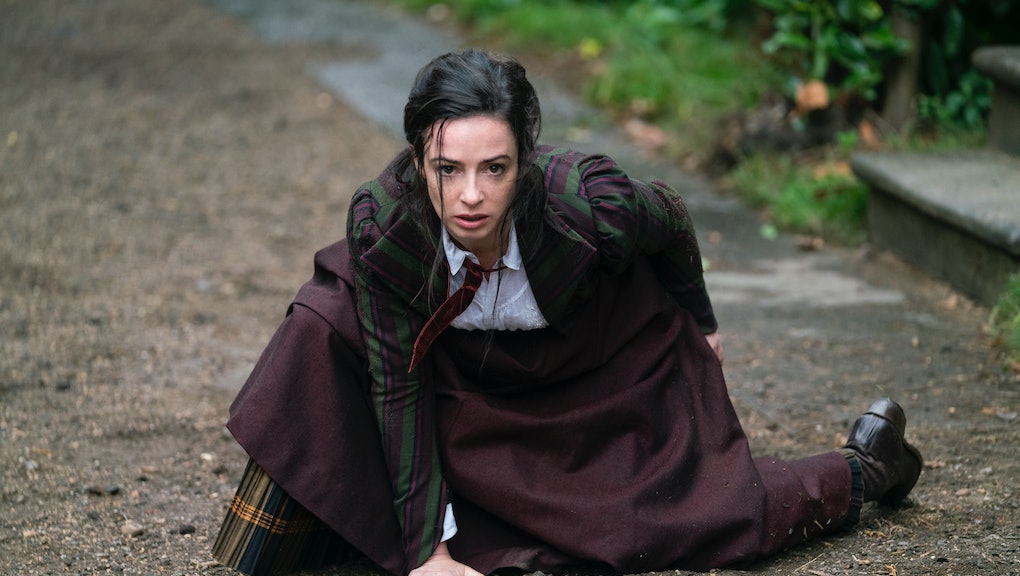 Laura Donnelly in 'The Nevers.' Photograph by HBO / Keith Bernstein

I wanted to like The Nevers. It promised a lot of things I typically go for in a television series: kickass women with superpowers fighting for truth and justice in Victorian London. Sign me up.

Unfortunately, the first four episodes made available to critics are a confusing, pseudo-feminist mess. The thing is, if they’d been brilliant, I would’ve had complicated feelings about that, too. You see, The Nevers was created, written, directed, and executive produced by Joss Whedon. Once celebrated as the visionary behind beloved TV shows like Buffy the Vampire Slayer and Firefly as well as Marvel films The Avengers and Avengers: Age of Ultron, lately he has been outed by numerous collaborators as “casually cruel” and abusive.

Whedon actually parted ways with The Nevers last November. The second half of the first season (slated to be released… sometime in the future) will be helmed by showrunner Philippa Goslett. It was framed as an amicable split, with Whedon claiming he was simply exhausted by the pandemic. But Justice League actor Ray Fisher had publicly accused him of “gross, abusive, unprofessional, and completely unacceptable” behavior in July 2020. Plans for HBO Max to release the “Snyder Cut” of Justice League in 2021 were underway. (When director Zack Snyder departed the film, Whedon controversially reshot and retooled the film.) A few months later, Buffy and Angel actress Charisma Carpenter backed up Fisher’s allegations and detailed the trauma she endured while working with Whedon. Most of her co-stars corroborated her claims.

Anyhow, all that context explains why HBO worked hard to downplay Whedon’s involvement in The Nevers. His name isn’t on any of the marketing materials. And yet his mitts are all over the series — or its early episodes, at least. It’s full of the cringey Whedon-isms that also pollute the rest of his canon. All the things that make revisiting Buffy, Angel, Firefly, and Dollhouse (by far the most cringeworthy, about women brainwashed and farmed out as assassins and escorts) a bummer by 2021 standards are on full display in The Nevers.

One of the villains of The Nevers is a waiflike, deranged serial killer that’s basically a dupe of the vampire Drusilla from Buffy. Whedon has a thing for “manic-pixie crazy girls,” like Firefly character River Tam (Summer Glau), a young woman with psychic abilities gleaned from government experiments who’s constantly infantilized. The central protagonist of The Nevers, Amalia True (Laura Donnelly), has a superpower similarly rooted in trauma — a lazy trope Whedon also deployed in Buffy to terrorize his vampire-slaying heroine in later seasons.

There’s a white child whose “turn” (which is what they call powers in the show) is that she can only speak in languages other than English, which turns the use of Mandarin, Japanese, and Spanish, for example, into a weird running gag. This was on display in Firefly, too, when the mostly white actors exclusively cursed in Mandarin. (The premise was that America and China had merged into an intergalactic superpower, except there were zero Asian characters of consequence in Firefly.)

To top it all off, The Nevers is gratuitously misogynistic. In a pivotal fight scene in the pilot, Amalia is pursuing a villain down a staircase, jumping over the bannister and dropping several stories. Her dress snags on a splinter and flies over her head. She lands in a fighting stance wearing nothing but her corset and bloomers, conflating badassery with being partially dressed. There are also so many pointless shots of boobs and vaginas (this is HBO, after all), mostly during scenes set in a sex club run by a pansexual aristocrat. But The Nevers never shows a single penis to even things out.

Also problematic is that the vast majority of “The Touched” (also what the show terms people with abilities) are women and minorities. There’s Amalia’s sidekick Penance Adair (Ann Skelly) who can see electricity (huh?) making her a genius inventor. There’s a lady who can freeze things with her breath and another who shoots fireballs out of her hands. One child, Primrose (Anna Devlin) is just inexplicably large. Then there are the men who are “touched” — the Black doctor Amalia routinely enlists to magically heal her wounds and the soft-spoken aristocrat we’re supposed to intuit is queer, who can astral-project his consciousness into birds, weirdly. Of course, the patriarchy is threatened by this literal transfer of power to people who’d otherwise be marginalized in 19th-century England. But it’s a lazy metaphor, and the show never really explores these themes in a meaningful way.

So yeah, the first four episodes of The Nevers were hard to watch. I did a lot of pausing and groaning. But just as Marti Noxon was the saving grace of Buffy, in my humble opinion, counterbalancing Whedon’s male gaze, I’m holding out hope that Goslett will whip The Nevers into something worthy of the talents of the actors at its core. (Donnelly and Skelly do admirable work with a script that does little to support them.) Honestly, I wish HBO Max would do for The Nevers what they did for Justice League: hand over the reins, authorize reshoots, and release the “Goslett Cut” of the first six episodes. The series will be so much better when Whedon has nothing to do with it.