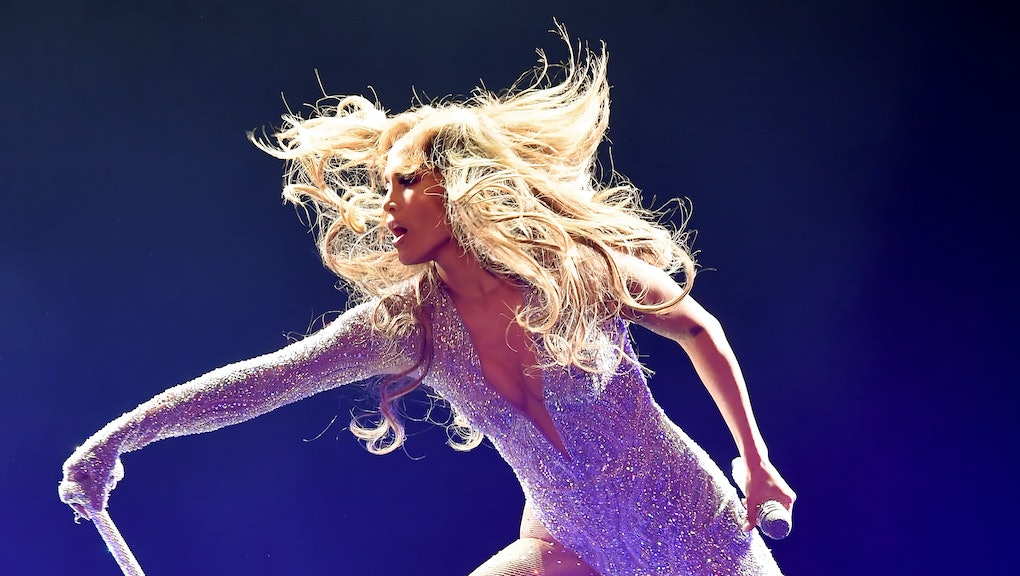 Musicians have leveraged film as a medium for decades, even before the dawn of MTV. But in the last few years, as streaming platforms dominated the music industry, more and more artists have released “visual albums” as a filmic bonus to their musical projects. Producing one long music video provides ready-made visual content for all the myriad digital platforms where fans listen to music these days. It’s a savvy branding move, if nothing else.

Well, this year the NFL is jumping on the gravy train: the sports league announced Thursday it will release a visual album of the musical performances at this Sunday’s Super Bowl LIV — and here’s the kicker — the videos will be available on all the major streaming platforms almost immediately after the game airs on live TV.

Jennifer Lopez and Shakira are headlining the halftime show Sunday night. (Could JLo win an Emmy or Grammy next year for her performance?! My heart would sing…) Demi Lovato will perform the National Anthem, and Gospel legend Yolanda Adams will sing “America the Beautiful,” accompanied by the Miami-based Children’s Voice Chorus.

"With the abundance of technology in today’s world, it was extremely important to us that we are able to share the ground-breaking Super Bowl performances with our fans across the globe after they occur," said Brian Rolapp, the NFL’s EVP and Chief Media & Business Officer. "This visual and audio album is the first of its kind and will allow fans to experience the greatness of the artists’ performances on Super Bowl Sunday, at their fingertips and across multiple platforms, anytime they choose so. We are happy to continue the way we enhance the fan experience for NFL fans everywhere."

Proceeds from Lovato’s and Adams’ performances will benefit the NFL’s “Inspire Change” grant program, which supports education, community, and criminal justice initiatives across the country. No word on who gets the potential windfall from streams of JLo’s and Shakira’s performance, but considering that musicians don’t get paid to perform at the Super Bowl, here’s hoping the ladies get to keep at least some of the money they helped make, as a treat.