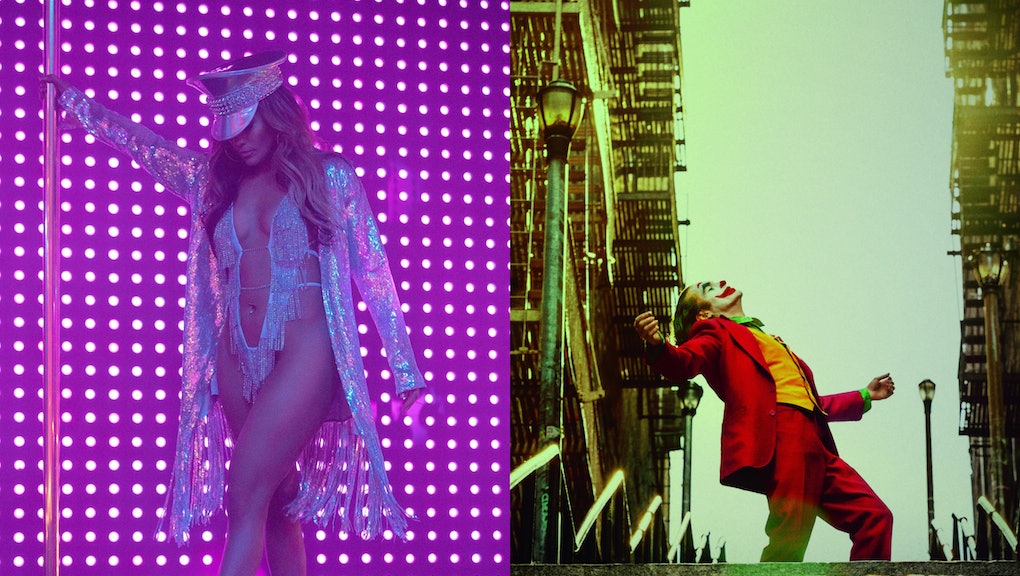 Near the end of 2019, when Todd Phillips’ Joker was released, every flavor of media firestorm was ignited. The movie was provocative, it was edgy, it got the people going. In fact, it got people going so much, police feared someone might be inspired to replicate some of the darker moments in the film at theaters across the country. Officers in many cities were posted outside Joker screenings. Everyone held their breath hoping that there would be no violence.

And there wasn’t. But the circumstances surrounding the release of helped permanently launch the film into its status as a must-see movie.

From there, the box office numbers sustained its status as a top film, and Joker developed a loyal, if not somewhat rabid, fanbase. And that was fine. The Joker has long been considered a favorite character among fans of the DC universe and after Heath Ledger's’ 2008 performance as the anarchist clown in the Dark Knight Rises, the Joker took on a renewed cultural significance. But none of that is actually related to the substance of Todd Phillips’ Joker. And that is what matters when it comes to the awards it has received and has been nominated for.

A.O Scott at the New York Times called the film “an empty, foggy exercise in second-hand style and second-rate philosophizing.” Scott all but skewered Phillips’ work and the director’s response to criticism about the film. Phillips famously called the first responses to the film commodified outrage of “the far left.”

“Besotted with the notion of its own audacity — as if willful unpleasantness were a form of artistic courage — the film turns out to be afraid of its own shadow, or at least of the faintest shadow of any actual relevance,” Scott continued. Damn. But Scott wasn’t alone. The Washington Post called Joker “empty,” The Guardian called it “the most disappointing film of the year,” and Time said that Phoenix’s Joker “could easily be adopted as the patron saint of incels.”

And somehow, despite being a film that actually didn’t say anything about the world we inhabit, or worlds we would want to inhabit, or a world we once inhabited, Joker has been received by the award voting circles as if Joaquin Phoenix’s performance, or Todd Phillips’ script, somehow held the key to all human struggle. Joaquin Phoenix took home the Golden Globe on Sunday night for Best Actor in a Motion Picture — Drama, and on Monday morning it was announced that the film was nominated for eleven BAFTAs, the British equivalent to the Oscars. It surpassed all other films in nominations, which seemed severely unlikely before it happened.

2019 was just filled with too many other great films for Joker to be taking up space like that. And yet, it is. What’s most perplexing though, is how an unoriginal, rehashed, toxically masculine, story like Joker, which presented no new ideas and or perspectives, became the anti-hero narrative championed by voting academies.

Hustlers was right there.

Hustlers, like the other best film of the year, Parasite, has a true villain we can all identify: the ultra-wealthy. People with “fuck you” money. In Hustlers, a genuinely dazzling Jennifer Lopez transformed into Ramona, a stripper turned thieving den mother. Alongside a cast of other glorious women desperate to make ends meet (and sometimes, blissfully, these ends included furs and Louis Vuitton bags and Christian Louboutin shoes), Ramona defrauded men who would have probably loved Joker. Men who played with America’s housing market until the whole thing exploded, and who spent their spoils on women and drugs, so consumed with their own gluttony they didn’t notice they were being conned.

Ramona and her crew were certainly breaking the law, certainly the bad guys to the men they robbed, but witnessing them drop drugs into the drinks of men sporting Rolexes, the audience couldn’t help but think: “Okay, but I do see where they are coming from.” And it was fun to watch. The movie never got caught up in its own tragedy, never got caught up in the truly unpleasant elements of what was happening before us. Scarafaria delivered a film that was able to illustrate the moral complexity of a nefarious character without constantly reminding you that you should feel unsettled by the premise.

Lopez’s Ramona and Phoenix’s Joker are both self soothers who find the answer to disenfranchisement in a ruthless city through nihilistic crime. But Lorene Scafaria's direction of a band of women scraping themselves off the pavement found depth in brevity, whereas Phillips tried to find that meaning in darkness. And there was none to be had down there, with one man whose story has been told far too many times. But the BAFTAs clearly weren’t interested in stories that weren’t told by men. All five films nominated for in the Director were made by men. Same for the Best Film category. All best acting categories were filled with white actors. This award season, it appears empty repetition will be rewarded, and everything else ignored.