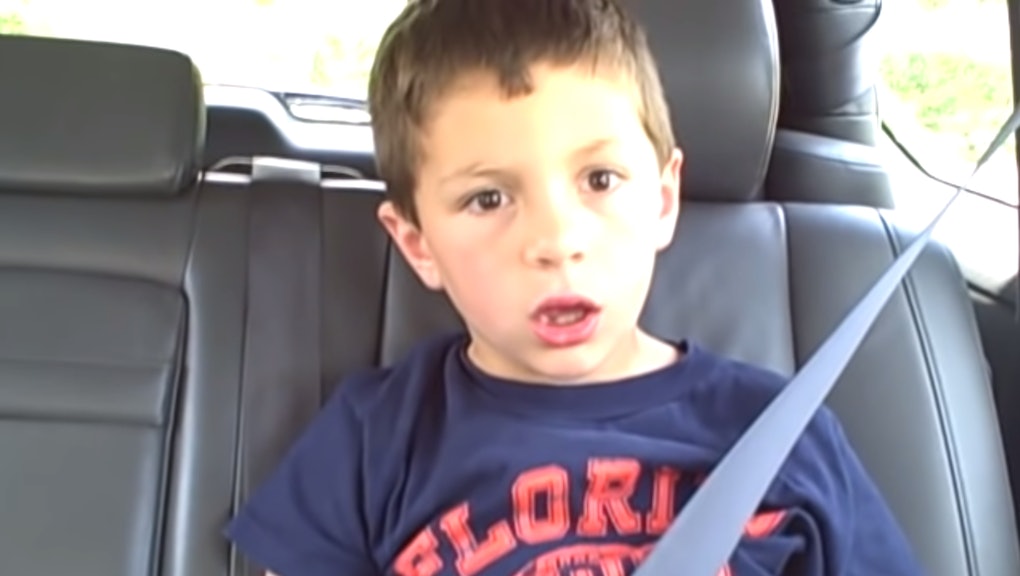 When David DeVore, Sr. filmed his seven-year-old son high on anesthesia in 2008, he probably wasn’t thinking the video clip would be worth a literal fortune a little more than a decade later. But David After Dentist, uploaded to YouTube in early 2009, became one of the most widely-viewed videos on the internet. Ask any stranger "Is this real life?" with wide-eyed wonder and they’ll probably get the reference.

The younger David is now a 20-year-old computer science major at the University of Florida, and his family has certainly profited off his unexpected virality. Back in 2010, David Sr. estimated they’d made around $150,000 from merchandise, licensing deals and YouTube ad revenue. But with the NFT boom making memes worth as much as fine art, the DeVores are hoping to cash in on David After Dentist in a much bigger way. They minted the original MP4 as an NFT and are currently auctioning it off, with bidding starting at one Ether (about $3,500 USD at the current exchange rate). If recent NFT auctions of classic memes are any indication, David After Dentist could fetch far, far more when the sale concludes Friday afternoon.

The NFT gold rush has been in full swing for months. Nyan Cat, the animated flying feline with a Pop Tart body, sold for 300 ETH or roughly $580,000 in February (with the fluctuation of ETH, it’s now worth more than $1 million). In early March, Christie’s auctioned off an NFT collage of 5,000 works by digital artist Beeple for $69 million. Just last week, Disaster Girl, a photo of 4-year-old Zoë Roth grinning devilishly before a burning building, sold for 180 ETH or about $473,000 (now worth north of $625,000).

Ben Lashes, thought to be the world’s first “meme manager,” is an expert at milking internet virality for profit. He represents a whole swath of the web’s most recognizable characters, including David After Dentist, Disaster Girl, Grumpy Cat, Keyboard Cat, Nyan Cat, Doge, Success Kid, Ridiculously Photogenic Guy, Ermahgerd Girl and many others. Mic called him up to better understand what’s driving the market for classic memes and how NFTs are shaking up his business.

(Interview has been edited and condensed for clarity.)

Mic: Before NFTs, how did memes make money?

Ben Lashes: It's not like memes weren't able to be monetized pre-NFTs. I've been managing and helping to monetize memes since 2009 actually, which is when I started my company. Some memes have done extremely well creating revenue, but there are some that haven't had as many opportunities. Memes that become characters are able to draw in opportunities a lot more than memes based around a single photo. For those, NFTs have been a great new way to create revenue around their properties.

You might say the cats have had the upper hand?

You know, we've sold over two and a half million [Grumpy Cat] books, over a million plush dolls, millions of t-shirts, there’s a movie deal, commercial endorsement deals. We have a cartoon in the works with Aubrey Plaza and the creators of Yo Gabba Gabba. Nyan Cat has had toy deals, merchandise deals, commercial deals. Same with Keyboard Cat. Lots of licensing deals for all those properties. My cat clients are my three longest-running clients, as well.

It kind of seems like NFTs are “revenge of the memed,” for real people like David DeVore or Zoë Roth who went accidentally viral.

[Laughs] Well, I don't think I would call it revenge.

I would call half a million dollars pretty good revenge for being unwittingly memed.

It's definitely a respectable trade-off. You know, a lot of my clients have no ill will towards the meme. It's an interesting thing to live with, because they're all more than the one picture everyone knows them by, and sometimes that’s hard to navigate. But when people know you for something fun and silly, and then you can turn around and say, “We auctioned off the original, authenticated version of this, and it went for real money,” that makes people step back and go, “Whoa, now it’s serious.”

Will whoever buys David After Dentist own the copyright to the meme?

Nothing about NFTs is about copyright transfer. The creator still owns their intellectual property. It’s the same thing as selling a physical artwork by Andy Warhol, for example. The Warhol Foundation still owns the underlying copyright to his works, but the buyer of the painting owns the actual original artwork.

That’s a really good distinction: the Warhol Foundation can still put a soup can on a t-shirt and sell it, but whoever owns the original print has the real thing.

Plus, a physical painting can change hands an infinite number of times, and the artist never sees any of the profit as it increases in value. With NFTs, as time goes on and people start selling and putting things back on the auction block, the original creator will always get a commission off that sale until the end of time. That’s an innovation in the art world.

So what does a collector actually get when they buy a meme? How do you prove a JPEG or MP4 file is the real deal?

There’s more than just the token number recorded in the blockchain. There’s a bunch of other metadata that proves it is what it is. And it’s all trackable, so you can look it up and see, okay, this was transferred to this buyer on this day, and then it was sold to this buyer on this other day. So you can backtrack all of that, all the way back to when it was originally minted.

We’re only seeing the beginning, but I think not too far down the line, there will be a lot more physical products or items attached to owning an NFT. I know Beeple sent the buyer [of his $69 million NFT] a printed canvas of the actual artwork. You can include unlockable content only accessible to whoever’s holding the NFT. I’m a sneaker collector, so I’m waiting for the day when you can buy an NFT to get an exclusive sneaker, or buy an exclusive sneaker that’s attached to an NFT to prove its authenticity or track how many times it’s been bought or resold. I think there are a lot of exciting ways to get creative.

Why are collectors shelling out huge sums for memes?

I think there are collectors out there who view memes as modern day pop art. They know these images have been burned into everybody's minds. They're not going to go away, and they'll only become more appreciated as time goes on. So, I think there's a collector market of people who believe in that and understand it. I think a lot of them probably think they're getting a steal on these, and if you flash forward, these will be worth exponentially more than what they're purchased for now.

How will people show off their NFTs?

There's a lot of new creative things starting to pop up. There are websites you can connect to your wallet, and all of your NFT's populate into your own online gallery that way. There are companies doing physical digital frames, also connected to your wallet, where you could have an NFT displayed on a screen behind Plexiglas. And I’m seeing them with QR codes and everything. I think new ways are being developed all the time right now.

It seems like the line between digital and physical art is dissolving, thanks to NFTs.

It has definitely elevated memes and established them as a more serious entity. I've always been a proponent of thinking about memes as modern pop art and have been called crazy for saying it at times. But whenever anything sells at auction for headline-grabbing prices in any art form, it legitimizes the art and the artist.

There are people 20 years old and younger now who don’t have experience living in a purely analog world. Digital is as real to them as anything. Having the one official digital thing gives you as much bragging rights as having a famous painting on your wall. Art is always subject to what people see as art.

More like this
TikTok's favorite beekeeper is getting dragged for "faking" it
By Kyle Turner
Jennifer Ngo's hilarious TikTok videos increase visibility for the disabled
By Kaila Yu
“A.I. is actually the fastest path to communism,” and other thoughts from Grimes that make no sense
By Rafi Schwartz
Stay up to date