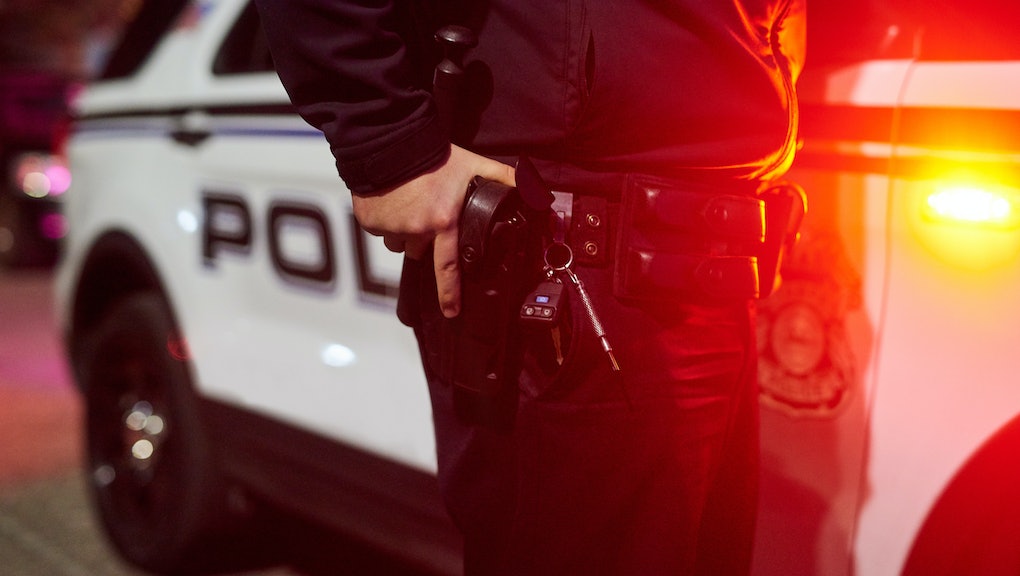 On Sunday, we learned that a Wisconsin police officer shot a Kenosha resident named Jacob Blake, seven times in front of his children. Every news outlet rushed to cover the story, as it was the latest in a long, tiring string of American police shootings of Black men. Even Wisconsin Sen. Tammy Baldwin shared a statement via Twitter, describing the incident as the “officer-involved shooting of Jacob Blake.”

Sen. Baldwin, the officers weren’t “involved.” They shot him in the back. Some news outlets such as Fox News and New York’s local CBS news, opted for more soft, responsibility-free phrasing as Senator Baldwin did. That phrasing been used to soften the news of police shooting unarmed Black people for too long, and it needs to stop.

According to the Columbia Journalism Review, the first published use of the phrase “officer-involved shooting” was actually coined by a cop in 1972, when he was talking about the scope of his job as a homicide detective investigating different types of potential crime. Now, almost 50 years later, the phrase has been used to sidestep the accountability of the actions of police officers, and by many journalists, likely, in the hopes of remaining impartial.

There's a way, fellow writers, to tell the unvarnished truth without protecting cops. We also know that ambivalence to oppression equates to siding with the oppressor. In describing an event so nebulously, public figures and news outlets inherently absolve police of any responsibility. Even AP Stylebook, the journalists’ bible, now advises against using the phrase.

Wesley Lowery, a correspondent for 60 Minutes, tweeted his thoughts about the phenomenon, saying that using the phrase "officer-involved shooting" is inaccurate at best, adding the practice “is journalistic failure on multiple levels.”

First, he says, “it is confusing and inadequate to communicate the truth": that an officer shot someone. It also allows the subject of the reporting — the police department — to “dictate the language used in the coverage.” You can imagine how problematic it can be to let a person or institution who committed violence control the rhetoric around it.

Using gentle rhetoric to describe something as life and death as a police shooting is wrong. It’s done so much, perhaps primarily, because it’s an easy way for a publication to avoid being libelous. For instance, saying a police officer murdered someone is libelous unless there is clear evidence (because murder is killing someone with intent). That’s fair. But, when there is clear evidence that a police officer shot someone, like in Blake’s case, we all should share that information in the most accurate way possible. We deserve to hear and say what actually happened. And ugly realities are a crucial catalyst for change.

If a journalist’s goal is to be impartial, eliminating the vagaries surrounding police violence is key. We all want to share the most accurate info, folks. But the fact of the matter is if you’re using a phrase a police officer invented, you’re not just being biased, you’re being dangerous.

More like this
The Ancestor Project is helping BIPOC reclaim psychedelics
By Melissa Pandika
At what age are people happiest?
By Clare Mehta
The pandemic is not an excuse to misgender me
By Tracey Anne Duncan
Stay up to date