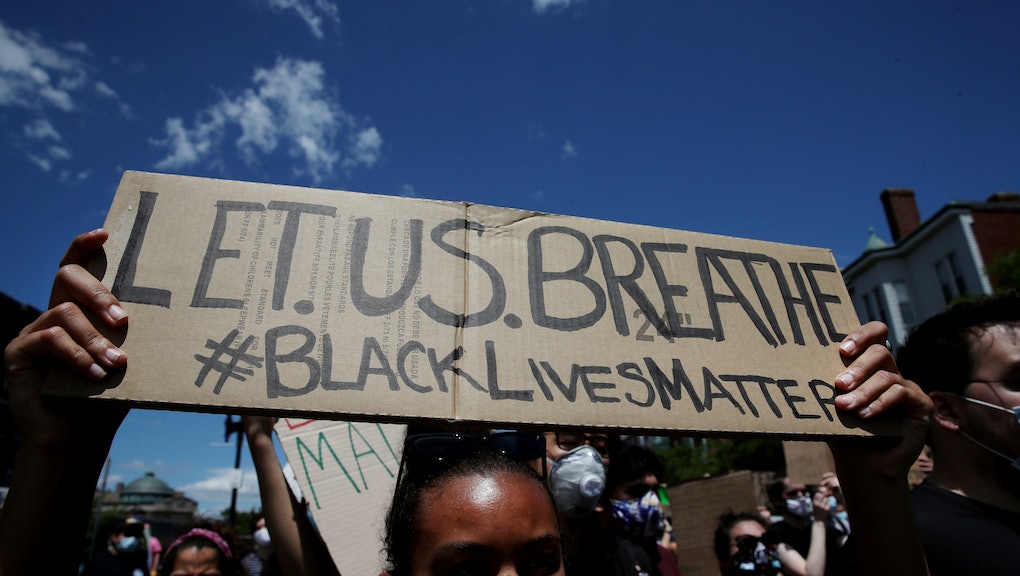 The pitfalls of viral fundraisers

This spring has felt like a waking nightmare. Coronavirus continues to plague the nation — there have been more than two million cases in the US alone, out of just under eight million worldwide, with Black and brown Americans dying at a much higher rate than white people. Add to that a spate of police murders and widespread civil unrest, and you’ve got a cocktail of outrage, fear, bias and partisan bickering on your hands.

As People grasp for ways to help fix things, emptying our wallets has been a chief way for folks to show support for the Black Lives Matter movement and feel like they’re engaging in anti-racism. The New York Times reports that over $90 million has been raised for bail funds alone. Many of the foundations and bail funds linked to by activists on social media are brand new names to the general public.

Take the Minnesota Freedom Fund, for example. It’s a community-based nonprofit working to combat mass incarceration by bailing out low-income people who’d otherwise await trial in jail. A month ago, it was a grassroots organization run on a shoestring budget. In the weeks since George Floyd was murdered by police in Minneapolis, however, the MFF reportedly collected $35 million in donations. But the charity sparked outrage on social media when it announced yesterday it’d spent just $200,000 to bail out protesters since the uprising began. People were quick to do the math and called on the MFF to explain why it’s only utilizing a small fraction of the funds raised.

By late Monday, the phrases “35 MILLION" and "only 200k" were trending on Twitter. The MFF posted a lengthy response to the backlash early Tuesday, basically saying they’ve paid every bail request that’s come their way thus far and arguing that the influx of cash will empower them to bail out lots more people who are sitting in jail on charges unrelated to the recent protests and riots.

The mix-up wasn't sorted out before a few major corporations had thrown their weight behind the lookalike organization, encouraging employees to donate to Barnes’s foundation and matching or even tripling their contributions. According to Benevity, a service that allows employers to track and match employee donations, companies like Apple, Google, Microsoft and Dropbox raised $4 million for the Black Lives Matter Foundation between May 31 and June 5 alone.

In such a fraught moment in history, when taking to the streets amid a pandemic presents its own dangers, it’s tempting to do the minimum amount of work in order to enact change. Clicking the link in someone’s bio and donating $50 or $100 feels good, but it takes actual legwork (meaning: research) to verify that your money is going to a worthy cause.

One college sophomore that Buzzfeed News spoke with learned this lesson the hard way, after she raised $1,000 for the Black Lives Matter Foundation, thinking she was supporting the official movement. “You would assume it's popular for a reason and I didn’t have any reason to assume it wouldn’t be the official one,” Elena Iliadis told the outlet. “It feels terrible to know the money might have gone to who knows what, and that’s very concerning.”

Slowly, would-be donors are waking up the realities of charitable giving laid plain by these recent examples: throwing money at a problem does nothing to help if those funds aren’t properly allocated to the people who really need it. Amid the controversy around the MFF, community members began calling for transparency from other buzzy charities, like Black Visions Minnesota and Reclaim the Block.

As people everywhere call for their governments to defund the police and allocate that money elsewhere, Americans also need to hold nonprofits accountable and demand that their contributions be spent on enacting real change. Charity Navigator and Charity Watch are just two groups that evaluate nonprofits and advise consumers on where to direct charitable giving. Part of the allure of donating to a foundation is that you get to foist the responsibility of doing meaningful social work onto someone else. But unless you’re also willing to do the legwork to make sure your money is put to work properly, you might as well have done nothing at all.

More like this
'Exterminate All the Brutes' is a messy, ambitious documentary that ties together genocide, white supremacy, colonialism ... and Josh Hartnett?
By Nicholas Russell
You can feel for Khloé Kardashian and also recognize she's part of the problem
By Kara Weisenstein
Miss Papua New Guinea's TikTok twerks aren't the problem — misogyny is
By Kara Weisenstein
Stay up to date